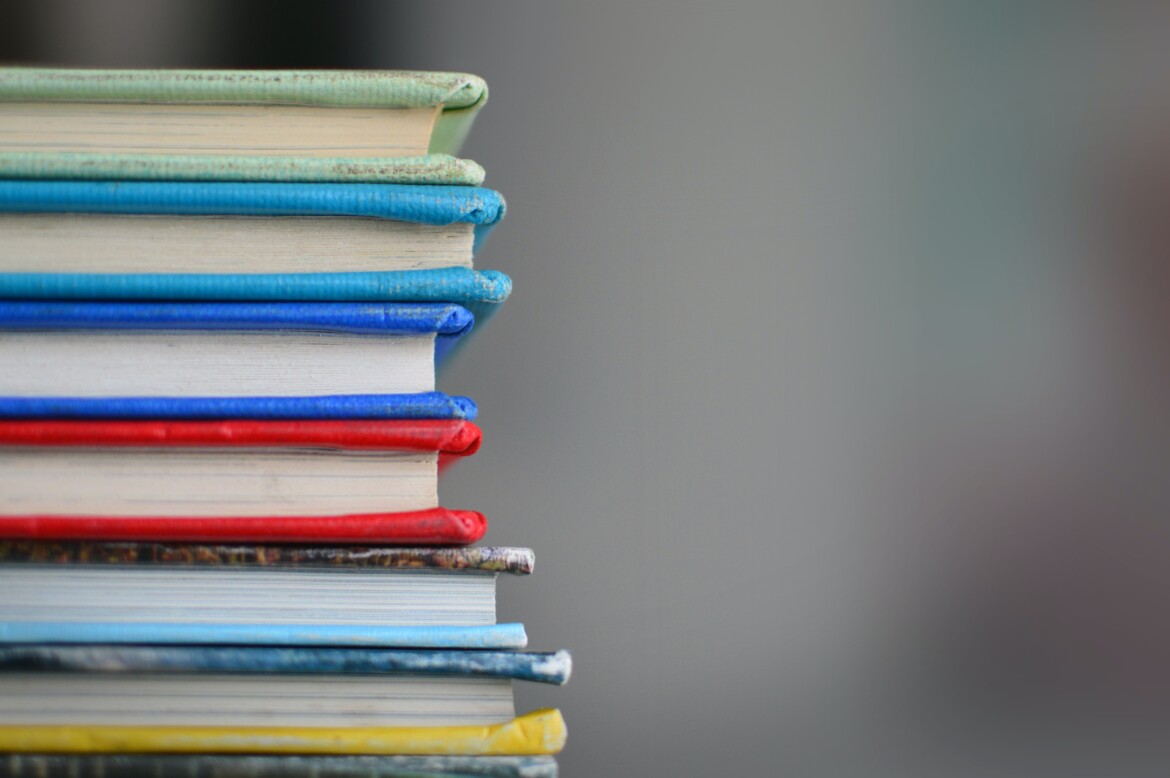 Photo by Kimberly Farmer on Unsplash

If you are inclined to do some under-your-breath grumbling when that book club buddy foists yet another 600-plus-page doorstopper on the group for the next discussion, Kenneth C. Davis has 58 great ideas for you. The New York City-based historian and author, whose entertaining “Don’t Know Much About History” best-seller from four decades ago led to a subsequent slew of “Don’t Know Much About . . .” books, has gone in another direction entirely with his latest work.

Released in late November, “Great Short Books: A Year of Reading – Briefly” (Scribner, $25.20, 448 pages) is Davis’ pandemic-curated list of that many novels in a variety of genres and languages that he considers superb, even though every one clocks in at 200 pages or less. His selections run a chronological gamut, from the 18th-century to the present day, and they include works by 11 Nobel Prize winners and a number that captured Pulitzers. While you will have heard of or even read some, there are others that will doubtless be new to you. Davis is convinced you will find much to admire in them all.

He got the idea during the lockdown as he found himself, while seeking an antidote from stress, reading a tale a day from another pandemic-inspired book, Giovanni Boccaccio’s “The Decameron,” a 14th-century novel consisting of a collection of tales told by 10 fellow travelers escaping the plague in Florence. He includes a quote from that medieval Italian author on the frontispiece as well as this sage advice from Strunk and White’s more modern “Elements of Style”: “Omit needless words.”

“Why short books?” he asks in his introduction and goes on to answer: “A short novel is like a great first date. It can be extremely pleasant, even exciting, and memorable. Ideally, you leave wanting more. It can lead to greater possibilities. But there is no long term commitment.”

Listed in alphabetical order by title, the books are described in a strict format: Coming first are the opening lines or a passage, followed by a concise plot summary that scrupulously avoids spoilers. Next is a brief essay on the author’s life and times and how they impacted the writing. Then, a “Why You Should Read It” section includes Davis’ own opinions as well as appraisals from other approving critics, and he winds up each selection with suggestions for exploring more works by the same author.

Opening lines that build the intrigue from the get-go draw a reader in, and Davis makes the case with these from E.B. White’s “Charlotte’s Web,” a children’s classic he insists has much meaning for adults as well: “Where’s Papa going with that axe?” said Fern to her mother as they were setting the table for breakfast.

Another surefire attention grabber comes up in the section on Ian McEwan’s “On Chesil Beach”: They were young, educated, and both virgins on this, their wedding night, and they lived in a time when a conversation about sexual difficulties was plainly impossible.

Davis also thinks that a short novel by a great author is an open gateway to his or her more weighty works; a case in point is Toni Morrison’s 1973 novel “Sula,” which he suggests will point a reader to her more challenging masterpiece, the 1988 Pulitzer Prize-winning “Beloved.” Morrison, James Baldwin, Philip Roth, F. Scott Fitzgerald and Stephen King are among the most recognizable names among the selections, but I must confess to my own ignorance about Ukrainian-Brazilian author Clarice Lispector’s “The Hour of the Star” or the very first book listed, “Agostino,” a 1945 novel by Italian author Alberto Moravia. So I consider Davis’ “Great Short Books” a gift to readers, a true treasure trove of literary recommendations.

Beyond the booklending: It’s fairly common knowledge that your friendly local library has a great deal more to offer than getting some good reading into your hands. Many of them afford computer time to do your taxes, maybe even a session with a helpful expert on that; some have tools you can borrow for your home project, art to rent to put on your walls or movies to stick in your DVD player.

The Walnut Creek Library has been presenting a series of free “Live! From the Library” programs that highlight literary or cultural achievements, and the latest one brings Ph.D. in theater studies expert Beth Wynstra all the way from Massachusetts to the library’s Oak Room at 7 p.m. Jan. 12 to present “One Singular Sensation: The Power and Passions of American Musical Theatre.” An associate professor of English at Babson College, Wynstra directs plays and musicals there, where she is the founding artistic director of The Empty Space Theatre.

Light refreshments will be served, and you can expect an audience singalong to ramp up the fun. Registration is required, either at https://www.wclibrary.org/live/ or 925-935-5395.

Care to practice a bit before you go? Check out Wynstra’s program title song from Marvin Hamlisch for the 1985 musical “A Chorus Line” here.

Author alert: “Women in Rebellion: Daughters of Immigrants Defying the Double Bind” is the topic under discussion when Asian-American author Amy Tan and her longtime friend, Iranian-American novelist Susanne Pari, meet in the Koret Auditorium of the San Francisco Public Library at 6 p.m. Jan. 17 for a 40-minute discussion about how their fiction reflects the ways in which women reject restrictions imposed on them by their heritage.

The session, sponsored by Book Passage, will be followed by a Q&A with the audience and a book signing. The Bay Area’s Tan, of course, is the author of “The Joy Luck Club,” “The Kitchen God’s Wife” and “The Bonesetter’s Daughter,” but she will be signing copies of her 2017 memoir, “Where the Past Begins.”

Pari, who now divides her time between here and New York, lived in both New Jersey and Iran until the 1977 Islamic Revolution forced her family out. She will be signing copies of her new novel, “In the Time of Our History,” which revolves around the rebellious daughter of Iranian-Americans as she struggles to untangle secrets and reconcile conflicts within her family. The event is free. Find more information at www.bookpassage.com.