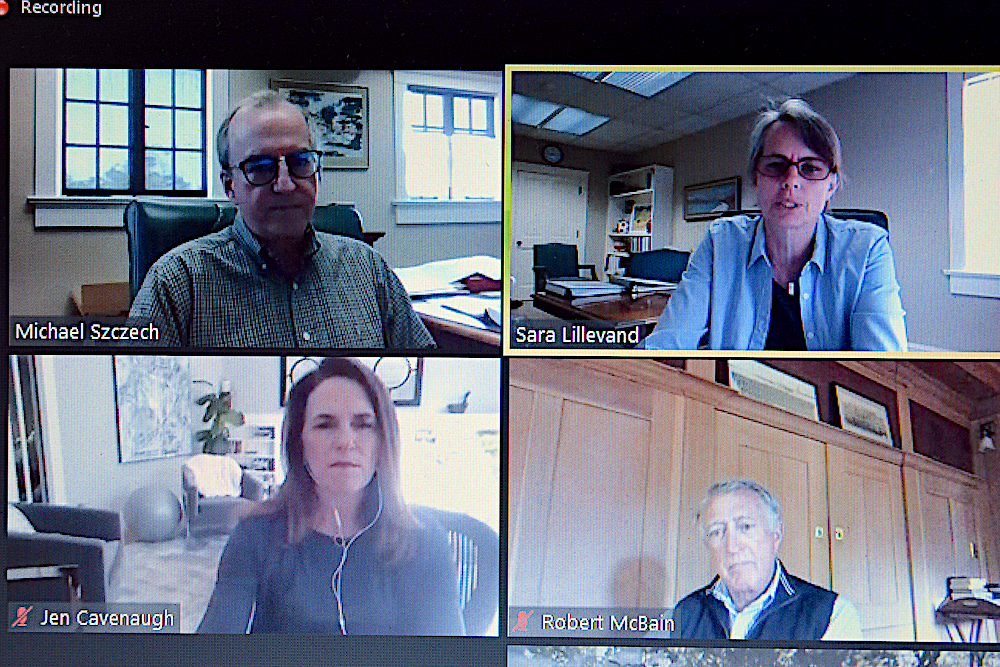 Public meeting rules during the pandemic were relaxed to accommodate stay-at-home orders and to prevent the spread of COVID-19. With the worst of the pandemic behind us, Governor Newsom announced his intention last year to rescind the COVID-19 State of Emergency at the end of February of 2023. Elected officials will now be required to once again appear in person for public meetings with some limited exceptions. (Learn more about the Brown Act — the law governing public meetings in California HERE.) Whether or not the public, staff, or other meeting participants can continue to participate remotely in public meetings (ie, via Zoom) is up to the governing bodies.

At its Jan. 11 meeting, School Board President Veronica Andersen Thigpen announced that the district could no longer support hybrid meetings and would revert to the pre-pandemic practice of only allowing public comment in person or by email. After hearing from parents dismayed by the decision, PUSD now says it is considering ways to allow Zoom comment going forward. On Tuesday, Jan. 24, the PUSD school board issued the following statement:

The PUSD Board of Education welcomes public comment at its meetings. Members of the community have always been encouraged to attend meetings in-person, or to email the Board directly with their comments at any time.

Since the arrival of the COVID pandemic, public comment has also been available via Zoom while meetings were being held remotely and after returning to in-person meetings in October 2021.

Unfortunately, the staff that has been supporting the Zoom option is no longer available. The decision to phase out Zoom meetings was initially guided by considerations of cost, as well as the low number of attendees using this option. However, community feedback has demonstrated continued interest in allowing the public to comment on Zoom, so we are in the process of working with the Interim Superintendent to explore other solutions.

(Since March 2020, PUSD’s Zoom sessions have generally been run by Sylvia Eggert, the executive assistant to the superintendent or more recently by Brian Killgore, the district’s communication director.)

At its meeting on Jan. 17, Piedmont’s City Council and city administrator discussed the pros and cons of continuing to allow public participation via Zoom at council meetings, deciding in the end that its public benefit outweighed the overtime costs. At the same time, it said, it would stop offering a hybrid participation option for some commissions and committees that were sparsely attended.

According to the staff report, the meeting moderator has been the administrative assistant for the department which staffs the legislative body or the Deputy City Clerk for the City Council, working overtime. The city said this translates to an additional cost of between $55 and $80 per hour (before benefits) for this staff member for the duration of the meeting plus setup and takedown time. For meetings which allow teleconference participation by the public that would not normally require KCOM staff, a cost of between $41 and $55 per hour is incurred.

Both city council and PUSD school board meetings can be viewed on KCOM’s live stream or Channel 27. KCOM-TV broadcasts live meetings of the Piedmont City Council, School Board, Planning Commission, Park Commission, and Recreation Commission.