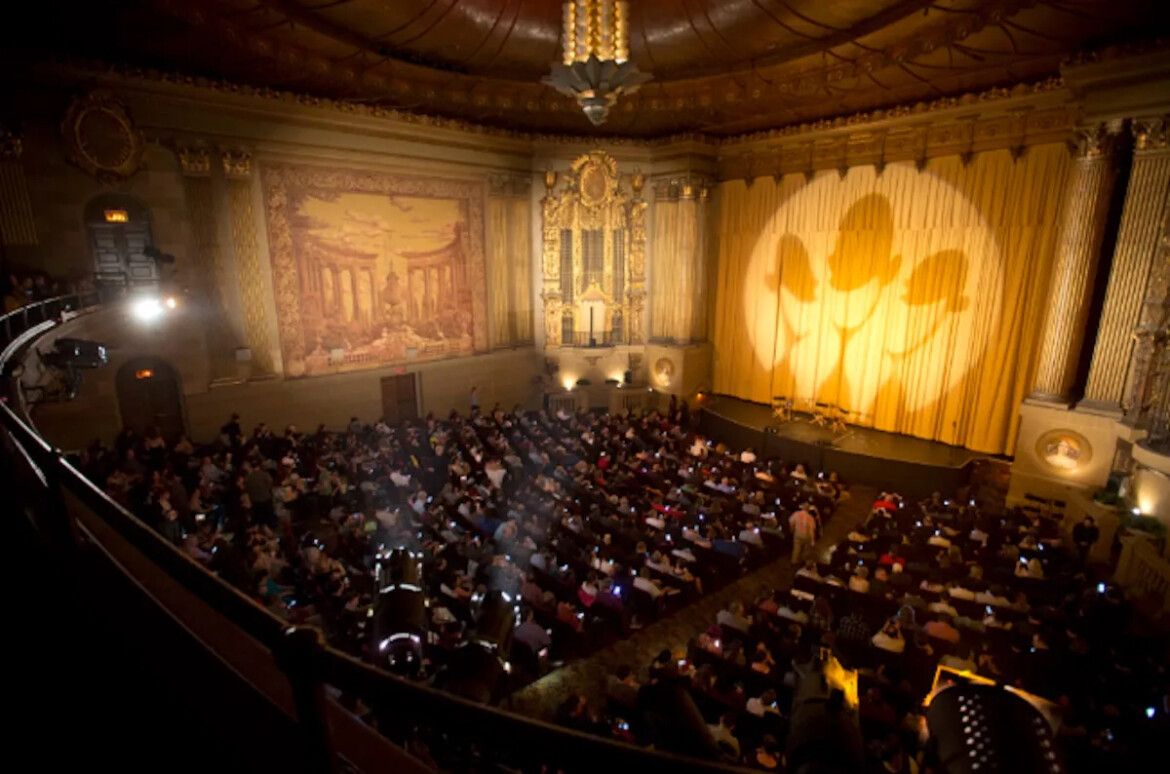 The Castro Theatre will be the site of two 2023 SF Sketchfest events on Jan. 28: “A Mighty Wind” anniversary reunion at 1 p.m. and an evening with Elliott Gould at 5 p.m. (Courtesy Tommy Lau/SF Sketchfest)

“We’ve been wanting to have our 20th anniversary for going on three years now — be nice to finally have it,” quips Cole Stratton.

Stratton is referring to SF Sketchfest, the renowned San Francisco comedy festival he and co-founders Janet Varney and David Owen created, and continue to produce and program.

On a pandemic-related hiatus since 2020, SF Sketchfest 2023 is a go for Jan. 20 through Feb. 5, with each day’s lineup featuring dozens shows and comics in 11 venues — a testament to its growth.

“We just kind of kept rolling with it every year, surprised that there was the response that there was. And now 20 years later, it’s still mind boggling to me that it is what it is, but I’m very proud of it,” says Stratton.

What began as a humble effort to showcase local sketch comedy has blossomed into a full-out, and typically sold out, multi-day event. In addition to sketch shows, it also includes stand-up performances, improv, roasts, reunions, anniversaries, tributes, music, storytelling and more.

Stratton explains, “We just kind of put together a big programming list of ideas and stuff — returning shows and other things we think would be fun. We look at movies and TV shows that have anniversaries and put them on a list and think, ‘Well, how can we approach this? What do we want to do?’”

Stratton, Varney and Owen used to rely on a large calendar they purchased from Staples and adhered Post-It notes to days they thought might work for the festival and lineup; their process has since advanced to the point of not needing to make the trip to the office supply store.

He adds, “And at this point, thankfully, the festival has [such] a reputation that agents and managers will actually return our emails and often pitch us clients and things to bring to the festival as well. So it’s gotten a little bit easier to program in some senses, but also harder in a lot of ways, too, since we’ve expanded the reach of what we do so drastically.”

With shows in notable spots including the Palace Theater, the Swedish American Music Hall, the Great Star Theater and Cobb’s Comedy Club, the festival offers a vast array of options.

There are tributes to Cheech & Chong (Jan. 31) and David Alan Grier (Jan. 29); stand-up and other appearances from veteran Janeane Garofalo (Jan. 27-28); “A Mighty Wind” reunion with Catherine O’Hara, Jane Lynch, Eugene Levy and other cast members (Jan. 28, sold out); The Bechdel Cast with Caitlin Durante and Jamie Loftus (Feb.1); and special events such as The Black Version (Jan. 20); The Bitchuation Room (Jan. 22, sold out); Asian AF (Feb. 2-3); and Diversity Hires (Jan. 27).

Getting to the big 2-O milestone took time, though, as COVID-19 caused cancellation of the 2021 festival and postponement of the 2022 event until early 2023.

Jokes Bay Area comic Chad Optiz, “It’s so funny to me that last year, they were like, ‘It’s not canceled; it’s postponed. So, are you available next February?’” And I was making fun of that. I was like, ‘Who’s already booked?!’”

Optiz, who lives in San Francisco and regularly appears at Cobb’s and the Punch Line, has three Sketchfest gigs. He’s hosting “The Setup” on Jan. 20 at the Palace Theater, also with Abhay and Richard Sarvate, Tess Barker, Chris Riggins, Johnny Taylor and Sydnee Washington. On Feb. 2 at PianoFight, he appears in “Talkies” with George Chen, Aviva Siegel, Land Smith, Nick Stargu, Katie-Ellen Humphries, Jay Shingle and Jordan Thewlis. And on Feb. 4 at Brava Studio, he’s among the guests in “The Interruption Show” hosted by Dalia Malek, who will interrupt comics “mid-performance to ask burning questions” and “dig for backstories behind jokes.”

A festival veteran, he’s excited about the return to live shows for myriad reasons.

Both Optiz and Stratton note the significance of live comedy shows in terms of their ability to provide a shared, fun and often one-of-a-kind experience for comics and audiences. So SF Sketchfest’s in-person return this year is particularly valuable.

Of the upcoming festival, Stratton says, “I hope people come out and just remember that in these tough times when things are still rough with the economy and with COVID and just everything else happening, laughter is one thing that helps to bring us all together. It helps us just kind of pack away the things that are bothering us at the door and share some hours to unwind and laugh.”

Tickets range from $22 to $55 for SF Sketchfest 2023, running Jan. 20-Feb. 5 at various locations. Tickets to sold-out events may be available at the door on the day of the show and COVID protocols may be in place some venues. For details and the full schedule, visit https://sfsketchfest.com/2023-lineup/.