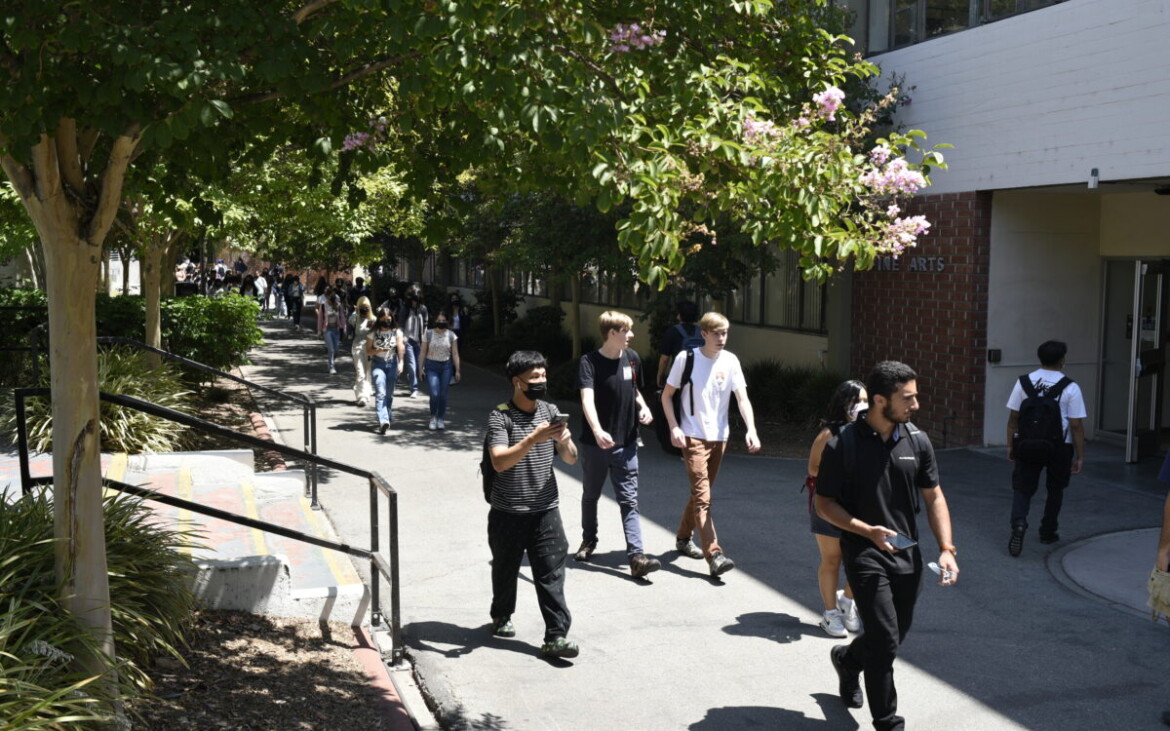 When graduate students and researchers at the University of California launched the nation’s largest strike of academic workers in American history, they may have set an example for what California State student employees might do this spring semester at the state’s other massive university system.

Cal State academic student employees, support staff and service workers in the nation’s largest university system have been demanding better wages and compensation for years. And multiple studies have concluded that CSU staff — including those who perform important teaching and grading functions — are underpaid.

“We will be fighting for a lot of the similar things that the UC folks have been fighting for,” said Lark Winner, president of UAW 4123, which represents more than 11,000 teaching assistants, graduate assistants and instructional student assistants across the 23 campus system. “Many of our members are rent-burdened, the vast majority of them have limited access to transit support, and our wages are not satisfactory to cover our living expenses.”

UC academic workers recently reached an agreement with the university system and ratified new contracts that included improvements in salaries and working conditions. But it came after weeks of disruption, grades delayed, classes canceled and research paused.

CSU will start bargaining with the academic student employees and other staff unions this spring. And if negotiations don’t go well, some workers have already expressed they’re not afraid to follow in UC workers’ steps and go on strike.

The scale of a work stoppage or strike at CSU might be less than UC experienced because the numbers of such employees are far less than the 48,000 UC academic workers. Plus, Cal State only offers a few doctoral programs, contrasted with the many at UC. Still, CSU graduate assistants and instructional student aides often teach courses, participate in research and provide grading.

In a statement, a representative from the chancellor’s office said, “The CSU deeply values its employees and is committed to ensuring competitive wages, benefits and rewarding careers that fulfill CSU’s mission of providing students access to a high-quality, affordable education.”

They went on to say they “look forward to meeting with UAW’s representatives and hope to have meaningful discussions at the bargaining table.”

Winner said she’s hopeful that CSU will be more willing to negotiate than UC initially was with its graduate employees.

In their last contract two years ago, the student employees negotiated for a 19.7% increase to their minimum pay for all graduate and teaching assistants. But with most employees hired at or near the minimum wage, that increase has not provided enough to cover living expenses, Winner said.

Most graduate student academic employees are given about six hours a week to teach a college-level course, with many taking on two courses a semester. Typically, they average about $12,000 a year, Winner said.

Some of these student employees don’t just assist or help adjunct or full-time professors, either. They may teach the main courses without professors or lead discussion sections.

“These are graduate students who are pursuing their master’s degree,” Winner said. “One thing that we really need to fight for in this upcoming negotiation is one that was already fought for and won in the UC system, and that is tuition fee waivers.”

Unlike the UC, most CSU campuses don’t offer tuition waivers for graduate student employees. So it’s not uncommon for those people to pay more in tuition and fees every semester than they earn from their position working for the university, she said, adding that some departments force their graduate students to sign agreements that they won’t seek outside campus employment during their program. Only San Diego State and San Jose State offer tuition fee waivers to graduate employees.

“So folks are going into debt with student loans,” Winner said.

Francesca Felder, a graduate student studying philosophy at San Francisco State, has worked as a graduate teaching assistant on the campus for three semesters, which means that she’s taught philosophy and critical thinking courses at the university. But she also had to supplement her income by working as a barista, especially to “afford the Bay Area’s cost of living,” she said.

Felder’s CSU contract allowed her to work a maximum of two classes a semester. No graduate teaching assistants work more than 20 hours a week at the San Francisco campus, she said, adding that the time is spent teaching, hosting office hours and preparing the class.

Felder said that for six months of teaching two classes, she earned about $7,000 before tax.

“And I’m lucky because I live with a partner who makes a real salary, and I also have financial support from my parents and work as a barista,” she said. This past semester she stopped teaching to work as an instructional student aide and grade papers for $16.50 an hour.

Felder said there is a “talking point” from professors or administrators about “what a great educational opportunity it is for students to have the chance to work these jobs and that we get so much from being able to teach our peers and to teach other students.” And that talking point is used to justify the low compensation given to student employees, she said.

“That doesn’t mean that we shouldn’t be compensated fairly for our labor,” she said, adding that the low wages often hinder socioeconomically disadvantaged students from becoming graduate and teaching assistants, often a first step toward careers in academia. “We love what we’re doing and deserve fair compensation and a say over our working conditions.”

CSU’s staff salary study, released last April, included a list of improvements the system needed to make to boost compensation for more than 30,000 nonfaculty employees across 11 different bargaining units, including information technology, health care, clerical and custodial departments. But some of those improvements weren’t relevant to the student employees, who make up the largest bargaining unit of the group. For example, the need for a step-salary structure based on job levels was recommended to improve compensation for support staff over many years, but student employees may only work two or three years for their university.

But other issues affect the student workers, like the need for parental leave, health care and help with housing costs, Winner said.

“The CSU system actively promotes itself as being that gateway higher education system in California for first-generation college students, for students coming from marginalized backgrounds, and that includes nontraditional students who have children,” she said. “Yet there is no child care or parental benefits for these student workers.”

In September, CSU turned to the Legislature to help improve staff pay by requesting $261 million for raises — a figure that still falls short of what is needed to cover staff and faculty salary increases. And this spring, the system is awaiting details of a faculty salary study, which they expect will also underscore that professors are poorly compensated compared with other universities.