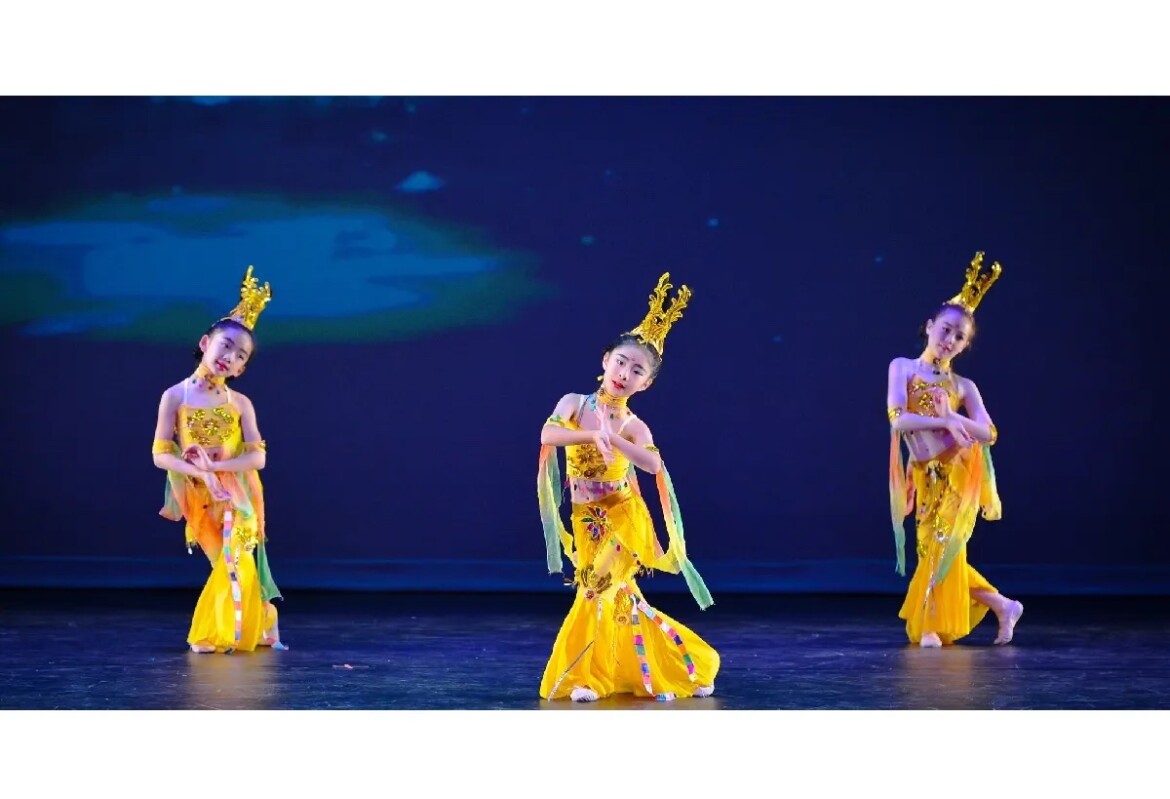 The Xiaopei Chinese Dance group will perform Jan. 21 at the Bankhead Theater Plaza as part of a Lunar New Year celebration. (Yingjun Photography)

Freebie(s) of the week: The Lunar New Year is an important and vibrant celebration for many Asian cultures and communities, so it’s no surprise that the Bay Area offers plenty of opportunities to take part in the colorful festivities. This weekend alone offers several free events. At San Jose History Park, 635 Phelan Ave., the celebration runs Friday through Sunday and features lion dancing, martial arts demonstrations, karaoke, calligraphy, and more. Hours are noon-8 p.m. Friday, 8 a.m.-8 p.m. Saturday and 9 a.m.-4 p.m. Sunday. The event is free but you can reserve admission at eventbrite.com (search for San Jose 2023 Lunar New Year Celebration).

At Livermore’s Bankhead Theater Plaza, a celebration runs 10 a.m.-4 p.m. Saturday, with performances and demonstrations by the terrific Xiaopei Chinese Dance troupe, KungFu Dragon USA and the Zitheras Academy in San Ramon (for you zither fans out there), and more. More information is at livermorearts.org.

New era at San Francisco Ballet: Acclaimed dancer, choreographer and director Tamara Rojo has taken the reins at San Francisco Ballet, succeeding the company’s longtime and legendary artistic director Helgi Tomasson. And what could be a better start to her first full season than a three-week festival serving up nine brand new dances created by some of ballet’s most cherished choreographers? Titled next@90 (denoting the company’s 90th season), the series presents the nine new dances in three programs. In a sense, the series personifies the company’s transition from old to new, since the choreographers began designing their works for the festival last year, when Tomasson was still in charge. The works represent a wide variety of choreographic styles and scores, from classical to contemporary.

Music from the movies: George Gershwin’s jazz-infused score for “An American in Paris” (all those taxicab-honking horns!), as arranged by Clarice Assad, is in the lineup as Daniel Hope and the New Century Chamber Orchestra present a program of “Cinematic Escapes” over four evenings this weekend, beginning with Thursday’s 7:30 p.m. performance at the Osher Marin JCC in San Rafael. Ennio Morricone and Bernard Herrmann, both of whom produced great movie music, are also represented, the former with his stirring score for “The Mission” and those for “Cinema Paradiso” and “The Good, the Bad and the Ugly.” They’ve skipped over the skreek, skreek, skreek strains from Herrmann’s “Psycho” score, choosing his “Vertigo” score instead, in a suite version arranged by Paul Bateman. Hope and his violin also team with Ukrainian pianist Alexey Botvinov for the first three programs to perform Tan Dun’s Double Concerto for Violin, Piano and String Orchestra with Percussion.

The second and third concerts take place at 7:30 p.m. Friday in Berkeley’s First Congregational Church and Saturday at the Herbst Theatre in San Francisco. For the final concert, at 2:30 p.m. Sunday in Stanford University’s Bing Hall, the Philip Glass Piano Concerto No. 3 will replace the Tan Dun work. Find tickets, $30-$68, through ncco.org.

In search of paradise: The incomparable mezzo-soprano Joyce DiDonato, now up for a Grammy this year for best solo classical performance, brings that very work, a multifaceted project, to the Bay Area this week at Stanford and University of California, Berkeley. Joined by the early music ensemble Il Pomo d’Oro and, for the Berkeley show, the Piedmont East Bay Children’s Choir, DiDonato presents “EDEN,” a semi-staged concert co-commissioned by CalPerformances that fuses theatrics and music from the 17th to 21st centuries in a quest, as DiDonato puts it, “to tell the story of Paradise.” Charles Ives’ “The Unanswered Question” and “The First Morning of the World” are on the program, which also includes music by Mahler, Handel, Gluck, Copland and others.

A time-traveling holiday: The Jewish holiday of Passover celebrates the biblical story of the Israelites’ escape from slavery in Egypt. And as playwright Ali Viterbi observes in her new work “In Every Generation,” it is much more than a festive feast, it is a catalyst for reflection on a great many matters, from religious to cultural to personal. In “In Every Generation,” Viterby follows one multicultural family’s celebration of Passover in four time periods – during the Exodus itself, 1954, 2019 and 2050. One thing that connects the four family gatherings is the fact that so many of the issues that come up – faith, race, the nature of freedom – are unresolved. Viterbi reportedly began writing “In Every Generation” after the infamous 2017 Unite the Right rally in Charlottesville, during which far-right, white nationalist and neo-Nazi groups gathered to promote a horrifying cavalcade of racist and antisemitic views.

Directed by Michael Barakiva, “In Every Generation” gets its West Coast premiere by TheatreWorks Silicon Valley. Performances are Friday through Feb. 12 at Mountain View Center for the Performing Arts, 500 Castro St. (previews are Wednesday and Thursday). Tickets are $30-$85; go to www.theatreworks.org