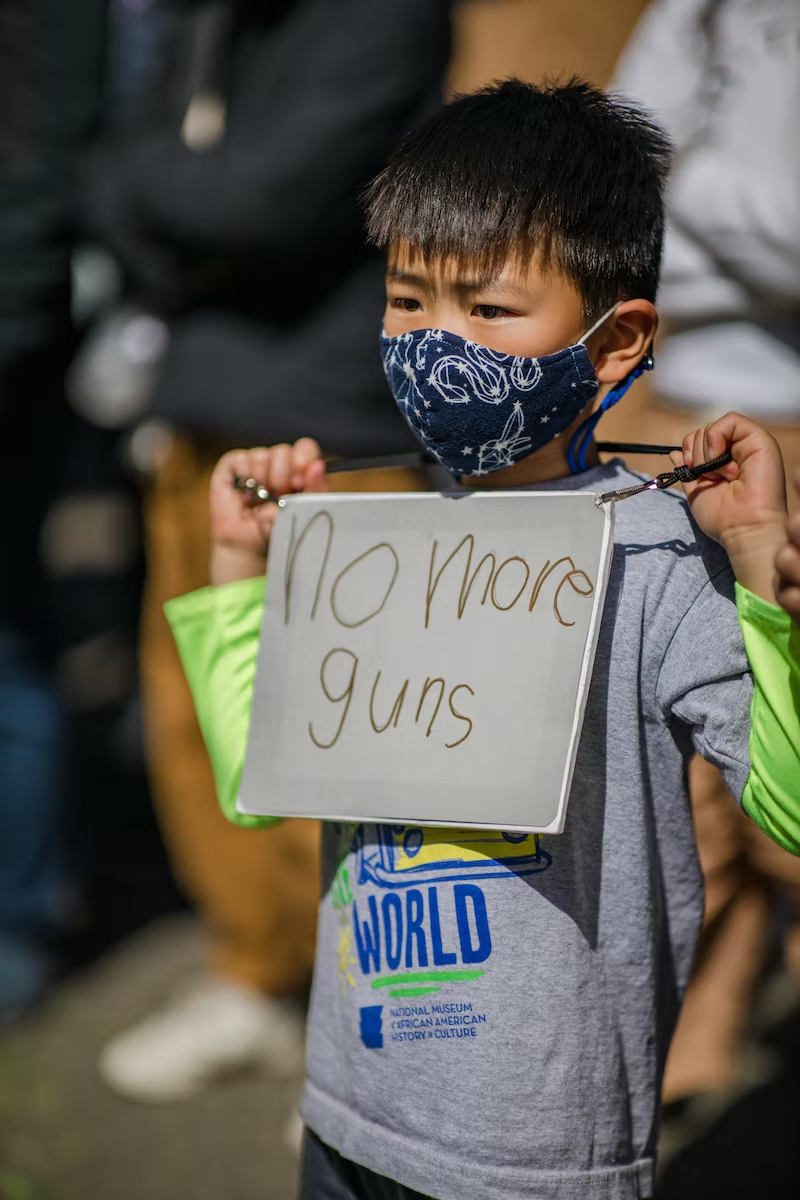 It’s difficult to explain a senseless act of violence.

But after every mass shooting — in just the last two days, the total in 2023 went from 33 to 39 nationwide — we (the media, the public and policymakers) try anyway.

The motive remains unclear as law enforcement continues to investigate the massacre in Monterey Park, near Los Angeles, that claimed its 11th fatality on Monday — although some reports cited recent personal disputes and emotional problems.

And then Half Moon Bay

The question is being asked again, after yet another mass shooting: Monday afternoon, even as California lawmakers held a vigil on the steps of the state Capitol for the Monterey Park victims, authorities responded to shooting reports in the seaside city of Half Moon Bay near San Francisco. Seven Asian and Latino agricultural workers were killed in two related shootings. Chunli Zhao, 66, was arrested a little more than two hours later in his vehicle parked at a sheriff’s station, said the San Mateo County Sheriff’s Office. This morning, the sheriff’s office said Zhao was a co-worker or former co-worker of the victims and described the shooting as a “workplace violence incident.”

In a statement this morning on the Half Moon Bay shooting, President Joe Biden called on Congress to pass a ban on assault weapons and another bill introduced by Sen. Dianne Feinstein of California to raise the purchase age to 21.

The lack of a clear motive in Monterey Park hasn’t prevented some elected officials from focusing on one theme common to many mass shootings: easy access to guns.

The suspect, 72-year-old Huu Can Tran, had an arsenal at his disposal. He used a semi-automatic pistol with an illegal large-capacity magazine at the Monterey Park dance studio, where authorities found 42 shell casings.

Tran also had a 9mm semi-automatic weapon when he entered a dance studio in Alhambra, where Brandon Tsay, 26, fought and disarmed Tran and saved more lives. Tsay met Monday with Gov. Gavin Newsom, who joined others in calling him a hero.

Police found a handgun in the van where Tran killed himself in Torrance. And in a search of his Hemet home, authorities found a rifle, ammunition and evidence he was making homemade silencers, said Los Angeles County Sheriff Robert Luna.

At the vigil following floor sessions with moments of silence and condolences, lawmakers acknowledged the limits of California laws, especially since many have been struck down by courts in the last three years. For some legislators, that means looking to other states for coordination.

Assemblymember Evan Low speaks during a vigil in remembrance of the Monterey Park shooting victims, hosted by the Asian American & Pacific Islander Legislative Caucus at the state Capitol on Jan. 23, 2023. Photo by Miguel Gutierrez Jr., CalMatters

All of the victims except one were 60 or older and were identified today. Victims’ families are eligible for support from the state’s Victim Compensation Board.

Last June, the Legislature and the governor announced that California taxpayers would receive between $350 and $1,050 in relief payments to help with the rising costs of gas and other staples.

While the money started going out in October, many are still waiting for that relief. That’s why Assemblymember David Alvarez, a Democrat from Chula Vista and chairperson of the state’s Joint Legislative Audit Committee, told KCRA he’s pursuing a state audit of the Franchise Tax Board’s handling of the payments.

His request to the state auditor, which a spokesperson acknowledged, follows months of problems with the state’s Middle Class Tax Refund payments, including fraud and eligible people not receiving their funds.

Alvarez said he and other lawmakers are also concerned about the lack of responsiveness from the state’s tax agency.

Today, Assembly Republican leader James Gallagher of Yuba City applauded Alvarez’s move: “The failure to get these refunds out in a timely manner and (once again) prevent fraud in a government program deserves scrutiny and accountability.”

And even though the relief payments are being issued through debit cards or direct deposit, if you didn’t file taxes for 2020, you may have missed out.

More questions on the gas rebate? Check our FAQ.

California is still drying out from the devastating and deadly series of storms from late December to mid-January that caused widespread flooding, an estimated $1 billion in damage and 20-some deaths.

Clear skies are forecast for the next 10 days or so — a “beneficial break” with cool temperatures that won’t melt too much of the state’s essential snowpack, says Daniel Swain, a climate scientist at UCLA’s Institute of the Environment and Sustainability.

But in early February, a new round of atmospheric rivers could be headed for California, though Swain says they’re unlikely to pose a flood threat.

That’s welcome news to those who are still recovering. Many are doing so with little financial help, since only about 2% of California properties have flood insurance policies, on top of regular homeowners’ insurance, the Associated Press reports.

If the February storms don’t bring floods, that could also be a relief to the Newsom administration.

To help cover a projected $22.5 billion budget deficit, Newsom’s proposal would cut $40 million for flood protection projects along high-risk rivers in the San Joaquin Valley — though that was decided in early December, weeks before the record rainfall. Wade Crowfoot, secretary of the California Natural Resources Agency, told the Associated Press that the recent storms could change the administration’s thinking on the San Joaquin projects.

Newsom’s budget proposal does include $202 million in new spending for flood protection: $135.5 million over two years to reduce urban risk, $41 million to strengthen levees in the Sacramento-San Joaquin River Delta and $25 million to reduce flooding risks in the Central Valley.

Some stories may require a subscription to read