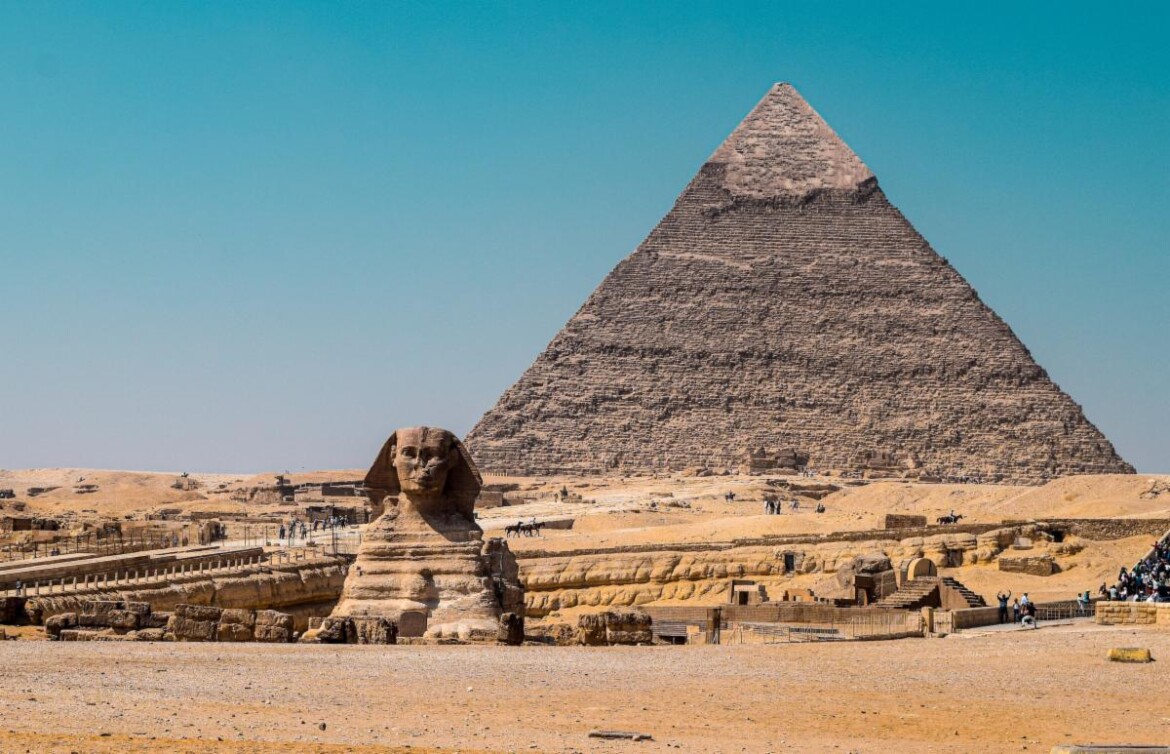 The tract homes of ancient times could use some variation.

Tuesday marked the first COMPASS meeting of the new year, so in spite of the torrential rain, hail storms, and frightening thunder, a friendly and familiar group of Realtors® came together at the Berkley office to discuss the market and the coming year . . . (Spoiler alert: none of us knows what’s going to happen.)

As it’d been several weeks since we saw one another, we also talked about the holidays and how we’d spent the time off??? As many of my colleagues read “The Perspective,” I was greeted with inquiries of “How was Egypt?” (Egypt was fascinating, thank you very much.)

But if I’m being completely honest, after the third or fourth ruin, I’d come to the conclusion that the pharaohs must all have worked with the same designer . . . turns out the pyramids were the tract homes of the Ptolemaic Period. (Who knew?) From a highly-UNinformed, layman’s perspective, the pyramids are overly LARGE triangular-shaped edifices made out of stone with several rooms and chambers neatly arranged inside. In what can only have been a highly labor-intensive task, the walls and ceilings are covered in hieroglyphics. Originally brightly colored, these once dramatic pictorials are now faded representations of a historic dynasty. (Given that the decor is 4,500 years old, it’s to be expected.) Still, a little variation on the theme might have been nice; yes? Maybe a window or two? (I’m just sayin.’)

Regardless, while I’m extremely grateful for the opportunity to experience other countries and cultures, I invariably find myself anxious to get home within a few weeks – no matter how fabulous, wonderful, or exotic the trip.

My husband, Cliff (Indiana Jones in a parallel universe) is a far more intrepid traveler and dreams of a future where we can pull up stakes and casually linger in cafes in some of the countries we’ve visited all too briefly in the past. Italy? Sweden? Holland? France? (Oui.) But he’s just as excited to spend time wandering through archaic piles of stones for hours on end.

Me? Not so much. I like order. I like neat and tidy. I like my creature comforts. I miss my kids, our dog, and ICE! While I was curious to see the pyramids, after nearly three years of nonstop Real Estate, I was just as ready for some R & R at Sharm El Sheik on the Red Sea. (That was a treat.)

Updating your space for whatever your journey might be

As the Egyptian government isn’t exactly interested in my ideas for modernizing the pyramids (or sweeping the sand), I’m busy doing my own updating now that we’re back at home, adding custom cabinets to our kitchen and extending the island with a butcher-block addition to fill in dead space.

While I’m at it, I’ve also had the island and pantry doors repainted a deep navy blue (tres chic), rearranged the furniture throughout the house, edited my flea market finds and ordered an extremely bold wallpaper for the apartment downstairs. In short, I’m nesting BIG TIME and tweaking the things I didn’t get exactly right during our construction several years ago. (Call it a professional hazard.)

As an aside, unlike the construction crews of ancient Egypt (aka: slaves), my talented team of carpenters/painters/electricians is actually getting paid more than just food and water for their time and talent, BECAUSE I need to be able to call on these hard-working folks time and again. They help me create the warm and inviting home base I return to after each excursion. More importantly, they are the engine that allows me to express and articulate my love of all things “home.”

Which is probably the one notion I have in common with the ancient Egyptians. The Pharaohs built GRAND monuments and entombed themselves with everything they cherished and loved. While I’m not prepared to go that far (our boys might take issue with joining me in eternity), it’s entirely likely that I’ll be continually improving my tiny corner of the planet as long as I inhabit a place on earth. That’s just the way I roll (a mummy pun for those who’ve made it this far).

Which makes me incredibly adept at helping others visualize their journey come time to sell. In fact, our team is working on four properties set to come to market in the next few months and most of them require a fair amount of updating. Happily, Sarah, Jill, Kate, and I relish the opportunity to improve these properties and make them shine. While we’re deliberately NOT creating a tomb designed to draw millions of tourists centuries from now, we are purposefully crafting an emotionally engaging environment meant to draw interest (just like the pyramids), with the goal of enticing as many potential Buyers as possible.

In a market where none of us knows what’s truly going to happen in the next 12-24 months, the least that we can do is to give you our all – and then see how the market responds.

(BTW – we are just as happy to help you visualize the possibilities even when you’re NOT selling. Give us a shout-out.)