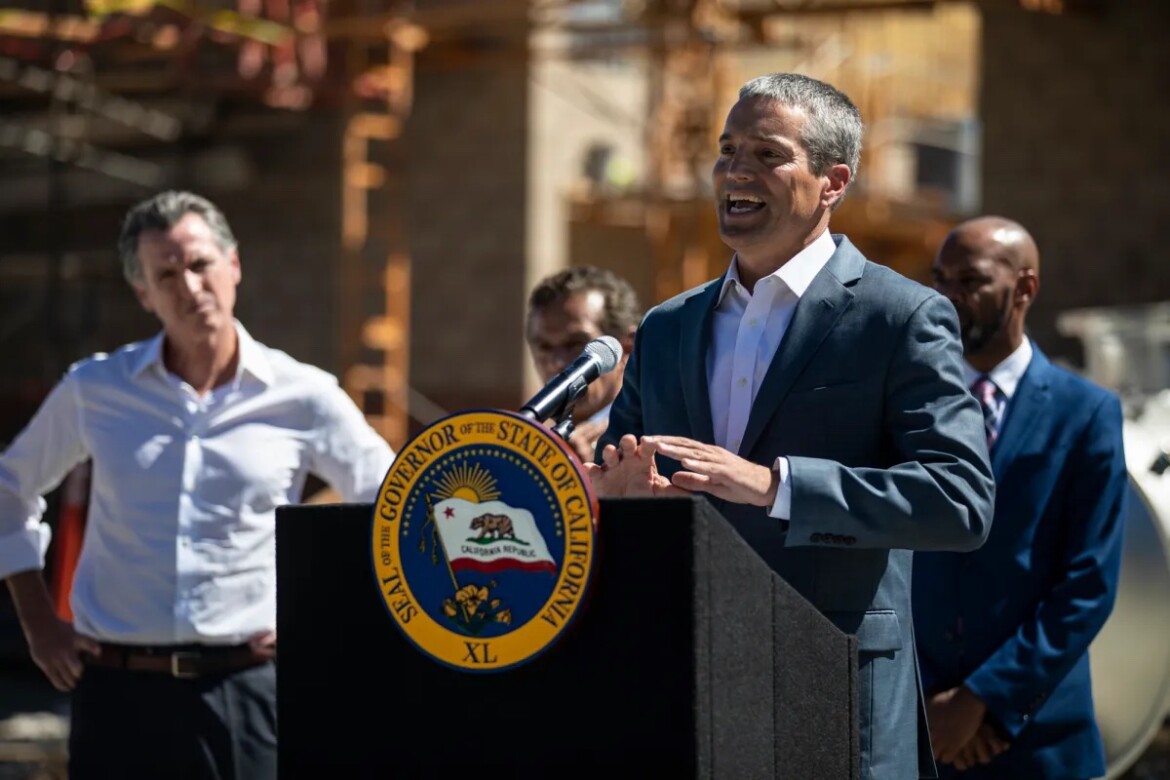 California’s Natural Resources Secretary Wade Crowfoot speaks in front of the site where City of Antioch Brakish Water Desalination Project is being built in Antioch on Aug. 11, 2022. Photo by Martin do Nascimento, CalMatters

California has climate action on the mind.

This week state lawmakers, senior officials in Gov. Gavin Newsom’s administration and prominent environmental leaders are representing California at the United Nations Convention on Biological Diversity in Montreal, Canada — an appearance that could make a splash on the world stage as Newsom continues to tout his climate credentials.

That’s because California is the first and only U.S. state to be an official observer at the convention and it could help fill a leadership void at the federal level, Mary Creasman, CEO of the California Environmental Voters’ Education Fund, told me Sunday. Creasman said the group, which is leading the California delegation, raised money from the Resources Legacy Fund to cover lawmakers’ trip to the convention.

The state lawmakers on the trip — who Creasman said have “been showing a lot of leadership” on climate — are Democratic Assemblymembers Laura Friedman, Phil Ting and Ash Kalra, and Democratic state Senators Ben Allen, Henry Stern, Lena Gonzalez and Scott Wiener.

Creasman said California’s commitment to climate action has ramped up significantly since last year’s U.N. climate change conference in Scotland, when Assembly Speaker Anthony Rendon told me, “I don’t at all feel that we are leading the world anymore.”

One last climate thing: Even after the massive winter storm that swept across much of California this weekend — dumping rain and snow, closing highways, triggering flash flood warnings and cutting power to thousands of people — the state is still mired in drought. Hence state regulators moving last week to extend through January 2024 a ban on wasteful water practices, such as watering lawns when it rains, using hoses to wash off sidewalks and driveways and running decorative water fountains.