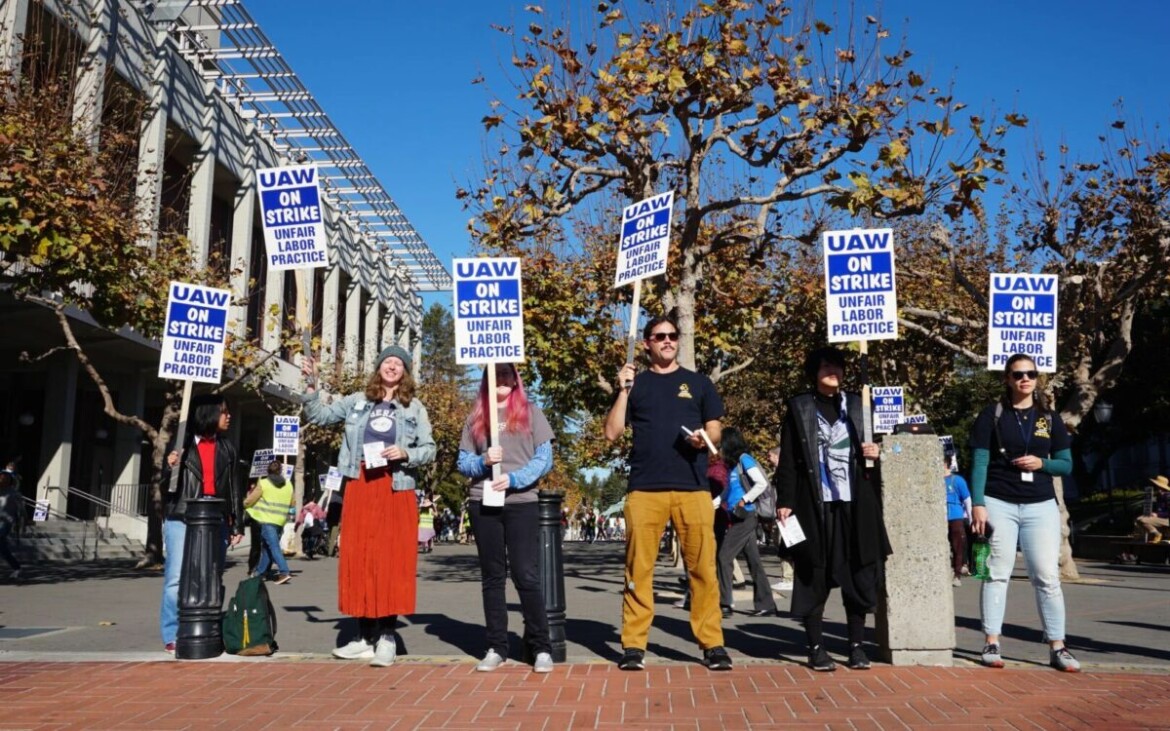 Darrell Steinberg, the mayor of Sacramento, has been selected as the mediator in negotiations between the University of California and United Auto Workers, the union representing the university’s 36,000 academic workers who remain on strike.

University of California and the union representing striking academic workers at the university announced Friday that they will enter private mediation to resolve their contract negotiations.

Seeking better pay, UC teaching assistants and student researchers have been on strike for the past four weeks, unable to reach a deal with UC negotiators.

A timeline for the mediation process has not yet been determined, UC said.

“It is my hope that both parties will enter this mediation with an open mind, a spirit of goodwill, and a focus on compromise. I look forward to working with the parties to secure a contract,” Steinberg said in a statement Monday.

On Thursday, UC negotiators told the bargaining team for United Auto Workers, the union representing 36,000 academic workers who remain on strike, that they wouldn’t be making any additional contract proposals and requested private mediation, according to the union. It was a reiteration of UC’s previous requests since before the strike to bring a third party into talks. On Friday, a majority of the union’s bargaining team voted to accept that route.

Whatever the ultimate outcome, it is likely too late to salvage the chaotic last few weeks ending the fall sessions, where many exams and classes have been canceled and grades delayed.

Seven of UC’s nine undergraduate campus had finals this week. The other two, Berkeley and Merced, have finals next week.

The strike also includes postdocs and academic researchers, who have reached tentative deals with UC but have not returned to work out of solidarity with those who remain on strike.

“The University is pleased that the UAW has agreed to neutral private mediation so that we may resolve our differences and end the strike that has been impacting our students, faculty, and staff,” Letitia Silas, UC’s executive director of systemwide labor relations, said in a statement.

Tarini Hardikar, a member of the union’s bargaining team, said in a statement that UC negotiators “have consistently been unprepared and unserious” during bargaining. “We feel that in order to make progress, it is time for somebody else to step in,” Hardikar added.