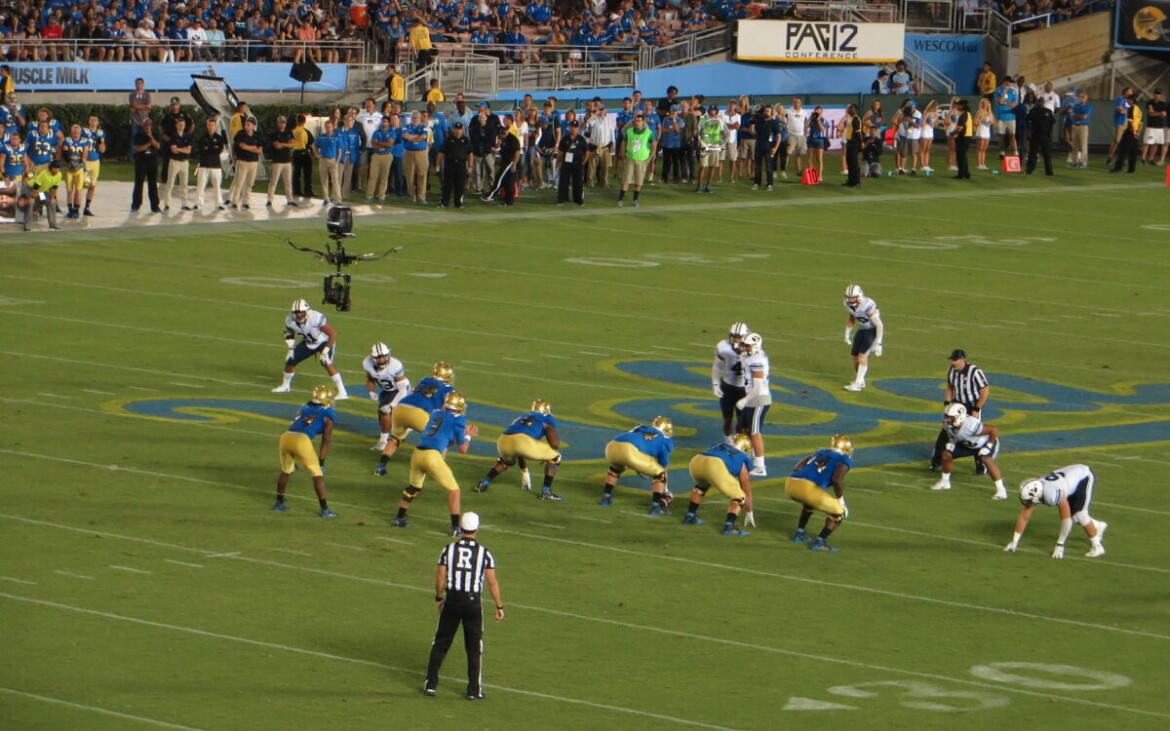 UCLA's football team and other athletic programs are planning a move to the Big Ten.

UCLA’s athletic programs will be allowed to move from their traditional Pac-12 conference to the more financially lucrative Big Ten, the University of California’s board of regents decided Wednesday, ending months of debate over financial implications and impacts on athletes having to travel more nationwide.

In voting to permit UCLA to join the Big Ten beginning in 2024, the regents also said UCLA must mitigate those travel impacts on its athletes and spend millions of dollars annually to increase academic help, add more mental health services and make sure athletes have access to nutritious meals.

UCLA may also soon be asked to make a large financial contribution to UC Berkeley to help offset financial losses that Berkeley may suffer following the departure of traditional sports rivals UCLA and the University of Southern California from the Pac-12. Berkeley will remain a member of that conference, which is based mainly on the West Coast, while the Big Ten includes more Midwest and Eastern colleges. The regents ordered UC President Michael Drake to make a recommendation at a future meeting for a UCLA contribution to Berkeley of between $2 million and $10 million.

On Wednesday, the regents approved UCLA’s move by a vote of 11 to 5. The vote followed a closed-door session and a few minutes of public discussion. Gov. Gavin Newsom, one of the strongest critics of the move, was not present at the meeting.

UCLA. along with the University of Southern California, initially announced in June that it planned to leave the Pac-12 Conference and join the Big Ten in 2024. That sparked months of debate among the regents, who previously said they were considering all options, including possibly blocking the move.

UCLA’s decision faced immediate criticism from some regents, including Newsom, who was displeased that UCLA announced the move without consulting the board. As governor, Newsom is an ex-officio member of the regents board, which includes six other ex-officio members and 14 appointed members. He also questioned how UCLA’s move to the Big Ten would benefit its student-athletes and honor its partnership with UC Berkeley.

“It’s been a long road,” Richard Leib, chair of the board, said during Wednesday’s meeting. “A lot of time has been put into this over the last six months.” He added that he believes the increased funding to support UCLA’s athletes is “substantial and real” and will improve their experiences.

Part of Newsom’s concern related to the increased travel that will likely come as a result of UCLA moving to the Big Ten, since most of that conference’s member schools are located in the Midwest and on the East Coast. The regents on Wednesday called on UCLA to mitigate the travel impacts; those plans must be “designed to reduce the burden of travel on student-athletes to levels comparable to the burden they would have experienced had UCLA continued its membership in the Pac-12,” an agenda item for Wednesday’s meeting states.

Switching to the Big Ten, which has more lucrative media contracts, especially in football and basketball, will be a financial gain for UCLA.

The school’s athletic department is currently in debt and previously faced the possibility of cutting some of its Olympic sports that do not produce their own revenue, but that was avoided with UCLA’s move to the Big Ten. Instead, UCLA’s transition will result in funds for those sports, campus leaders have said.

“The UC Regents are now complicit in sacrificing UCLA athletes’ education to increase salaries for a few people and to gold plate a few more facilities,” said Huma, who played football at and graduated from UCLA.

“UCLA leaders and UC Regents have lost their way. UCLA athletes are not university property. They should be treated fairly in both the educational and business aspects of college sports. This move does neither.”

By 2023-24, UCLA must increase its annual budget levels for several student-athlete support programs, according to the motion voted on by the regents. They include:

UCLA also plans to coordinate with its Academic Senate to ensure that faculty members provide athletes with access to remote courses.

The amount that UCLA may owe UC Berkeley will be determined after the Pac-12 conference finalizes its next television contract, which will likely be less than previous contracts thanks to the departure of USC and UCLA. Any funds contributed by UCLA to Berkeley would be “used to enhance student-athlete support at that campus,” according to the agenda item.

Wednesday’s regents meeting was also supposed to include a meeting of the board’s health services committee. But striking academic workers protested outside the meeting on UCLA’s campus and some continued their protest inside the meeting room, causing delays and some citations.

The regents ultimately decided to take up those discussion items at a future meeting instead.

About 36,000 of UC’s academic workers — including teaching assistants and researchers — have now been on strike for nearly five weeks. UC and United Auto Workers, the union representing those workers, agreed last week to enter mediation to try to resolve their contract dispute.