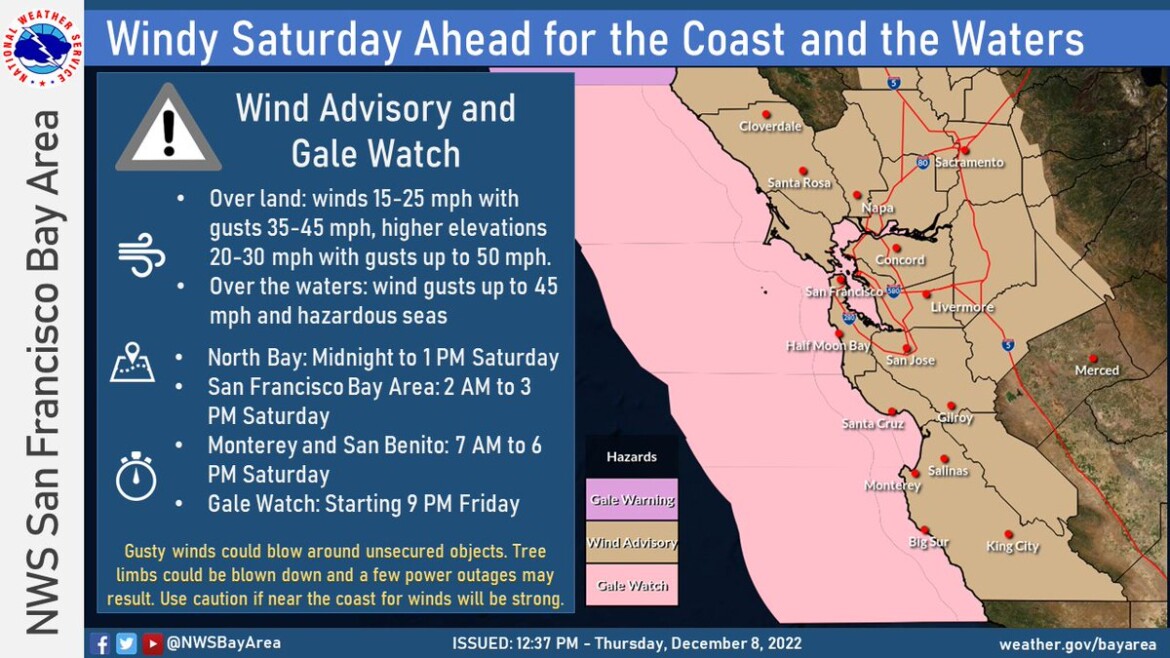 There is more cold, wet and windy weather in store for much of the Bay Area this weekend as a strong front moves in late Friday, according to the National Weather Service.

Rainy, windy weather is forecast starting Saturday from the Central Coast up to the North Bay. Major rain and wind will be hitting those areas on Saturday, with milder but nonetheless rainy activity on Sunday.

Rain in the North Bay, such as Santa Rosa, San Rafael and Napa, could create localized flooding in areas with poor drainage or near small streams, the weather service said. There is also a possibility of power outages and downed trees due to gusty winds.

Interior valleys in this area will hit dangerously cold overnight temperatures in the low 30s, with low 30s to 40s near the coast, culminating in the coldest temps expected on Tuesday and Wednesday morning.

San Francisco and other parts of the Bay Area are in for much the same, with temperatures dipping down into the low 40s. Wind gusts could reach 60 mph in higher elevations, according to the weather service.