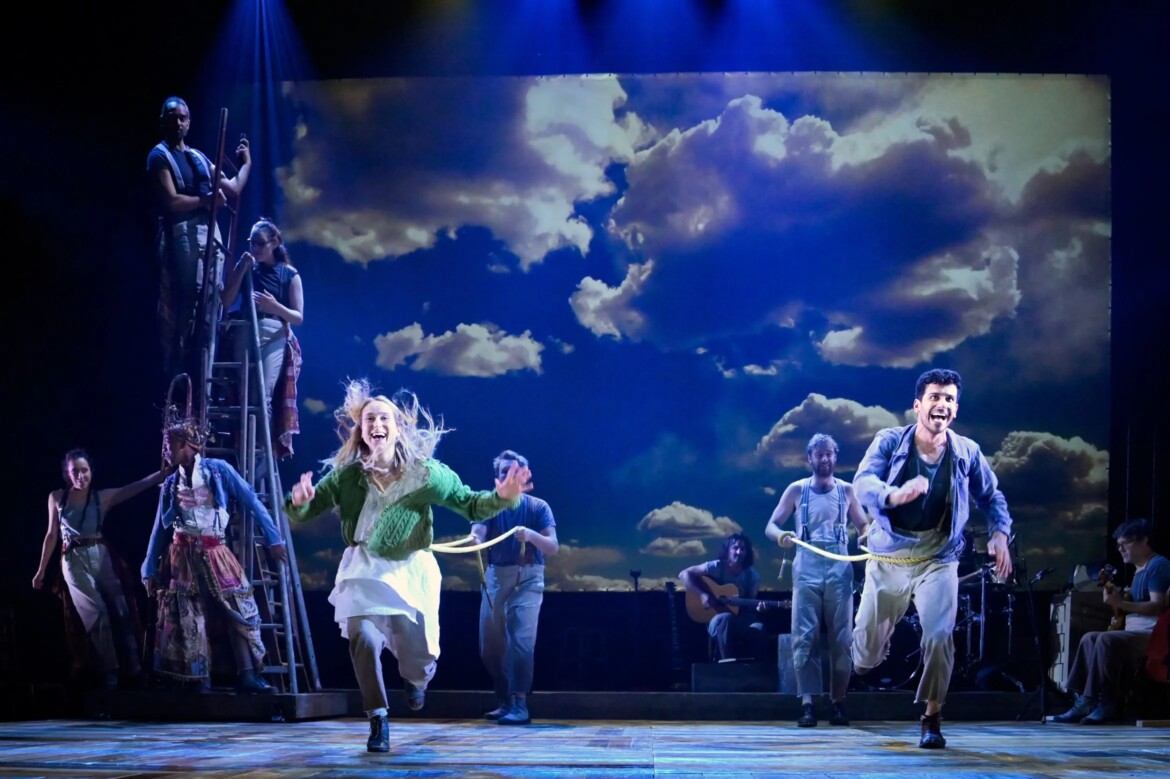 Director Emma Rice is no stranger to Bay Area theater audiences. Her “Brief Encounter” blended David Lean’s 1945 film with a Noel Coward short story to create an emotionally stunning play with innovative theatrical feats. Her “Wild Bride” at Berkeley Rep was a retold fairy tale that combined the story’s dark side with a levity absent from the Grimm original. And “Tristan and Yseult,” drawn from a medieval Celtic tale, explored the roots of the love story with a thoroughly modern perspective.

Following along the same lines, Rice – working with the Wise Children company and with a nod to film versions of the story – has adapted Emily Bronte’s 1847 Gothic novel “Wuthering Heights” for modern theatrical sensibilities, using rock music, physical comedy, stark sets and the moors themselves personified in characters to burst the boundaries of traditional theatrical experience. The show is onstage at Berkeley Repertory Theatre through Jan. 1.

In the show’s first minutes, Lockwood (Sam Archer), a neighbor, arrives at the haunted, desolate moorland Yorkshire estate owned by the Earnshaws, only to be battered by a wind so powerful that it lifts him off the ground and shapes his body into an L. His struggle with the elements is visually realized with the help of a tree and onstage performers who provide sound effects, all against a dark projection of a moor’s brooding sky. The house to which the neighbor seeks entrance is a facade only, reminding the audience that this production brings a clever, tongue-in-cheek approach to the atmospheric heaviness of Bronte’s novel.

Heathcliff, adopted by the Earnshaws in London and brought to the moors, becomes an object of fascination for young Catherine and the object of physical cruelty for Hindley, Catherine’s older brother. All three are puppets. As they grow up, actors – many playing several roles – take over the parts, dressed in a variety of styles to match the time-bending features of the play.

Catherine (Leah Brotherhead), for one, is a wild rocker, singing and stomping to the music of an onstage live band. As in some of Rice’s former productions, romantic love is examined, this time through the lens of love and loss, and perhaps love again.

This is a two-generational story, replete with deaths (announced by a doctor and marked by chalkboard “tombstones”), evil machination, attraction and compulsion.

Rice’s musical play is complex, dealing with events at times joyous, at others, cruel, but always vibrant, riveting and unforgettable.