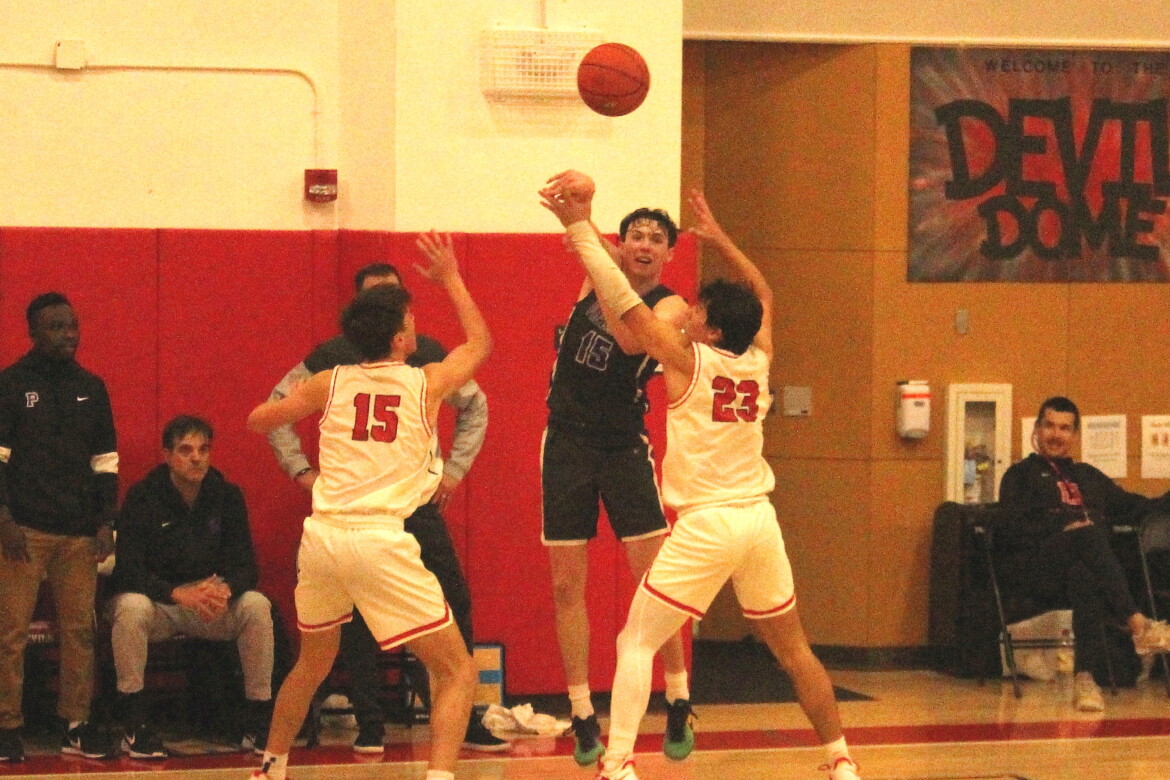 A.J. Harris passes out of a double-team

Sarven Kahlon scored 21 for the Huskies, while Dru Anaya added 17.

The win raised the Highlanders’ record to 7-2 on the year. Piedmont plays at Alhambra on Dec. 13. The next game will be a showdown at home against highly-regarded Campolindo on Dec. 23.

The Highlanders played the tournament short-handed. Ravi Silverberg, Declan Linnane and Theo Evans were all out sick.

In the semifinals, Piedmont beat previously-unbeaten Oak Grove-San Jose, 56-53. Harris had 23 points to lead the way, while Burden added 16.

The Highlanders opened the tournament with a 76-48 win over Mission San Jose. Burden had 25 points and Harris had 24.