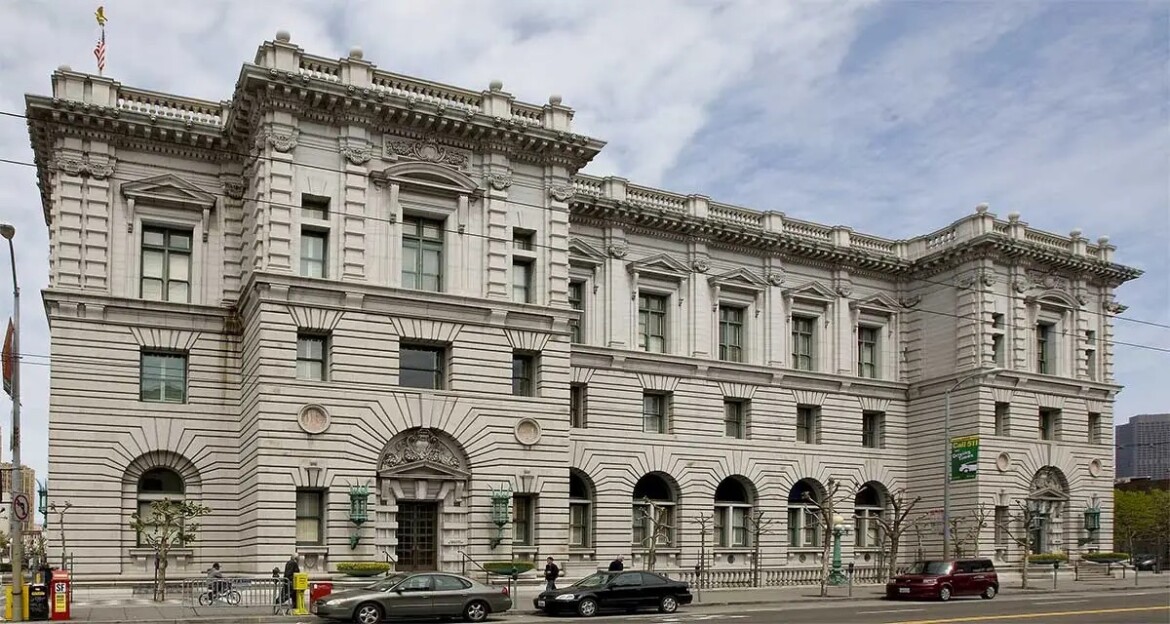 The James R. Browning U.S. Court of Appeals Building in San Francisco appears in a 2009 file image. A federal appellate judge has ruled against a Southern California disabled man who filed hundreds of frivolous ADA compliance lawsuits against stores and restaurants in the Bay Area. (Photo courtesy of Carol M. Highsmith/Library of Congress)

A federal appeals court in San Francisco has affirmed an award of attorney’s fees against a serial filer of litigation under the Americans With Disabilities Act who offered testimony that was found not to be credible.

The opinion from U.S. Court of Appeals for the 9th Circuit makes clear that ADA cases cannot be brought in federal court by ADA “testers” unless they have a genuine intent to return to patronize the stores they sue.

Orlando Garcia is a disabled individual who uses a wheelchair for mobility and has sued hundreds of stores and restaurants in California for alleged violations of the ADA.

Although Garcia lives in Southern California, he initiated more than 300 suits in federal court in the Bay Area in 2021 and 2022.

Garcia characterizes himself as an ADA tester, who regularly evaluates stores and restaurants for compliance with the statute and sues the non-compliant.

On Aug. 18, 2020, he visited a check cashing store in Los Angeles and discovered counters too high for a person in a wheelchair. He brought suit against the owners, alleging that the counters were a barrier to accessing the services offered at the store. He said that he intended to visit the store again when the ADA violation was remediated.

The last allegation was crucial to his case because an ADA litigant only has legal “standing” to bring suit in federal court if he or she genuinely intends to return to the place of business when the accessibility issue is resolved.

After a one-day bench trial in the U.S. District Court for the Central District of California, District Judge Virginia A. Phillips found that the store was 10 miles from Garcia’s home and it took him approximately 90 minutes and two changes of public transportation to get there. Given that Garcia had a checking and savings accounts at a bank within a mile of his home and did not need check cashing services, she found that Garcia offered no credible reason why he would return to the check cashing store.

Phillips was influenced by the fact that Garcia sued “78 stores in August 2020 alone, traveled on public transportation to each of those stores during the height of the COVID-19 pandemic, and could not recall the types of businesses he sued.” The judge found that his testimony about intent to return to the defendants’ establishment was not credible and dismissed the case for lack of jurisdiction.

After the case was dismissed, the defendants asked the court to order Garcia to reimburse them for the attorney’s fees incurred in defending the suit.

While the ADA provides that a prevailing plaintiff is generally entitled to recover his or her lawyer’s fees, a prevailing defendant may only receive reimbursement of its legal fees if “the plaintiff’s action was frivolous, unreasonable, or without foundation.” The purpose of such an award is to deter lawsuits without a sound foundation.

The judge found that Garcia’s basis for filing the lawsuit was “frivolous, unreasonable and groundless.” As a serial filer, Garcia was well aware that he could not bring suit unless he intended to return. He had other nearly identical cases dismissed for lack of standing. Based on that, he knew or should have known that his evidence of standing would be found insufficient.

On appeal, Garcia’s lawyers argued that as an ADA tester suing under a statute designed to protect the civil rights of the disabled, the rules concerning standing were relaxed from ordinary federal cases and flexible enough to allow Garcia to sue.

A three-judge panel of the appeals court disagreed. While civil rights standing is broad, a genuine intent to return is necessary. Determining that the trial court’s ruling was not an abuse of its discretion, the appeals court upheld an award of $36,775 to the defendants.

The court’s decision was “unpublished” which means that it will not serve as precedent in other litigation, though it may be cited in future cases for its persuasive value.

James Link, counsel for the defendants, said that Garcia was not a “bona fide patron” of his clients’ business and was simply trolling for lawsuits. Link predicted that the case will “encourage defense counsel to pursue fees in cases where the plaintiff has no business being in the business sued.”