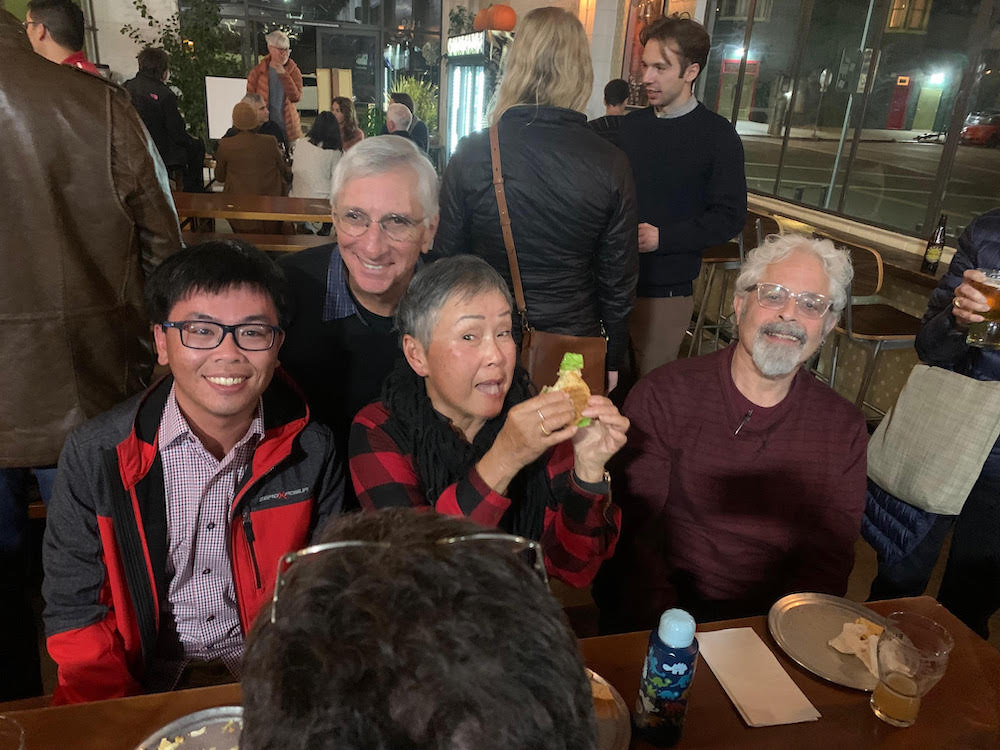 Four years ago, three men in Piedmont — Lester Ellis, Rick Schiller, and Tom Reicher — worked with Piedmont Recreation, City Planning, Recreation Commission, and City Council to obtain temporary pickleball courts in Piedmont. Those three men, along with a motley crew of volunteers addicted to pickleball, grew this group from zero to almost 500 players.

Pickleball is more than a sport. It is a social phenomenon. Many friendships and social gatherings have developed as a result of pickleball. Players travel together to the National Pickleball Championships, have potlucks once a month at PMS, celebrate birthdays, and bring food or needed supplies to the injured or sick players.

Pickleball is a drop-in sport where many players never met each other before seeing them on the court. How does this happen? A game of pickleball lasts 15-20 minutes. After a game, players have downtime before a court is available and naturally have time to chat and develop friendships. Those friendships built a close-knit community. Unlike other competitive sports, pickleball encourages all ages, genders, and abilities to play together to have fun and enjoy the moment.

Recently over 50 picklers gathered at Fieldwork Brewery to praise Rick Schiller for the enormous amount of hours he has poured into making pickleball fun, exciting, and social for Piedmont. We were thrilled to have Jen Cavenaugh, Vice Mayor of Piedmont and pickler, in attendance.

2 thoughts on “Commentary | A paean to pickleball”