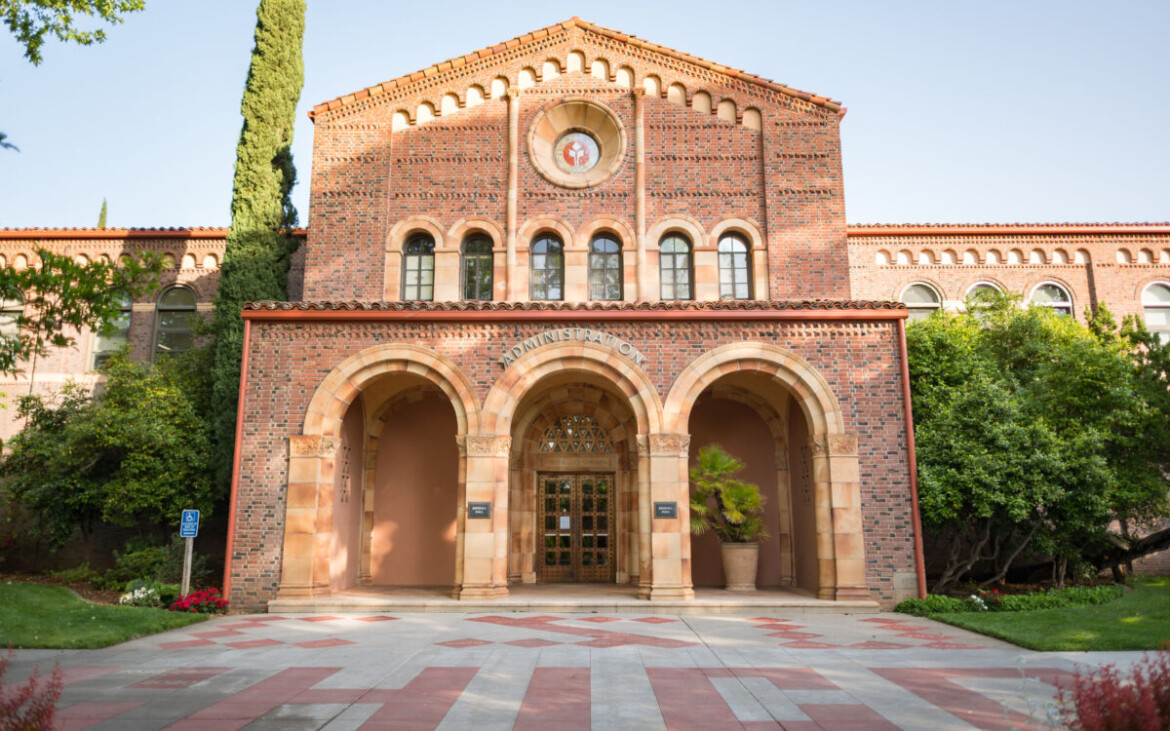 Chico State professor David Stachura told a colleague last year that he had bought a weapon and hollow-point bullets and spoke of committing a mass shooting on campus, the colleague, a lecturer, said during a campus Zoom meeting Monday afternoon.

“He told me, ‘If I wanted you guys dead, you’d be dead. I am a doer,’” Betsey Tamietti, a biology department lecturer, said on a call with over 600 students and faculty members. “’If I do go on a shooting spree, maybe I’ll pass your office. I am not sure,’” Tamietti said Stachura told her. She said he threatened her not to ‘“become part of the problem”’ and not to tell anyone “or you are going to regret it.’”

It was not immediately clear when he made the threats Tamietti alleged at the meeting.

“I am truly terrified of this man,” she said on the call led by Chico State President Gayle Hutchinson, who indicated the revelations made by Tamietti and others would be investigated.

Tamietti described Stachura, a tenured biology professor, as “a narcissist. He is a charmer. If you confront him, he turns on you.”

In a telephone interview Monday evening, Tamietti told EdSource that she was aware of the affair Stachura was having with a graduate student he supervised. “It became very clear he was having a relationship with this other woman,” she said, referring to the graduate student.

Stachura complained to Tamietti about professors in the department who were cooperating with a university investigation of the alleged affair, she said.

“He talked about how people at work were going against him,” she said.

Stachura did not immediately respond to a message from EdSource Monday evening. He has previously denied having an affair and threatening colleagues.

Stachura was suspended Friday for 60 days. Provost Debra Larson said on the call that he was banned from the campus and has turned in keys and passes allowing access to buildings. Hutchinson said campus police are watching Holt Hall, home to the biology department.

“I was his confidant,” Tamietti said on the campuswide Zoom call. For a year, she only heard his side of his anger at other colleagues, she said. Now, “his narrative lines up with the other facts.”

Tamietti’s comments came after about 10 other speakers. Students and faculty took turns lambasting the administration’s handling of the matter, which allowed Stachura to return to campus after a months-long investigation of the alleged threats to kill colleagues who had complained about his affair with the graduate student. Stachura’s estranged wife disclosed the alleged threats to a judge to justify her request for a restraining order against him.

Again and again, speakers blasted the administration both for its response to the threats and the light treatment Stachura received in his settlement of the affair investigation.

“I have no expectation that anything useful will come from this meeting. You should be ashamed,” a graduate student said to Hutchinson and Provost Larson.

Another student ripped administrators for the handling of Stachura’s affair with the student, which she said was common knowledge in the biology department. “Not one faculty member spoke to us about it. You did nothing but reward his behavior,” the student said. “You don’t care about your students and employees. You care about an image.”

The dean of the College of Natural Sciences, David Hassenzahl, said at the meeting that if Stachura returns from his current suspension, he won’t be teaching next semester. “We have already removed him from his courses for next semester,” Hassenzahl said.

A biology graduate student told the Zoom meeting that she feared being in the biology department after she learned of the threats Stachura allegedly made about the two professors who cooperated in the university’s investigation. Whenever she went to the department, she found herself looking around for “what I could use to protect myself if David Stachura came through the door. No one checked on us.”

She said it was the two threatened professors, “two badass women in STEM,” who kept the department together under the stress of Stachura’s threats.

Directing her comments to Hutchinson, the student told her that if Stachura is returned to campus from his current suspension, “find him an office in Kendall Hall” where the president’s office is located.

Before the start of the meeting, the Chico State chapter of the California Faculty Association issued a campuswide apology Monday for how it handled the 2020 case involving Stachura’s alleged affair with the graduate student.

While acknowledging that Stachura had a right to union representation while he was being investigated, local union leaders wrote in a statement that “we do not have a duty to cover up harm and wrongdoing, nor should we protect people who have egregiously violated their ethical duties and obligations to fellow faculty, staff and students.”

Stachura was suspended Friday amid an uproar on the Chico campus and on social media following EdSource’s report last week that Stachura allegedly threatened to shoot two professors who cooperated in the university’s investigation of the affair, for which he was lightly punished.

“We’re learning hard lessons along with all of you. We, too, are both angry and upset,” union leaders wrote. “We want to make absolutely clear that your (executive) board did not fight hard enough for all members, and in hewing to procedures that are meant to protect due process, we wound up failing our colleagues and community.” The union’s statement was made public prior to the 3 p.m. campuswide Zoom meeting.

Daniel Reidel is the city editor for the Chico Enterprise-Record.