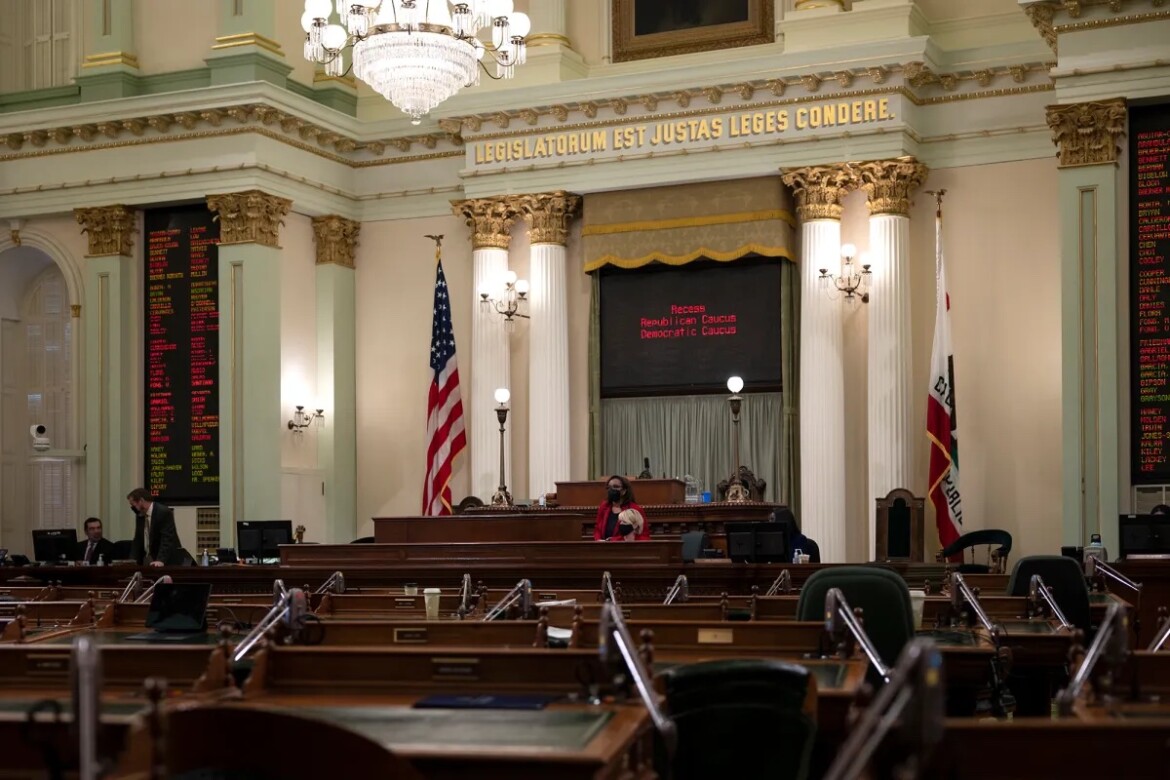 The Assembly floor at the state Capitol on May 31, 2022. Photo by Miguel Gutierrez Jr., CalMatters

Three days before California’s new state Legislature is set to be sworn into office — and to convene a special session focused on oil industry profits — it’s still not clear who will occupy two of the seats.

As of Thursday evening, Democrat Christy Holstege and Republican Greg Wallis each had 50% of the vote for a state Assembly seat straddling Riverside and San Bernardino counties. And Republican David Shepard was leading Democratic incumbent Melissa Hurtado 50.1% to 49.9% for a state Senate seat looping around east Bakersfield, California’s most fiercely contested stretch of political turf. (One California U.S. House race also remains too close to call.)

Shepard told local news outlet GV Wire that he plans to be in Sacramento on Monday, noting that Kern County is California’s largest oil producer: “The fact that there would not be a representative there” at the start of the special session “is a complete and total slap in the fact of the constituents here,” Shepard said. Hurtado, meanwhile, said she doesn’t plan to join the swearing-in ceremony “unless it’s clear that I’m the winner.”

That state lawmakers could be sworn into office before every race has been called is just another quirk of California’s lengthy vote-counting process, designed to improve accessibility and ensure accuracy but nevertheless a source of frustration for many. County elections officials have until Dec. 9 to submit their final results, and the secretary of state must certify them by Dec. 16.

But, even with two seats up in the air, history has been made: Californians elected at least 49 female lawmakers and could seat as many as 51 — up from the previous record of 39, set during the legislative session that officially came to a close at the end of Wednesday. Among them: Democrat Jasmeet Bains, who won an Assembly seat representing Bakersfield and will become the first South Asian woman in the Legislature.

Republican lawmakers are highlighting diversity milestones, too: Assembly GOP Leader James Gallagher of Yuba City announced Thursday that Bill Essayli of Riverside will become the first American Muslim to serve in the Assembly, bringing “a unique perspective to the Republican Caucus” along with a “strong criminal justice background.”

Also set in stone: Democrats’ supermajority, which allows them to pass bills and budgets without a single Republican vote. As of Thursday, Democrats controlled 62 of 80 Assembly seats and 31 of 40 Senate seats.

Latest coverage of the 2022 general election in California

Nearly one-third of lawmakers — at least 37 of 120 — will be new to Sacramento, paving the way for new political dynamics and new legislative priorities. But some legislators are giving us a sneak peek of what to expect during the next session, which will begin in earnest in January after the largely ceremonial swearing-in Monday: