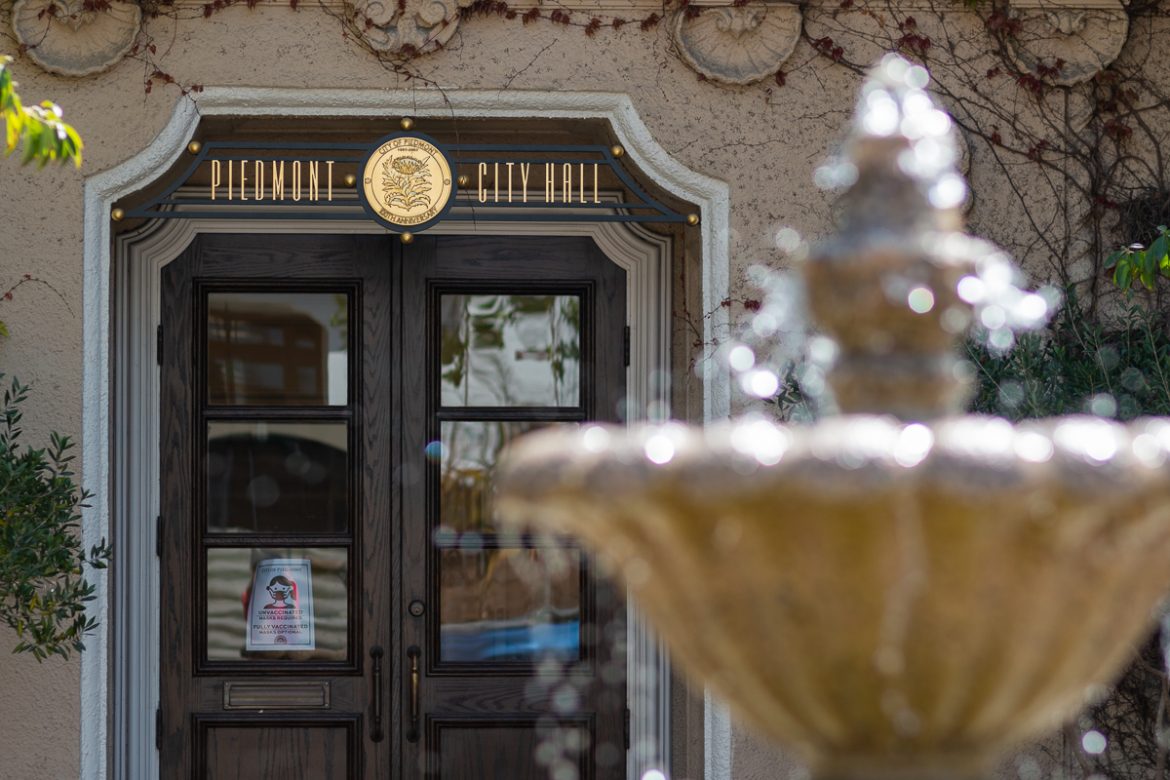 The following analysis can also be found on the city’s Piedmontishome website.

Questions have been posed regarding whether a vote of the electorate is required under City Charter Section 9.02 to modify the permitted or conditional uses or increase densities within an established zone. Both the Charter and City Code language support the City’s longstanding interpretation that zone reclassification is the changing of property from one zone to another, not modifying the permitted or conditional uses, or densities, that are allowed within each zoning classification. As a result, while changing the zoning boundaries, including by changing a property from one zone to another, does require a vote, modifying uses or densities within an established zone does not require a vote at a general or special election under the City’s Charter.

The principles of statutory construction apply to the interpretation of charter provisions. (White v. City of Stockton (2016) 244 Cal.App.4th 754, 759.) The first step in construing a charter provision is to review the language of the charter, giving effect to its plain meaning, and where the words of the charter are clear, the plain language governs. (Don’t Cell Our Parks v. City of San Diego (2018) 21 Cal.App.5th 338, 349.) In doing so, courts “give effect to every word in a statute and avoid a construction making a statutory term surplusage or meaningless.” (See e.g., In re Jerry R. (1994) 29 Cal.App.4th 1432, 1437.) In the event the charter is susceptible of more than one reasonable interpretation, courts consider the use of extrinsic aids, including the longstanding interpretation by the agency tasked with administering the law. (Don’t Cell Our Parks, 21 Cal.App.5th at 350.)

The City’s Charter provides that “[t]he Council may classify and reclassify the zones established, but no existing zones shall be reduced or enlarged with respect to size or area, and no zones shall be reclassified without submitting the question to a vote at a general or special election.” (City Charter, § 9.02 [emphasis added].) The term “reclassify” is not explicitly defined by the Charter. However, Section 17.02.010.C of the City Code, which was amended in 2017, does make clear that “reclassify” means changing a property from one zone to another. The Code provides: “the prohibition not to reduce, enlarge, or reclassify a zone without a vote is understood to mean the city may not change the zone boundaries, or change (reclassify) a property from one zone to another.” (City Code, § 17.02.010.C.) This definition of “reclassify” contained in the City Code has significance in determining what the City Charter meant when referring to “reclassify”. (C.f. California Housing Finance Agency v. Patitucci (1978) 22 Cal.3d 171, 175 [Legislative interpretations of a governing document such as a Constitution is of “persuasive significance”.] In addition, the interpretation that reclassification refers to changing property from one zone to another is reflected in Section 17.62.030.C: “If a property reclassification from one zoning district to another has been proposed by a person other than the property owner, including the city, the city will mail notice of all hearings to the property owner.” (Emphasis added.)

Modifying uses or densities within an established zone does not require a vote at a general or special election under the City’s Charter.

Thus, the language of both the Charter and City Code support the City’s interpretation that a zoning reclassification is the changing of property from one zone to another.

Collectively, the current and prior provisions of the zoning code make clear that reclassification was intended to apply to changing properties from one zone to another. Using these City Code provisions to assist in interpreting our Charter is supported not only by the language of the provisions themselves, but is also supported in case law. Courts have readily relied on use of similar language in other statutes to help interpret the meaning of words and phrases. (In re Do Kyung K. (2001) 88 Cal.App.4th 583, 589 [“To understand the intended meaning of a statutory phrase, we may consider use of the same or similar language in other statutes, because similar words or phrases in statutes in pari materia [that is, dealing with the same subject matter] ordinarily will be given the same interpretation.”].

Moreover, no provision in the Charter or City Code suggests that modification of the permitted or conditional uses or densities allowed within each zone constitutes a “reclassification” of the zone requiring a vote at a general or special election. The Code divides the City into five separate zones and establishes the “intent” for each zone, which describes the purpose and character of each zoning classification. (City Code, §§ 17.3 through 17.14.) The City Code does not contain any restrictions on the authority of the Council to modify those permitted and conditional uses, and does not contain any language to suggest that a modification of those uses or densities would constitute zone reclassification. (Id.)

Finally, the City’s consistent interpretation of a statute over the years also provides additional legal support for the City’s current interpretation of Section 9.02. Consistent construction of a statute, ordinance, or charter provision, especially when it originates with an agency that is charged with putting the statutory machinery into effect, is accorded great weight. This deference to a local agency’s interpretation is particularly warranted when an agency’s interpretation is of long standing.” (Mason v. Retirement Bd. of City and County of San Francisco (2003) 111 Cal.App.4th 1221, 1228; and City of Walnut Creek v. County of Contra Costa (1980) 101 Cal.App.3d 1012, 1021 [citations omitted]). Here, the relevant City Code provisions that discuss what constitutes a “reclassification” of City property were adopted almost 30 years ago in October of 1987. Since then, there have been several modifications of the permitted and conditional uses within the established zones,1 and the City has consistently interpreted Charter Section 9.02 as not requiring a vote at a general or special election before the City Council takes such action. This longstanding and consistent interpretation of Charter Section 9.02 by the City is reasonable in light of the language in the Charter and City Code, and must be accorded great weight. Thus, the City’s interprétation of the term “reclassify” is supported by the Charter, current and past language in the City Code and the City’s longstanding interpretation of that section of the Charter.

The City has never interpreted zone “reclassification” under Charter Section 9.02 as changing permitted uses, conditional uses, or densities, within established zones. Rather, the City has always interpreted the requirement for a vote of electorate to only come into play when the City is moving property from one zone to another, not modifying the permitted or conditional uses, or densities, that are allowed within each established zoning classification. This is a reasonable interpretation of the Charter given relevant language in both the Charter and City Code and the City’s longstanding practice of interpreting reclassification. Therefore, the City Council may modify the permitted or conditional uses or densities within an established zone without submitting the question to a vote at a general or special election.

2 thoughts on “Vote is not required to modify use or density within established property zones, says city attorney”