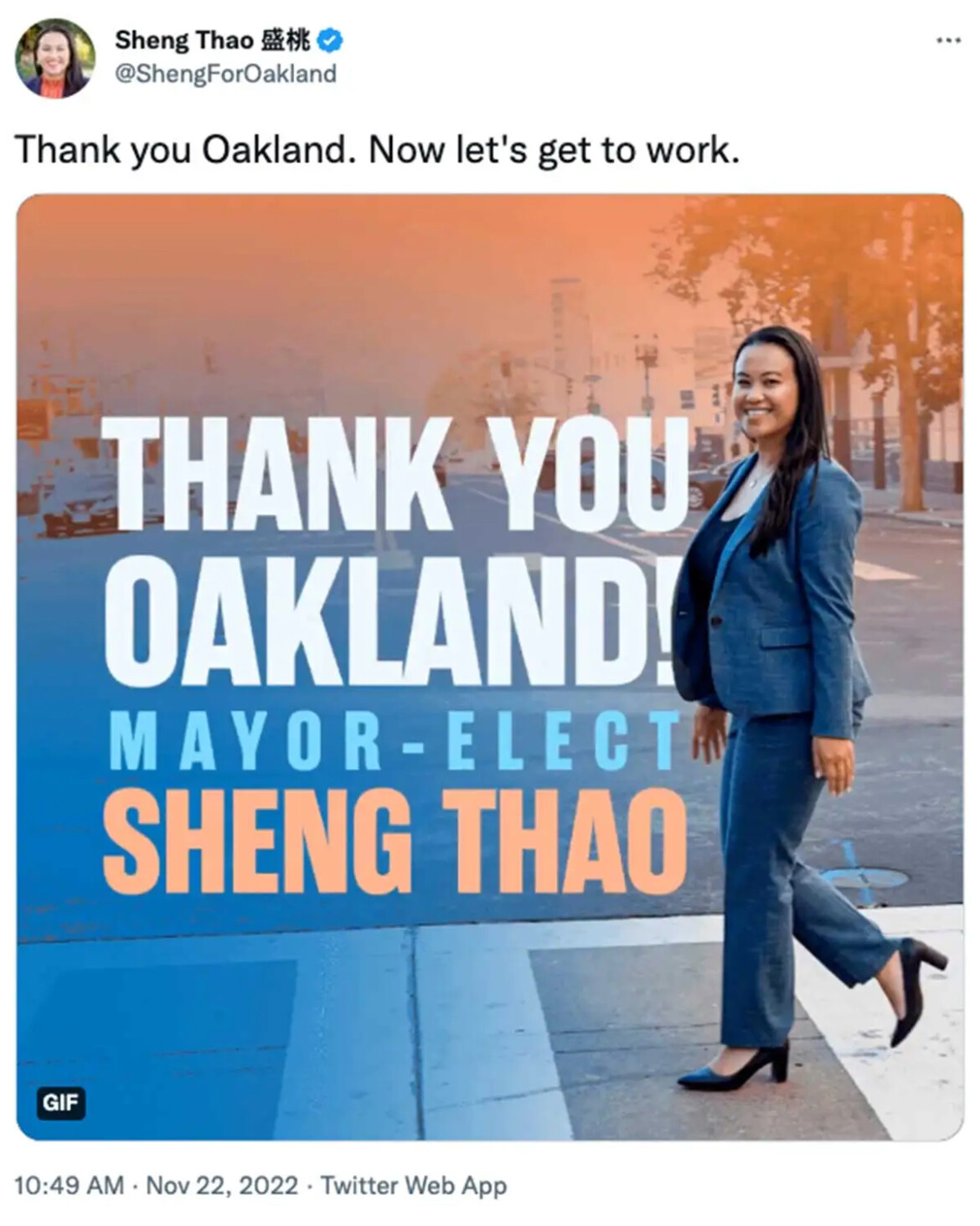 With the counting of ballots complete nearly two weeks after election day in a tight race that involved multiple rounds of ranked-choice tallies, Oakland finally has a new mayor.

Sheng Thao released a statement late Monday upon the completion of ballot counting that declared her the winner.

“It’s been a long journey, and I’m incredibly honored by the trust the voters have placed in me,” the mayor-elect said in the statement.

Thao was elected through ranked-choice voting in a close race, eventually winning by 682 votes. She secured 50.3 percent of the votes to Loren Taylor’s 49.7 percent.

Both Thao and Taylor are City Council members, with Thao serving as the Council President Pro Tem.

She congratulated Taylor on the “strong” campaign he ran against her.

“Councilmember Taylor and his family have been making a difference for this city for generations and we owe him a real debt of gratitude,” said Thao.

Thao said that being elected mayor was humbling, adding that 15 years ago she was living in her car with her baby.

“I’ve been through a lot to get to this moment, and have had so many people lift me up in order to get here,” she said.

The mayor-elect outlined her goals, which include a “comprehensive” public safety plan that will “double down” on violence prevention programs. She also pledged to make Oakland the most proactive city in the state on housing and homelessness. Thao also plans to bring the Green New Deal to Oakland and support small businesses.

“I’ve never felt more hopeful about Oakland’s future,” she said, “or more determined to lead the fight for it. I’m excited to get to work building a safer, more affordable, more just Oakland we know is possible in the months and years ahead.”

Taylor conceded the race and extended congratulations to Thao on Tuesday.

“This isn’t the result we were hoping for, but I hope you are as proud as I am of how we ran this campaign: with grit, heart, and integrity all the way through,” Taylor said in a tweet.