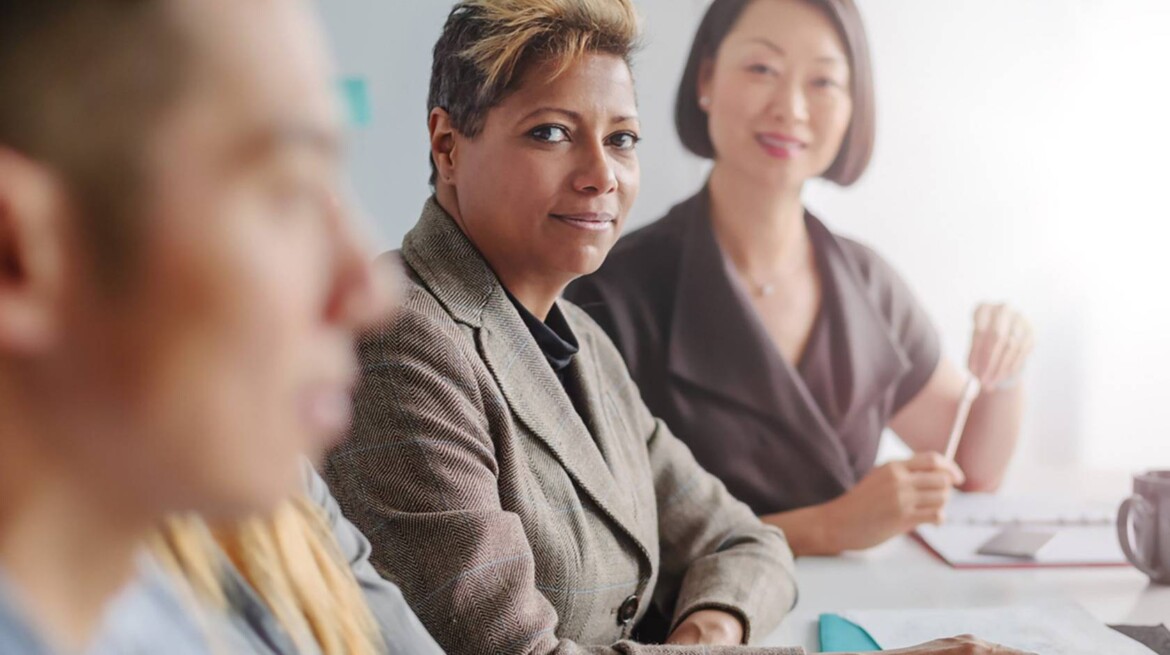 Image by FangXiaNuo/iStock via UC Newsroom)

AS A POPULAR tenured professor at UC Berkeley’s Haas School of Business, Jennifer Chatman was used to teaching at the top of her game. But as she entered her 40s and gained even more expertise, she noticed something strange: Her student class evaluations started getting worse.

“If anything, my teaching was getting even better, but students were harder on me,” she says. What’s more, when she spoke to her middle-aged female colleagues, she found that they were experiencing similar declines, while the men around them were not.

“If anything, my teaching was getting even better, but students were harder on me.”

Chatman went on to win Haas’ top award for teaching excellence and now leads the Berkeley Haas faculty as Associate Dean of Academic Affairs, but her latest research offers empirical support for her experience: An analysis revealed that evaluations of male professors remain consistent over time, while women experience a quick decline from their initial peak in their 30s and hit rock bottom around age 47.

The analysis is one part of a new research paper published in the journal Organizational Behavior and Human Decision Processes and co-authored with Professor Laura Kray and others.  The overall conclusion: Both men and women are perceived as more capable or effective as they get older, but only women are seen as less warm as they age — causing them to be judged more harshly.

Chatman notes that at a time when women are only just beginning to approach parity in business schools and still make up only 6.4 percent of S&P 500 CEOs, the implications can be deadly to career ambition. “Middle age is a make-or-break time, when people are being groomed and considered for the top jobs,” says Chatman, the Paul J. Cortese Distinguished Professor of Management and co-director of the Berkeley Culture Center. “We have to look beyond the pipeline to see what’s actually happening in terms of the experiences women are having throughout their careers.”

“Middle age is a make-or-break time, when people are being groomed and considered for the top jobs … We have to look beyond the pipeline to see what’s actually happening in terms of the experiences women are having throughout their careers.”

Perceptions of “warmth” and “agency” are two fundamental measures that social science researchers have shown are critical to judging those around us. “The first thing we notice about someone is whether they are warm or cold,” explains Kray, who is the Ned and Carol Spieker Chair in Leadership and faculty director of the Center for Equity, Gender, and Leadership at Berkeley Haas. “It tells you something about whether they have good or bad intentions towards you. ‘Agency’ addresses the question of how capable we perceive them to be in achieving those intentions.”

Past research has established that, in general, women are stereotyped to be warmer than men, while men are perceived as having greater agency — or being more capable and assertive. This is a legacy of historical divisions in which women were in charge of child-rearing while men hunted or worked. “The stereotypes have outlived their utility,” Chatman said, adding that friction can emerge when women run counter to those stereotypes by achieving a position of greater agency at work.

Studies have also shown that perceptions of both warmth and agency generally increase with age. However, no scholars have previously looked at both gender and age together to show how perceptions of men and women may differ. In a series of studies, Chatman and Kray set out to do just that, along with Haas doctoral researcher Sonya Mishra; Haas graduate Daron Sharps, Ph.D. ’19, now at Pinterest; and professor Michael North of New York University.

In an initial study, the researchers presented participants with a headshot of a hypothetical supervisor at a tech company — either a man, “Steve Wilson”, or a woman, “Sue Miller.” They were then given identical information about either Steve’s or Sue’s career and asked to rate them on adjectives such as “forceful” or “gentle” in middle age compared to when they were younger.

True to former studies, the participants rated both individuals higher on characteristics of agency as they got older. However, even with identical descriptions and such little information by which to judge, the participants rated Sue lower on characteristics related to warmth as she aged, while Steve’s ratings didn’t change. “It’s just stunning,” Chatman says. “These stereotypes are so hard-wired and deeply entrenched that they come out even when absolutely identical information is provided about a man and a woman.”

In a second study, the researchers asked nearly 500 professionals in executive leadership classes to ask real-life colleagues to perform an assessment measuring them on attributes including assertiveness and agreeableness. Interestingly, women received the same ratings on warmth regardless of their age; however, middle-aged men in the class were rated higher on warmth than were younger men.

In the final study, Chatman and Kray went back to the original source of the research to analyze a large dataset of university professor evaluations, allowing them to literally compare a person’s performance to their younger selves to see how it changed with age. (The researchers did their best to control for factors such as whether professors had children or took on extra non-teaching work as they rose through the ranks.)

Sure enough, they found that male professors’ evaluations remained consistent over time. Meanwhile, evaluations for female professors quickly declined from their initial peak in their 30s, hitting a low point around age 47. After that, they steadily increased again, achieving parity with men by their early 60s. “At that point, there are different stereotypes of women, and they may benefit from being seen as more grandmotherly,” says Kray.

This is an especially dramatic finding because teaching is a skill that should improve with age and experience, Chatman points out. “It did for men, but for women, they were evaluated as worse teachers compared to their own earlier performance, a finding that strongly implicates stereotypes rather than actual performance” says Chatman.

To drill down further into the reasons behind the decline, the researchers also analyzed the actual comments written by students using linguistic software that identified hundreds of adjectives. They found that words such as “caring,” “nice,” and “helpful,” declined for women along with their scores. “When women were getting their lowest teaching ratings, there was an uptick in complaints about their personality,” Kray says.

All of these results confirm the researchers’ suspicions that even as women gain more power and capability as they gain experience, they are dinged for not fulfilling stereotypical prescriptions for “niceness.”

“There seems to be something about the very nature of career progression that seems to lead people to perceive women as less warm and therefore less likable as their agency increases,” says Chatman. In part, these findings offer validation to women, explaining why they might experience backlash and stagnation in middle age just as their careers are on the rise.

The researchers caution, however, against taking away the idea that women should strive to be warmer or less capable — a struggle every woman who has sat through a meeting with overconfident men already knows. “I would hate for the message to be that women need to be more careful about how they present themselves,” Chatman says, “because these findings already point to the fact that women have a narrower band of acceptable behavior.”

“As women move into positions of evaluating others, they should not be afraid to speak up about double-standards and be change agents from within committees charged with evaluating others’ work.”

Instead, the researchers hope that the results can help create awareness that bias may affect how women are considered for promotions, differently from how men are considered. “We need to create systems and standardization for how we discuss and evaluate candidates,” Kray says, “and either exclude feedback on personality, or make sure it is considered equally for men.”

As women do rise through the ranks, she adds, their own firsthand knowledge of these persistent stereotypes can help them educate the men around them to make decisions based on merit and ability, rather than stereotypes about perceived warmth. “As women move into positions of evaluating others,” Kray says, “they should not be afraid to speak up about double-standards and be change agents from within committees charged with evaluating others’ work.”

This story was originally published by the University of California.