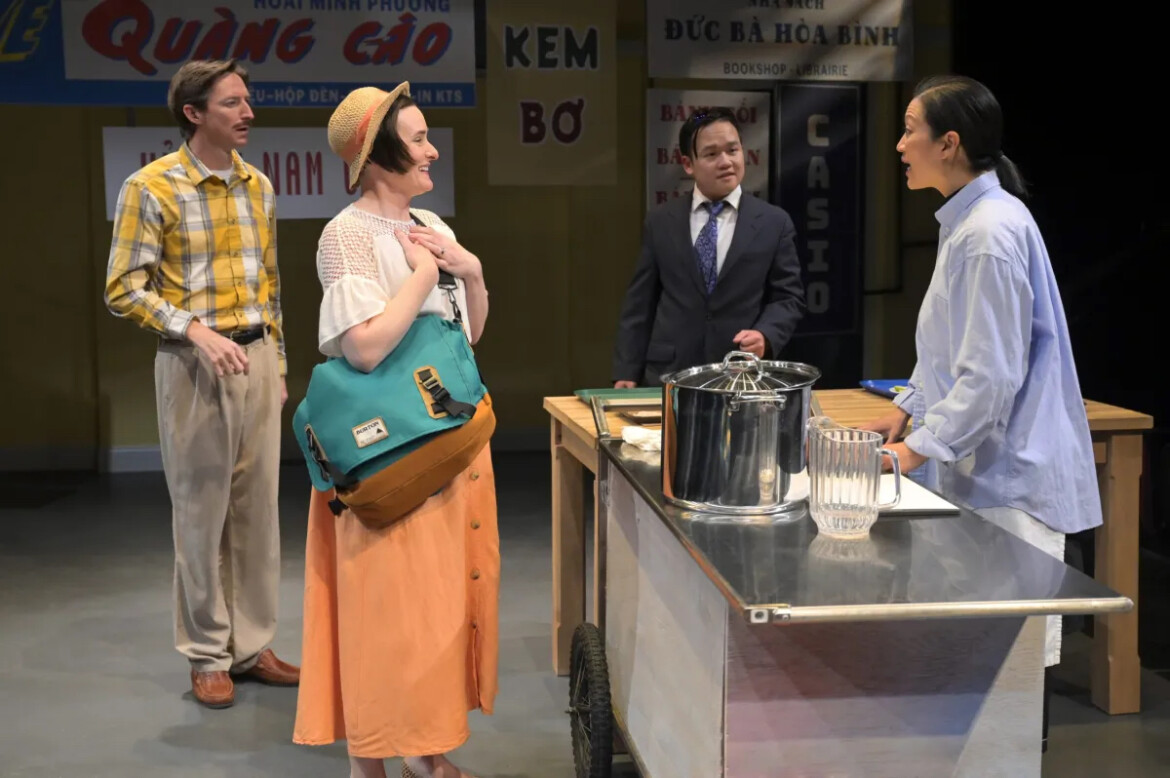 Granted, “Colonialism Is Terrible, But Pho Is Delicious,” the name of Aurora Theatre Company’s world-premiere comedy, is a mouthful. Happily, the show, which opened Thursday in Berkeley, is as tasty as the title.

In the next scene, the skeptical Mui (Tung), who runs a popular pho eatery in the former Saigon, humors her entrepreneurial brother Quang (Doan) when – while Bill Clinton’s in town! – he brings two clueless Americans (O’Malley, Stebbins) who are about to open a Burger King to taste her “exotic” soup.

The final scene takes place in a trendy Brooklyn restaurant where Asian, Vietnamese-speaking Danielle (Tung), dining with her equally foodie pal Julie (Stebbins), takes great offense when the snooty server/manager (Doan) and white chef (O’Malley) refuse to provide her with hoisin sauce, insisting that it would ruin the purity of the exquisitely unique pho they ordered. Their back-and-forth is hilarious – and not unfamiliar!

Director Oanh Nguyen (writer Chinn has fun with the white folks’ bad pronunciation of “Nguyen” in the opening scene) beautifully orchestrates the versatile actors through the various eras and places, while scene designer Mikiko Uesugi’s simple yet sophisticated sets nicely evoke the changes times and locales.

All this show needs to take it over the top (COVID and mask-wearing notwithstanding) is the introduction of real-life culinary delicacies to add smell to the sensual delights it offers.