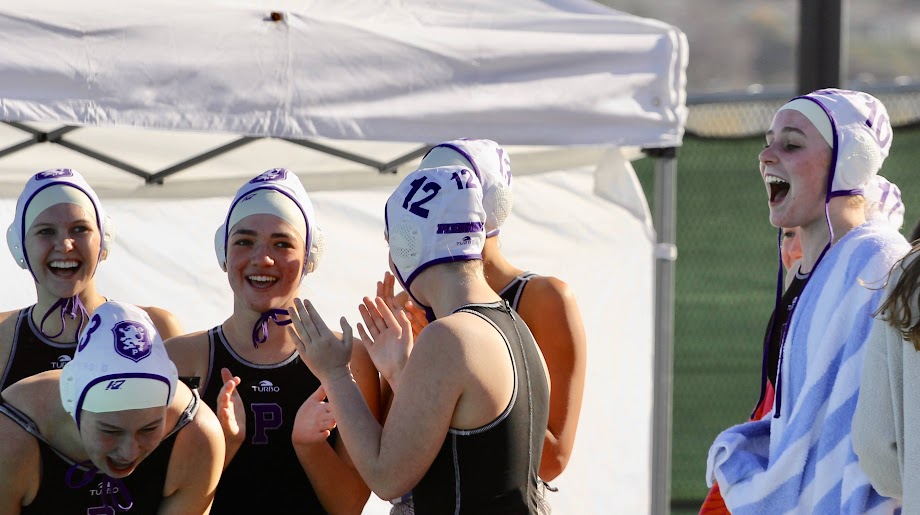 The Piedmont High School girls water polo team won a thriller over Berkeley in the fifth place game at the West Alameda County Conference championships on October 29. The Highlanders went to triple-overtime to claim a 13-12 victory over the Yellowjackets at San Leandro. The match had everything, including a 15-minute delay due to a protest filed by Berkeley.

Kat Melian scored the golden goal for Piedmont, taking a pass out from Julia Montes to win the match with two minutes, 11 seconds on the clock in the sudden-death period.

The score was 10-10 after regulation and 12-12 after the two overtime periods. Teams play two three-minute periods in overtime before moving on to sudden death.

The Highlanders took a 12-10 lead in the first overtime period on goals from Odessa Dando on a breakaway and Marcie Gard. Berkeley got a goal back on a penalty shot from Brianna Smyth.

With 42 seconds left in the overtime, the Yellowjackets’ Eden Barnes re-entered the game. However, she had been called for three exclusions at that point and had been ejected. When officials realized what happened, they awarded Piedmont a penalty shot and the ball. Berkeley protested and the game was held up as the head of officiating was called to confirm the call. The protest committee (made up of other WACC coaches) considered and then rejected the protest.

Kate Meyjes missed the penalty shot and the teams headed to the second overtime with the Highlanders up 12-11. Nailma Dalton-Robinson evened the score for Berkeley with 1:01 remaining.

Gard scored the first goal of the game to put Piedmont up. However, the Yellowjackets scored the next four goals to take a 4-1 lead after one quarter. Barnes had two of the goals in the Berkeley rally.

Melian scored the first two goals of the second quarter to get the Highlanders back in the game. After Lillian Welsh scored for Yellowjackets, Melian scored two more to tie the score. She ended up leading all scorers with seven goals. The last one came with just four seconds left in the half.

Barnes and Smyth scored the only goals in the third quarter to put Berkeley back up 7-5. The fourth quarter was a furious back-and-forth affair, with the teams combining for eight goals. Smyth scored two at the start of the period to give the Yellowjackets their largest lead at 9-5. Piedmont scored the next four to tie it up. First, Gard scored with Berkeley a player down on an outside shot. Then, Melian netted a long shot.

Melian scored again on a penalty shot near the two-minute mark. Gard tied things up with 1:20 on the clock.

But Berkeley rallied, with Smyth putting the Yellowjackets back on top with 1:07 remaining. Gard sent the game to overtime with her goal with 38 seconds to go.

Gard finished with five goals for the Highlanders.

Piedmont finished the season with a record of 7-11.