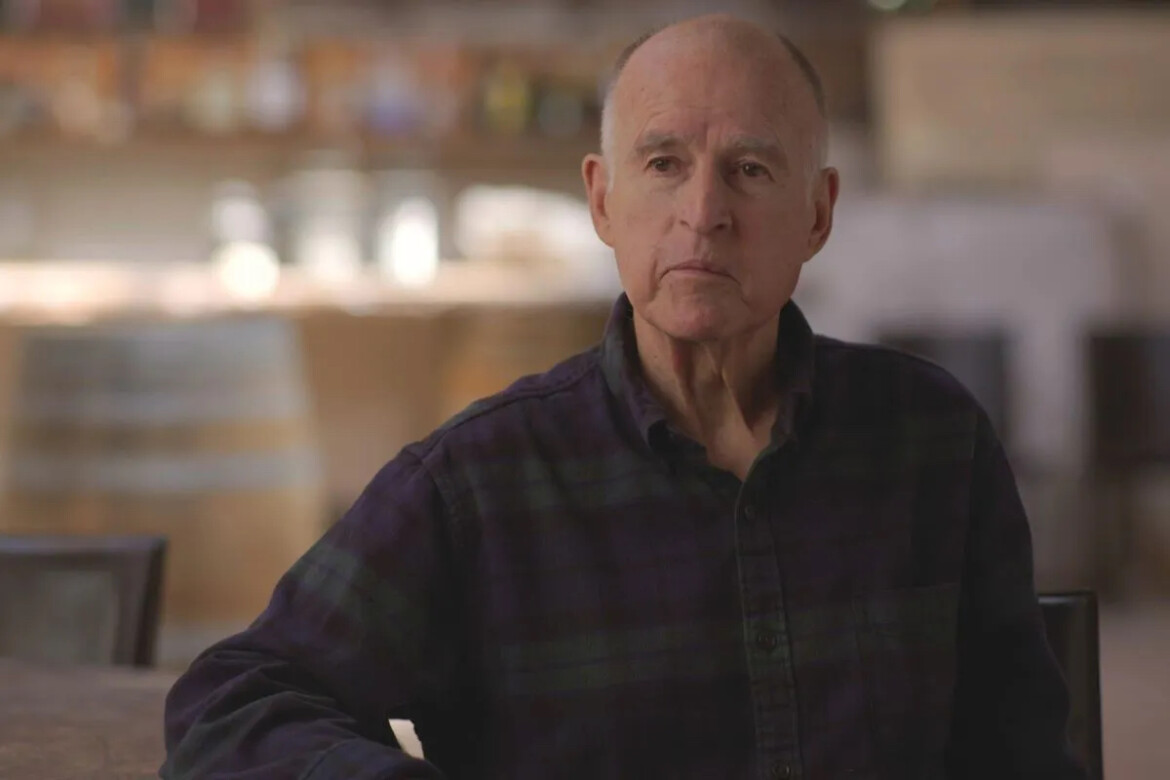 In addition to the lowdown on the world premiere of “Jerry Brown: The Disrupter” as well as other Doc Stories offerings, Pass the Remote this week looks at the 47th American Indian Film Festival, the 22nd Annual Animation Show of Shows and a San Francisco screening of “Town Destroyer,” about a disputed San Francisco school mural.

Doc Stories, with most screenings at the Vogue Theatre in San Francisco, as well as streaming, might not offer an expansive lineup – nine features and 12 shorts – but it does stress quality over quantity.

The opening night feature “Jerry Brown: The Disrupter”turns the lens on one of California’s most influential politicians, the San Francisco native who, along with his father Pat Brown – a former governor – had a huge impact on shaping this Golden State. Director Marina Zenovich squeezes in conversations with the feisty Brown, who doesn’t comment extensively when asked to describe himself and his legacy. He challenges personal questions, and those sequences really speak to the 84-year-old’s spicy personality and spirit.

Zenovich lets others address what makes him tick in chats with his wife Anne Gust, whom he married in 2005; his close friend actor Peter Coyote; former California Gov. Arnold Schwarzenegger; former San Francisco Mayor Willie Brown and others who worked closely with him on campaigns both big and small.

Anyone interested in California history and how “Governor Moonbeam” – as he was characterized by Chicago columnist Mike Royko – turned California into a political trendsetter shouldn’t miss it, at 7 p.m. Thursday at the Vogue.

Another documentary of particular Bay Area note is “Sansón and Me.” Oakland filmmaker Rodrigo Reyes propels the 2022 documentary into adventurous directions – as he did with the award-winning 2020 film “499” – by enlisting relatives and others to re-create sequences on the life and murder conviction of 19-year-old Sansón Noe Andrade. Reyes was drawn to Andrade because he served as language interpreter at his trial. He is expected to appear at the screening at 12:30 p.m. Saturday.

Other highlights at the Vogue include the Sundance Film Festival award-winner “All That Breathes” about two Muslim brothers and their efforts to save wounded animals and birds adversely affected by climate change at 8:30 p.m. Saturday; the centerpiece selection, director Laura Poitras’ “All the Beauty and the Bloodshed” on artist Nan Goldin’s work that targets the Sackler empire, owners of the company that makes OxyContin, holding them accountable for their role in hers and countless others’ opioid addiction, screening at 8 p.m. Friday; Jesse Short Bull and Laura Tomaselli’s “Lakota Nation vs. United States,” a celebration of the Lakota Nation and how that way of life in South Dakota’s Black Hills is being threatened, at 3 p.m. Saturday; Jeff Malmberg’s warmhearted look at Walt Disney’s mouse that could, “Mickey: The Story of a Mouse” at 10:30 a.m. Sunday; a “New York Times Op-Docs” program of independent shorts at 5 p.m. Friday; and “In Her Hands,” about Zarifa Ghafari, a human rights advocate  and member of Afghanistan’s government  who got caught in the crosshairs of the 2021 U.S. troop withdrawal, screening at 6 p.m. Saturday.

For tickets, and information about the full program, including streaming options, visit sffilm.org.

Seventeen programs, including a terrific narrative short written by an Oakland Pulitzer Prize finalist, are part of the 47th American Indian Film Festival, starting Friday and running through Nov. 12 at four venues.

Oakland director Yvan Iturriaga (co-director of the excellent documentary “Fantastic Negrito: Have You Lost Your Mind Yet?” and director of the Oakland-set series “The North Pole”) is at the helm of “Unlord the Land,” a 10-minute scripted short written by Oakland’s Tommy Orange, author of “There, There,” a 2019 Pulitzer Prize finalist. It’s a humorous, relevant tale about budding teen filmmaker Wes (D’Pharoah Woon-A-Tai) confronting his greedy real-estate brother Ken (Martin Sensmeier), who remains committed to jacking up rents and flipping the family’s East Oakland apartment building for a profit. Wes presents him with a new deal. The outstanding short is part of the Friday opening night lineup of shorts at Letterman Digital Arts Center in San Francisco.

Another short that speaks to the essence of Native land is Joan Hamilton’s “Native to Right Here: The Plants, Animals and People of Tuushtak.” It features Berkeley Cafe Ohlone founders Vincent Medina and Louis Trevino on a walk near Tuushtak (Mount Diablo), a sacred spot, explaining its significance.  It screens at 12:45 p.m. Nov. 10 at Koret Auditorium at the San Francisco Public Library.

For a full program and to purchase tickets, visit https://www.aifisf.com/2022-film-schedule.

After a pause due to COVID-19, the 22nd Annual Animation Show of Shows is on again. The 90-minute program contains nine shorts from around the globe, offering hope as well as a means for reflection.

Topics addressed include masks (“Beyond Noh”), the problems associated with groupthink (“Rain”) and the power of connection (“Ties”). It also features a 4K digital restoration of the 1987 Oscar-winning “The Man Who Planted Trees,” an enduring classic that remains as relevant as ever.

The Animation Show of Shows is slated to open a one-week engagement Friday at the New Parkway in Oakland (https://www.thenewparkway.com/)  and the Lark in Larkspur (http://larktheater.net/movie-category/special-events/animationshowofshows/ ). It also screens one night only Nov. 8 at the Roxie in San Francisco. (https://www.roxie.com/ai1ec_event/the-22nd-animation-show-of-shows/)

Should you have missed the world premiere of Alan Snitow and Deborah Kaufman’s “Town Destroyer” at the Mill Valley Film Festival, here’s a second chance to see the hour-long look at the uproar over Victor Arnautoff’s mural at San Francisco’s George Washington High School on display since 1936. “Destroyer” doesn’t take sides in a debate about the work, which some deemed racially insensitive, sparking a controversy gaining global interest. The movie does a fine job of covering both passionate opinions: those that say the mural is historical, and provides lessons, and those who say it triggers trauma and is a stain on the school. It opens Friday at the Roxie in San Francisco.(https://www.roxie.com/ai1ec_event/town-destroyer/?instance_id=)