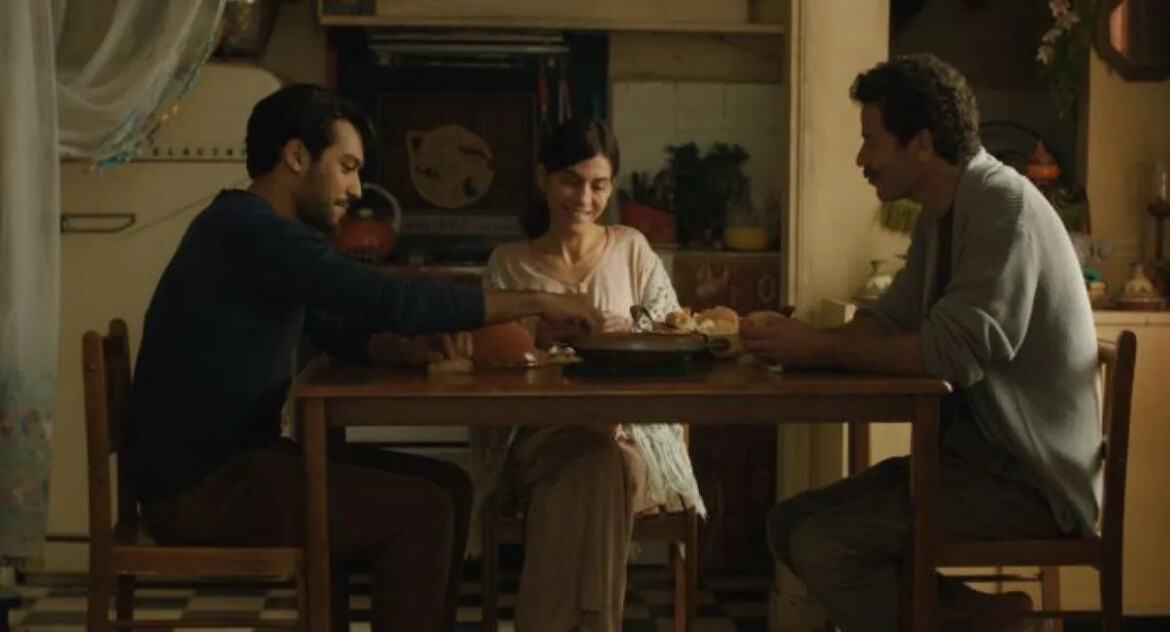 Three high-profile film festivals, a blockbuster sequel from one of Oakland’s own on the screen Thursday through Sunday, and a thoughtful, sensitively told series of documentaries about the veteran experience. Those are just some highlights of an extra-busy Bay Area movie week and weekend.

The 26th edition of the Arab Film Festival is a movie connoisseur’s dream. Over a span of 10 days, the Arab Film and Media Institute showcases 60 films, 22 directed by women, both in-person and streaming.

A welcome recent development is that this under-recognized gem branches out into the East Bay – to the comfy New Parkway Theater in Oakland. But San Franciscans, never fear; screenings also are at the Roxie and Castro.

The opening night selection, at 7 p.m. Friday at the Castro, is one of my favorite 2022 films. (I saw it at the Mill Valley Film Festival.) “The Blue Caftan,” Morocco’s entry for the 23rd Academy Awards, is a beautiful, sensitively rendered love story about three good people, married couple Halim (Saleh Barkri) and Mina (Lubna Azabal) – who own an old-school caftan shop in Morocco – and new apprentice Youssef (Ayoub Missioui); and a dying person’s last wish. Youssef and Halim are attracted to each other but temper their impulse to act on it. Halim instead continues to release his passion at a steam bath where he engages in closed-door, random sexual hookups with men. Maryam Touzani’s poignant drama, sensual rather than explicit, serves as a parable on Morocco’s suffocating attitudes toward homosexuality, and how law – just like the caftan shop, the country’s culture and the couple at the center of the film – need to adapt so that all people live full, realized lives. Stirringly shot, compassionately told and filled with caring characters, “The Blue Caftan” marks the festival’s commitment this year to highlight LGBTQ+ stories.

The acclaimed documentary “Miguel’s War” (about an oppressed gay man from a conservative family in Lebanon and his journey to become true to himself, at 2 p.m. Saturday at the New Parkway) and the queer musical “Shall I Compare You to a Summer’s Day?” (drawing from folk tales and pop tunes, at 8:50 p.m. Nov. 18 at the Roxie) address LGBTQ+ issues, as does the fest’s excellent Queer Lens shorts programs, on screen at 6:45 p.m. Saturday at the New Parkway.

I watched all the queer shorts and the collection is exceptional. I particularly enjoyed director Naures Sager’s energetic, unpredictable gay meetup story “Habib & the Thief,” Karina Dandashi’s very short but telling drama “Dress Up” about a lesbian sister’s reaction to her sibling’s upcoming nuptials,and Dania Bdeir’s outstanding, gorgeously photographed “Warsha” about a construction worker willing to put himself in a perilous position so he can be alone and express his true colors. An online panel, “Arab+Queer+Film: Between here and there,” focusing on diaspora and displacement, is part of the Saturday program.

For a full lineup and to order tickets, visit https://aff2022.eventive.org/welcome .

Another event deserving a higher profile is the San Francisco Transgender Film Festival. It’s 25 years old, spearheaded again by artistic director Shawna Virago, with in-person screenings Thursday and Friday at the Roxie, as well as streaming selections available through Nov. 20.

The slate features seven programs of short films, 47 in all.

I thoroughly enjoyed filmmaker Roberto Fatal’s “Chaac and Yum,” where a meetup at a queer bar in San Francisco tells the story of a relationship between two Mayan deities; director Whitney Skauge’s engaging, well-made documentary “The Beauty President,” focused on drag performer Joan Jett Blakk’s (aka Terence Alan Smith, who lives in San Francisco) 1992 bid to become the first drag president; and Megan Mead’s hilarious and entertaining “Gone Postal,” a comedy wherein a postal worker suspects a person on a route might be the elusive serial killer described in a podcast.

To check out the collections of shorts programs, visit www.sftff.org.

For an eclectic array of movies from around the globe, the California Independent Film Festival at the Orinda Theatre on Thursday through Nov. 17 can’t be beat.

Film buff and director of programming Efi Lubliner also serves up fan favorites. There’s a “Grease” sing-along at 7 p.m. Monday, with director Randal Kleiser (who will be presented with CAIFF’s Golden Slate Award) and actor Barry Pearl, who played Doody, in person.

At 4 p.m. Monday, the ghoulish classic that has an everlasting bite, “Nosferatu,” screens with a live musical score by Patti Leidecker.

Also on tap: a free 10 a.m. Saturday screening of the animated award-winner “Cats Don’t Dance,” and at 6:30 p.m. Saturday, Stanley Kramer’s comedy classic “It’s a Mad Mad Mad Mad World,” during which a Lifetime Achievement Award will be presented to actress Barrie Chase.

Opening and closing night films are enticing as well.

India’s submission for the upcoming Academy Awards, “Last Film Show,” is about a young boy in a small village discovering and falling in love with the movies. A reception kicks the fest off at 6 p.m. Thursday, opening remarks are at 7 p.m., followed by the film at 7:30 p.m.

The epic, lavish Nov. 17 closing night selection “Bet on Revenge,” set in mid-1800s Hungary, follows a Lothario named Erno (the handsome Ervin Nagy) who has a change of heart, soul and fate when he comes across a horse named Kincsem. A 6 p.m. reception is followed by a 7:30 p.m. screening. Director Gabor Herendi will be on Zoom for a Q&A.

For tickets and the schedule, visit www.caiff.org.

In honor of Veterans Day, the East Bay’s Frederick Marx, who produced and co-wrote the 1994 documentary “Hoop Dreams,” heads up a series on Nov. 11-13 at the Smith Rafael Film Center in San Rafael focusing on experiences of war veterans and their quest to heal after serving.

Marx, producers and veterans featured in the films will attend all screenings of the event, which is geared to offer healing. Note: While combat footage is at a minimum, some scenes may be intense and triggering.

For tickets and more information, https://rafaelfilm.cafilm.org/veterans-journey-home/ .

Should you want to escape to the wine country this weekend (who doesn’t?) and partake in nibbles, sips, movies and celebs, check out the Napa Valley Film Festival, running Thursday through Sunday.

The seven-film slate includes Cooper Raiff’s terrific Apple TV+ dramedy with Dakota Johnson, “Cha Cha Real Smooth” on Thursday; “Lamborghini: The Man Behind the Legend” with Frank Grillo (who will receive a Spotlight Award) on Friday; the tearjerker “The Son,” with Hugh Jackman and Laura Dern, and Dan Kwan and Daniel Scheinert’s brilliant metaverse extravaganza “Everything Everywhere All at Once” featuring the kickass Michelle Yeoh and a hilarious Jamie Lee Curtis on Saturday; and the delightful comedic mystery “Glass Onion: A Knives Out Mystery with Janelle Monáe on Sunday. Also on Sunday are Marie Keutzer’s edgy historical drama “Corsage” (featuring an awards-worthy performance from Vicky Krieps); and “Honk for Jesus. Save Your Soul,” a satire skewering duplicitous faith leaders starring Regina Hall.

Events take place at The Culinary Institute of America at Copia. Additional scheduled attendees and award recipients include Raiff, Hall, Luis Guzmán and Stephanie Hsu. For tickets and a complete list of events, visit https://www.napavalleyfilmfest.org/

Those venturing to multiplexes are excited about the grand-slam epic “Black Panther: Wakanda Forever.” Oakland native Ryan Coogler follows up his smash 2018 hit with a more somber but equally exciting comic book sequel that follows in the aftermath of King T’Challa’s abrupt death (and is a beautiful tribute to the late actor Chadwick Boseman).

The arrival of a new nemesis, the underwater anti-hero Namor (played with gusto by Tenoch Huerta) is just one of many draws of the soulful blockbuster certain to top the box office.

Oakland’s The New Parkway is so psyched, it’s screening “Wakanda Forever” nonstop from Thursday through Sunday. It should be a lot of fun, particularly for the night-owl crowd and those still dealing with lingering Daylight Saving Time change fallout. For info, visit https://www.thenewparkway.com/ .