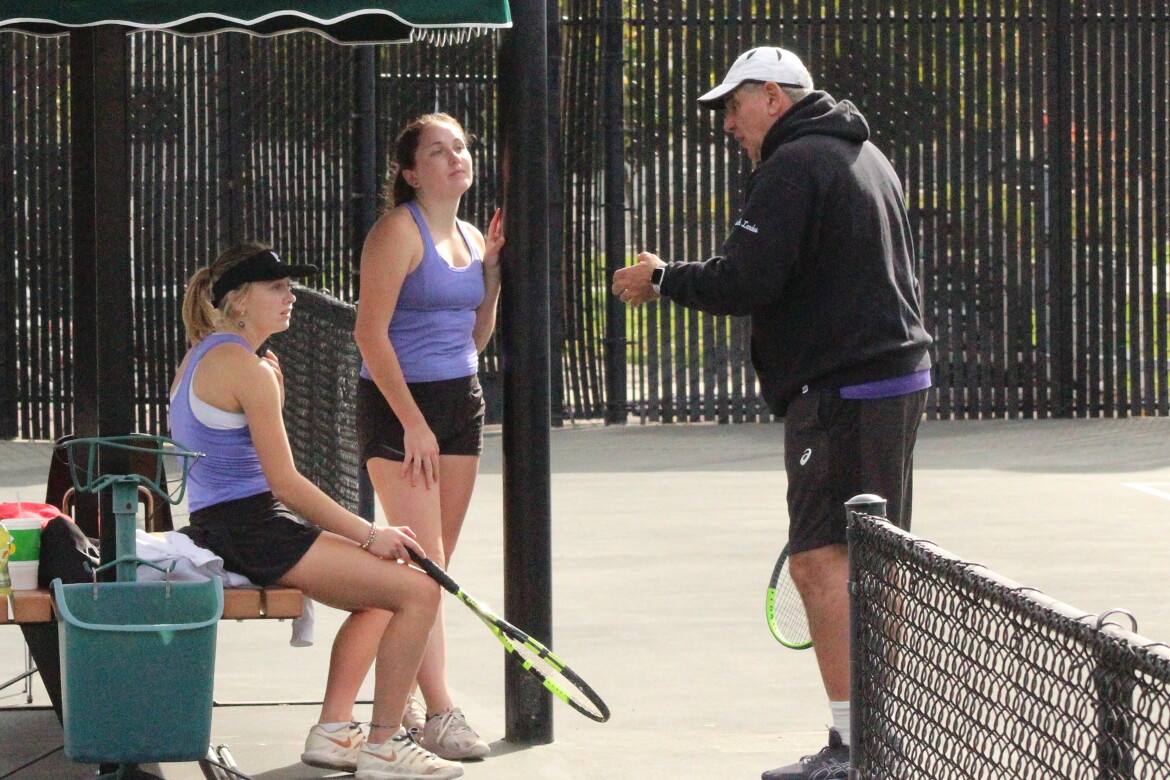 Kononova defeated Alameda’s Juliana Johnson in the championship on November 5, 6-3, 7-5. Kononova hasn’t dropped a set to a WACC opponent all season. She blew through her two matches on November 4, beating Berkeley’s Lianna Leung, 6-1, 6-0, then defeating Alameda’s Renata Serna in the semifinals, 6-1, 6-2.

Kononova is expected to be one of the top seeds in the North Coast Section Division 2 individual tournament to be held November 14-15 at McKinleyville and Arcata high schools.

Piedmont’s doubles team of Cecilia DeFazio and Emma Eisemon lost in the finals to the top seeds, Bishop O’Dowd’s Leyla Ackaoglu and Cecilia Weible, 6-4, 6-4. DeFazio and Eisemon made the finals by defeating teammates Anne Jumper and Michaela Bini in the semifinals, 6-2, 6-4.

Jumper and Bini then took third place by beating teammates Annika Gilliland and Mara LaForte, 6-2, 6-4. Gilliland and LaForte had lost to Ackaoglu and Weible in the semifinals, 6-2, 6-3.

Jumper and Bini were seeded second and got a first round bye. They then defeated Castro Valley’s Faith George and Ngoc Nguyen, 6-4, 2-6, 6-4 to advance to the semifinals against Jumper and Bini.

Carolina Romanczuk was Piedmont’s other singles entry. She lost her opening match to Berkeley’s Sam Lopatin, 6-4, 6-4, but then rallied to win the consolation bracket. She beat Bishop O’Dowd’s Liyat Kifle, 8-1, and then defeated O’Dowd’s Claire Moody in the consolation championship, 8-1.

The Highlanders next play on November 10 in the NCS Division 2 team championships. Piedmont received the third seed and a first round bye. The Highlanders will play the winner of the Lick-Wilmerding-Marin Catholic match scheduled for November 9.