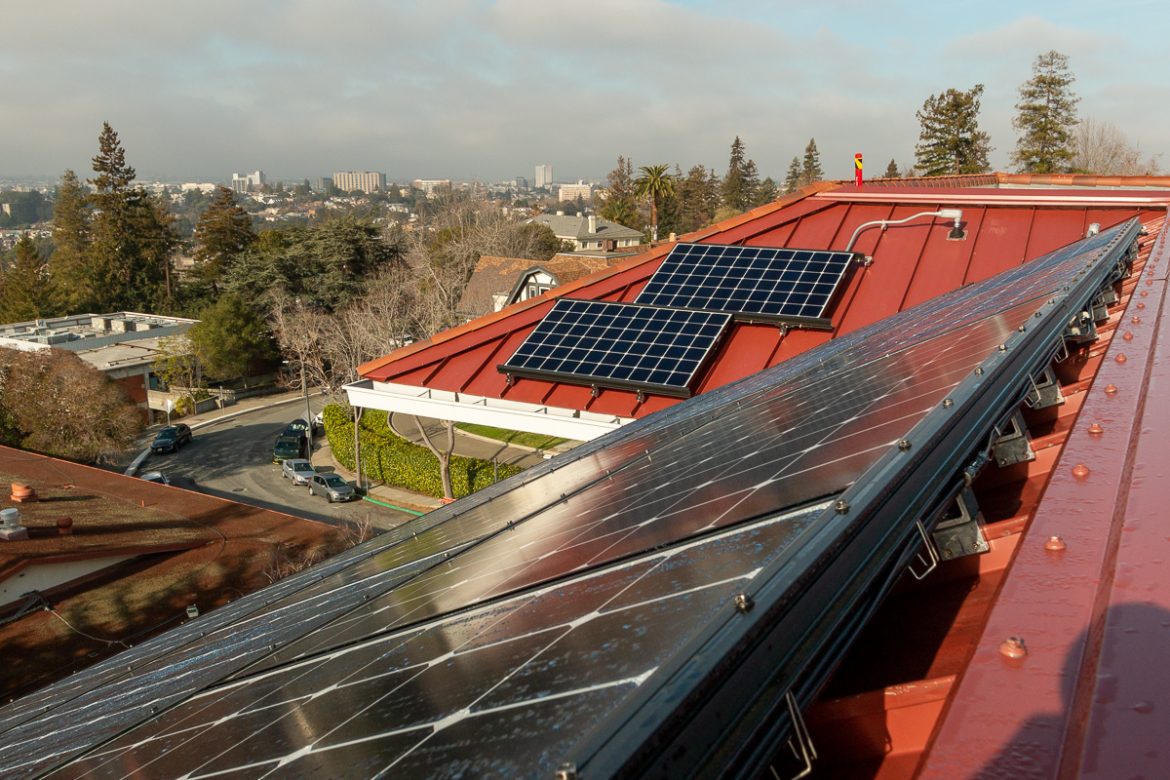 The city is moving forward with joining a program, through its local electricity provider, to place solar panels and storage batteries adjacent to various city-owned buildings.

Under the Critical Municipal Facilities Program, the necessary equipment would be owned by Oakland-based East Bay Community Energy, Piedmont’s local electricity generation provider. Alyssa Dykman, Piedmont’s sustainability manager, told the City Council on Monday night that all the city would do is buy the power generated by the local solar panels. If that power ultimately proves more expensive than what the city already buys through EBCE, or if the arrangement otherwise doesn’t satisfy the city, the city can end the arrangement.

The council on Monday voted unanimously to approve pursuing this program. Council members said this plan, if it proves workable, could help the city meet its climate action goals. Councilwoman Betsy Smegal Andersen said she supports the idea of generating power as close as possible to where it’s used, minimizing energy lost during the transmission process.

The batteries would store power for use during unplanned power outages or during potential Public Safety Power Shutoffs or rolling blackouts during periods of high energy use.

“You would always have some energy in the tank were an emergency to hit,” EBCE’s Feliz Ventura told the council.

Several city facilities — City Hall, the city’s corporation yard, the Veterans Hall/Police Department and the Recreation Department building — have all been identified as prospective sites for panels and/or storage batteries. The corp yard had been identified several years ago as a possible site for panels, but the need for renovating the main building roof there to accommodate them spelled the end of that plan.

City Administrator Sara Lillevand said the panels don’t necessarily have to be on roofs. “Everything’s on the table,” she said.

Andersen noted that the corp yard property could conceivably become a site for future housing, as the city scrambles to identify places where housing could be built as part of its ongoing Housing Element study. Dykman said that likely would take the corp yard out of consideration for panels or batteries. That and other spots figure to be considered by city and EBCE officials.

Piedmont is already a member of EBCE’s joint powers authority. The city will be part of phase three of the Critical Municipal Facilities Program.

The City Council on Monday approved an update of Piedmont’s building codes and related codes, both to conform with the state’s most recent set of standards and to incorporate a few new Piedmont-specific changes into the code.

The state’s primary building codes are updated every three years. Cities have to update their own codes to reflect those standards, at the least, and have the option to make them more stringent if they choose.

Kevin Jackson, Piedmont’s director of planning and building, said among the local changes are slightly more lenient ceiling height requirements for habitable spaces, which would then conform to state code. That, Mayor King said, could help the city in its quest to create more dwelling units.

Police chief gets a raise

The council also voted unanimously to raise Police Chief Jeremy Bowers’s annual salary 2.7 percent to $245,000, “which is consistent with the City’s practice of being within 3 percent of median of our comparable cities,” a city report states. The council had discussed Bowers’ job performance during closed-session evaluations in September and October.