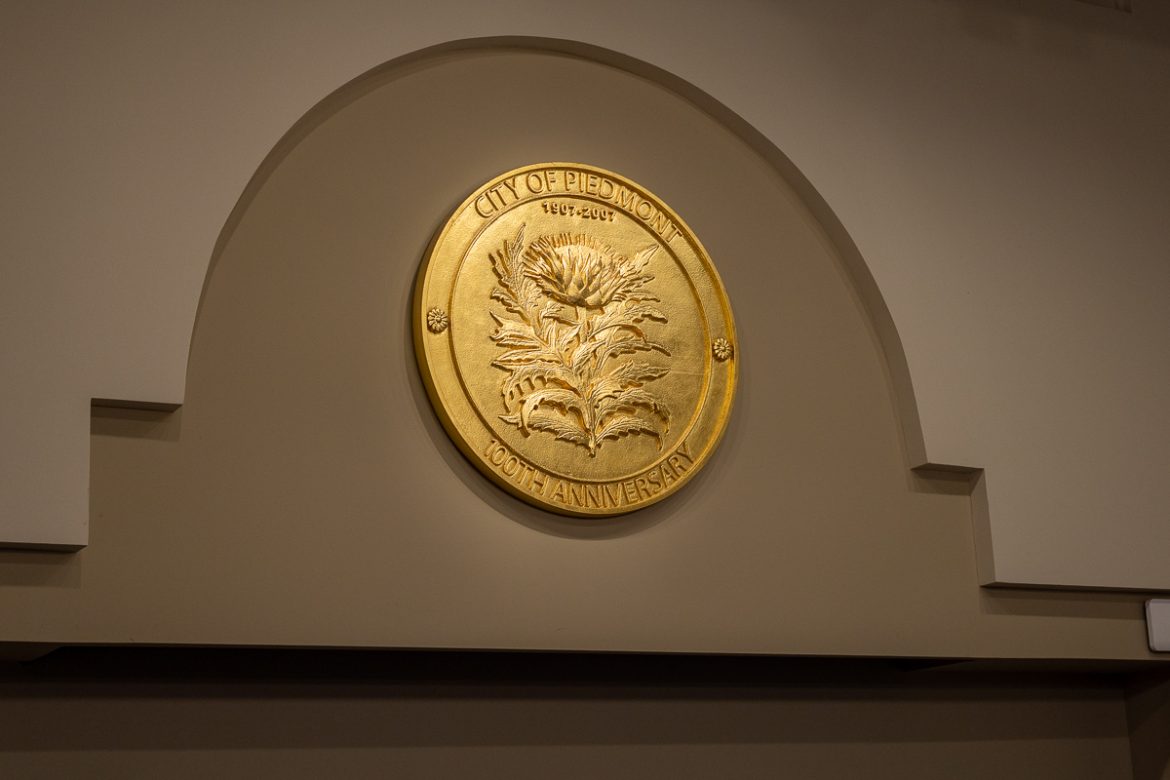 Pivoting from the Piedmont pool project, the City Council voted Monday night to spend more than $231,000 to upgrade the Piedmont Middle School sports courts (including pickleball court improvements) and to replace a pedestrian footbridge across a tributary of Bushy Dell Creek in Piedmont Park.

The wooden pedestrian bridge to be replaced is near where Bushy Dell Creek enters a culvert adjacent to a school district softball field. It’s about 30 years old, and was first determined to be ripe for replacement in 2015.

Prop. 68, formally known as the California Drought, Water, Parks, Climate, Coastal Protection, And Outdoor Access For All Act Of 2018, provides grants for municipal projects that develop future recreational opportunities and enhance drought tolerance, landscape resilience and water retention, among other uses. Grant recipients are encouraged to utilize the money to rehabilitate existing infrastructure and address deficiencies in neighborhoods lacking access to the outdoors.

Piedmont Public Works Director Daniel Gonzales said the sports court and footbridge projects were chosen to replace another one on which these grant funds were to have been used. In December 2021, the council had approved moving ahead with a project to install tiered seating, a “mini plaza,” terraced into the hillside on the slope to the south of the Community Hall (below Guilford Avenue). But Gonzales told the council the mini-amphitheater project turned out to cost substantially more than the grant could help cover.

Piedmont received a total combined grant allocation of $184,932. Because Piedmont does not qualify as a disadvantaged community, the grant requires the city to contribute matching funds of $46,233 – 25 percent of the grant award amount, for a total project cost of $231,165.

Councilwoman Jennifer Long asked why the city would pay for a benefit the Piedmont Unified School District would maintain. City Administrator Sara Lillevand noted that the city and the district share many facilities, and have an unusually close working relationship, and must continue to do so out of necessity. She called it “maximizing use of the space.”

The Council also formally accepted as complete the Oakland Avenue Pavement Rehabilitation Project. The work cost approximately $552,000; the work was deemed complete as of the end of July, but due to some “labor compliance issues,” final paperwork was not completed until Nov. 4.

Councilwoman Betsy Smegal Andersen said the paving project was a “long time coming,” with work on it predating her time on the council. Mayor Teddy Gray King said getting the project done was a team effort that took several years to see through. Both said they were relieved to see this work finished.

“The activism of so many neighbors who live near Oakland Avenue, in addition to parents whose kids cross Oakland Avenue heading to the schools … that’s really what kept this on the front burner,” King said.

One key Piedmont-specific change is the removal of a requirement of owner-occupancy of ADUs built before 2020, in exchange for placing a 15-year deed restriction requiring either the ADU or the primary dwelling be occupied by a very-low-income tenant.

Vice Mayor Jen Cavenaugh said these changes should help Piedmont meet its obligation to provide for 587 housing units in the city by 2031.

It is “about how we can do our part and thinking about creative ways to make housing work in our small town,” Cavenaugh said.

She and other council members praised city staff for its ongoing efforts to help make it happen.

“I want to commend you for an outstanding job on making this Herculean effort seem effortless,” Long said.

For more specific descriptions of the changes, go to https://tinyurl.com/4hu3pme7