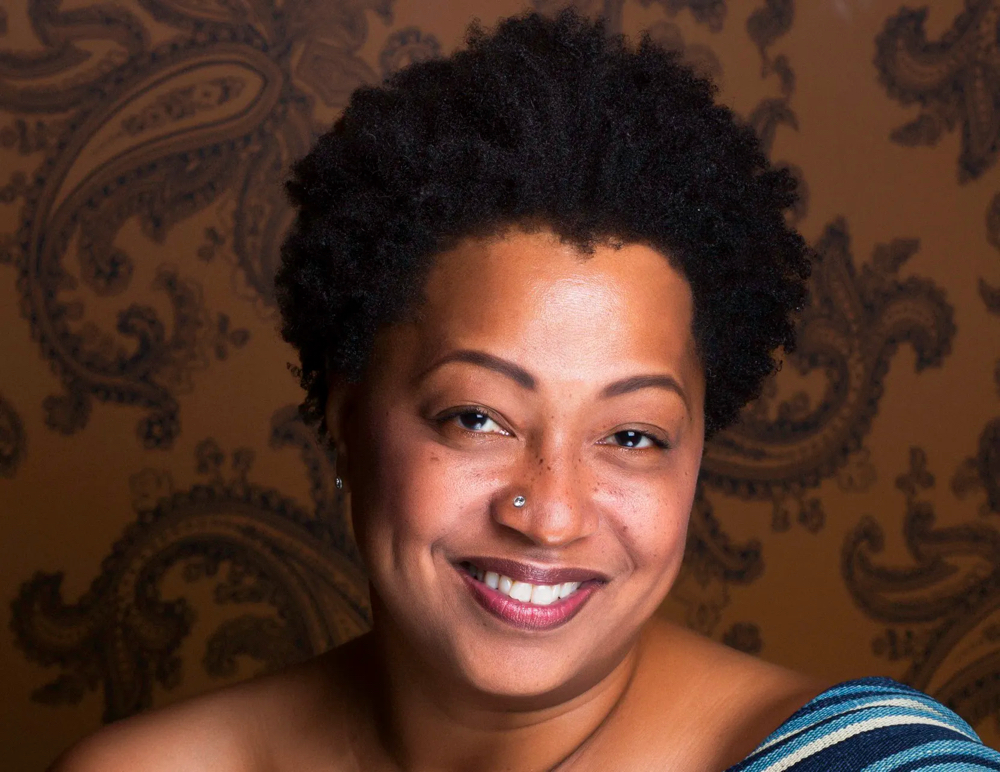 Lisa Fischer has sung back-up for acts ranging from The Rolling Stones to Beyonce, and is now touring with her own band. (Djeneba Aduayom/courtesy of Lisa Fischer)

Freebie of the week: As a producer and director, Jon Avnet has been behind some thoughtful movies (“Fried Green Tomatoes”) as well as films that have tackled intense topics (“The War,” “Black Swan”).  But arguably his most impactful film was a 2001 made-for-TV release titled “The Uprising,” which originally aired over two nights on NBC and depicted the Warsaw Ghetto Uprising of 1943. The uprising came four years after Germany invaded Poland and had forced Jewish inhabitants into a battered Warsaw, from where they were being transported to the Treblinka Nazi death camp. As Nazi soldiers entered the city for what they saw as the final roundup, some 700 young Jewish inhabitants mounted a rebellion that stretched out nearly a month before the Germans finally crushed it. The rebels harbored no illusions that they would change the course of history but figured the worst option would be to do nothing. Avnet’s film project was an ambitious one – his set included a massive, four-story re-creation of Warsaw, the length of three football fields, according to New York magazine. He garnered some 20,000 extras and assembled a 215-person cast that included such A-Listers as Hank Azaria, David Schwimmer, Leelee Sobieski, Jon Voight, Donald Sutherland and many others. Firmly rooted in history, “The Uprising” seems frighteningly more relevant these days, with right-wing movements and governments flexing their muscles throughout the globe. At 2 p.m. Sunday, you can catch a free screening of “The Uprising” at the Contemporary Jewish Museum, 736 Mission St., San Francisco. A Q&A with Avnet, Holocaust scholar Michael Berenbaum and Steven Meed, son of Polish resistance fighter Vladka Meed, follows the film. The event is sponsored by the Jewish Partisan Educational Foundation. To register, go to www.jewishpartisans.org/uprising2022.

The revised Reich stuff: Pulitzer Prize-winning composer Steve Reich, a pioneer of minimalism and electronic music, recently marked his 86th birthday and is the honoree at the center of Cal Performances’ “A Steve Reich Celebration” taking place at UC Berkeley’s Zellerbach Hall at 7:30 p.m. Thursday. But those who are well-acquainted with his signature rhythm-driven style (for which he coined the word “pulse” as a musical term) will be surprised at the highlighted work on the program, the West Coast premiere of Reich’s 2020 “A Traveler’s Prayer,” performed by the Colin Currie Group instrumental ensemble in collaboration with Synergy Vocals. A setting of texts from three Old Testament books that invoke pleas for protection, it is a flowing, melodic work with interwoven voices, often in canon, that has been described as “an ancient meditation spun out of looping voices, sustained string chords and the low toll of the piano.” Listen to Reich himself describe how he came to this unusual departure from his style here: https://youtu.be/vJAErGnwemk. Also on the program are “Tehillim,” the 1980-81 work in which Reich first concentrated on his Jewish heritage, and his early, groundbreaking masterpiece, “Music for 18 Musicians.” Tickets, $58-$78, are available at 510-642-9988 and at calperformances.org.

Let the strings sing: Donato Cabrera and the California Symphony have given those woodwind, percussion and brass players a deserved weekend off and are devoting their Saturday and Sunday concerts to showcasing what the most numerous section players can accomplish all on their own. In a program titled “All Things Strings,” the conductor will lead the first and second violinists, the violists, cellists, double bass players and, in one instance, a pianist (technically a percussion instrument but endowed with more strings than any other) through four works specifically written to highlight their lush lyricism. Edward Elgar’s 1905 Introduction and Allegro opens the concert, pitting the principal players from each of the four string sections performing as a quartet and trading melodies with the rest of the players in a sort of a Baroque-style concerto grosso. Also on the program are Dvorak’s delightful “Serenade for Strings” and 20th-century Polish composer and concert violinist Grazyna Bacewicz’s prize-winning Concerto for String Orchestra. Pianist Elizabeth Dorman will be the soloist for “Eclogue for Piano and Strings,” a hauntingly lovely work from Gerald Finzi, a 20th-century British composer most known for his choral works. The concerts take place at 7:30 p.m. Saturday and 4 p.m. Sunday in the Hofmann Theatre in Walnut Creek’s Lesher Center for the Arts. Find tickets, $20-$79, at californiasymphony.org.

A life in the theater: To say composer and performer Julian Hornik showed an early interest in the theater world would be putting it mildly. After moving to the Bay Area with his family at an early age Hornik was soon gracing the stage in productions of “Madame Butterfly” in Walnut Creek (age 5) and “Caroline, or Change” (age 8). He was writing songs before he turned 10 and completed his first full-length musical at age 11. Now based in Brooklyn, Hornik has since written the musicals “Tenn” (about Tennessee Williams) and “Deathbed Edition,” as well as a composition commissioned by the New York and Los Angeles Gay Men’s Choruses commemorating the Stonewall Riots, and a song-cycle commissioned by the San Francisco Gay Men’s Chorus titled “@Queer Z” (its Bay Area premiere was scuttled due to the COVID pandemic). He also performed at such famed concert venues as Carnegie Hall, Walt Disney Hall, Davies Symphony Hall and the Kennedy Center. Now in his mid-20s, Hornik is headed back to his former stamping grounds again to perform a pair of solo concerts at The Studio at Stanford University. He’ll perform cuts from several of his musicals and song cycles plus a few works in progress in the concert presented by Stanford Live. Performances are 7 and 9 p.m. Friday. Tickets are $25. Go to live.stanford.edu.

Lisa Fischer, front and center: Most people probably discovered the vocal powerhouse that is Lisa Fischer through the acclaimed 2014 documentary about background singers “20 Feet From Stardom,” which profiled her and others whose world-class talents were being used to support the Rolling Stones and other rock and R&B icons. Of course, as her many fans know, Fischer had been a lead singer since the 1980s and had cracked the charts in 1991 with the R&B hit “How Can I Ease the Pain,” which wound up winning a Grammy in 1992. Fischer’s vocal versatility has been a driving force, allowing her to take on a wide variety of material from a wide variety of angles. All this explains her latest venture, teaming up with Ranky Tanky, a South Carolina band that specializes in a lively, percussive form of West African call-and-response music known as Gullah. Fischer and Ranky Tanky appeared in Santa Cruz and at the Monterey Jazz Festival in September. But if you missed those performances, they’re headed for the SFJAZZ Center in San Francisco for a weekend stint. Hopefully, they take on the Stones’ “Wild Horses,” which was a highlight at their Monterey appearance. Performances are 7:30 p.m. Thursday through Saturday and 7 p.m. Sunday. Tickets are $25-$85. Go to www.sfjazz.org.