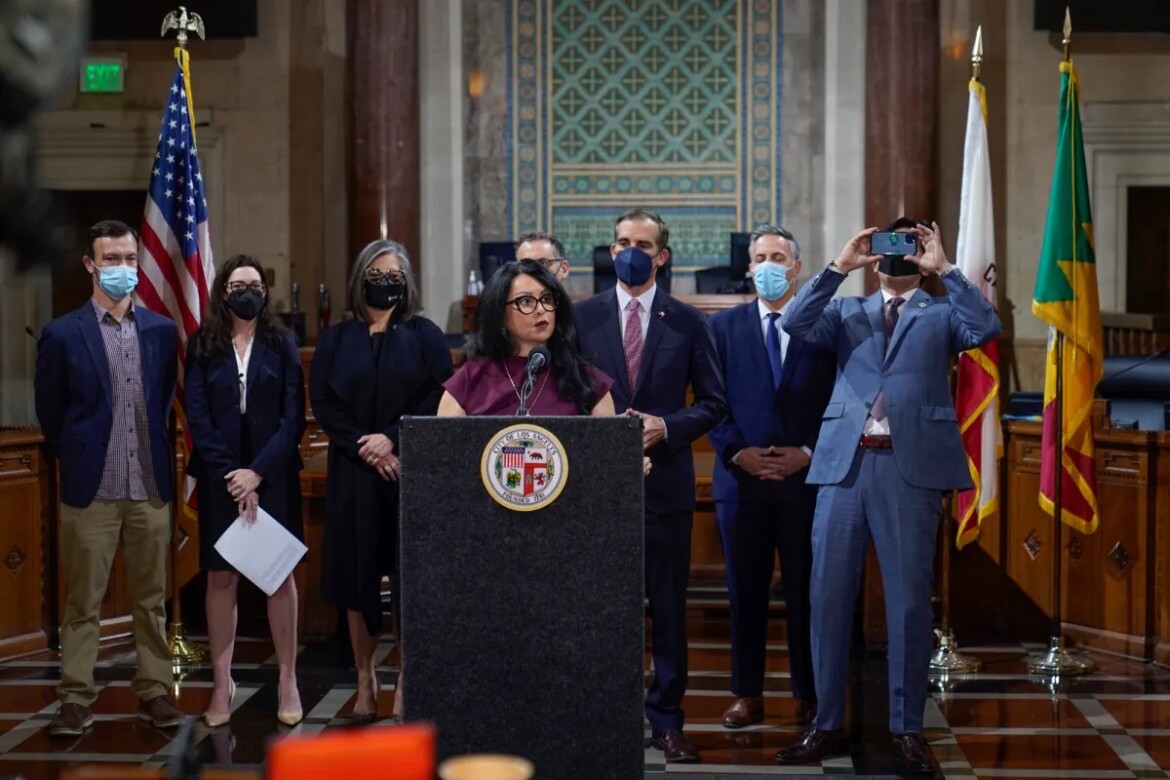 Those were the three R-words that rocked the California political world on Monday, as everyone from Gov. Gavin Newsom to U.S. Sen. Alex Padilla to statewide candidates in the Nov. 8 election weighed in on a leaked 2021 recording obtained by the Los Angeles Times in which three Los Angeles City Council members and an influential local labor leader made racist comments, mocked their colleagues and plotted how to consolidate political power in the city’s once-in-a-decade redistricting process.

Amid fallout from the recording — in which then-City Council President Nury Martinez can be heard insulting Black, Indigenous, LGBTQ and white people and appearing to threaten the young Black adopted son of a white gay councilmember — Martinez stepped down Monday morning from her leadership position, but not from the council itself.

They called on Martinez — along with city councilmembers Kevin de León and Gil Cedillo and Los Angeles County Federation of Labor President Ron Herrera — to immediately resign from their posts. Herrera stepped down Monday night. Today, an hour before a city council meeting, Martinez announced she’s taking a leave of absence.

The four officials have apologized for their role in the conversation, which the Los Angeles County Federation of Labor said was recorded at its offices amid a “serious security and privacy breach” that resulted in “illegal” recordings of “many private and confidential conversations,” according to the Los Angeles Times.

Meanwhile, the explosive recording has refocused attention on redistricting in California. In the recording, the officials expressed concern about Los Angeles’ city council districts being redrawn last year to benefit Black residents while disenfranchising Latinos. The remarks, which were peppered with racist commentary, reveal “a sort of concerted effort to dilute the strength of Black voters,” Councilman Marqueece Harris-Dawson, who is Black, told the Times.

In the city of Los Angeles, a commission appointed by elected officials is tasked with recommending new district lines to the city council, which has the final say over the maps — a system the Los Angeles Times editorial board described as “fundamentally flawed in ways that erode public trust and discourage civic participation.”

For California Common Cause, an advocacy group that pushed for the state’s independent redistricting commission, the leaked tapes demonstrate the need for a similar approach at all levels of government — and serve as a call to action for state lawmakers.