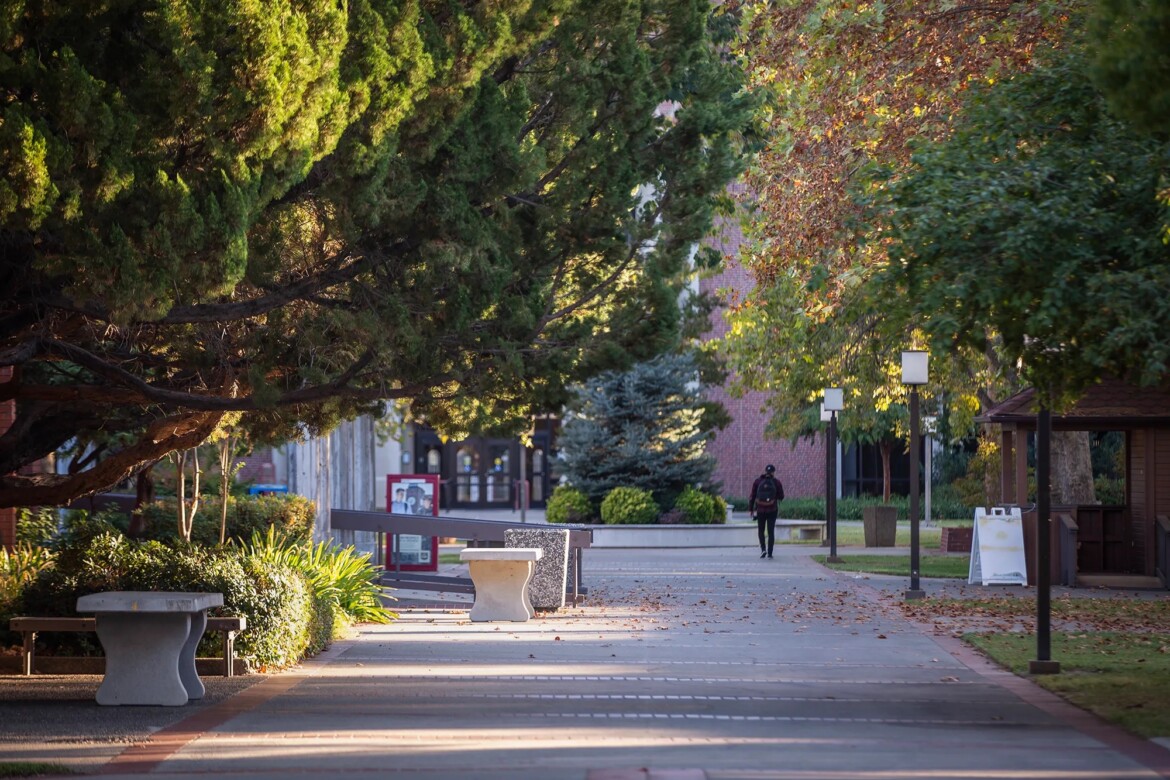 In 2017, barely a half-year into his tenure as chancellor of the country’s largest system of higher education, Eloy Ortiz Oakley threw down the gauntlet. Under his leadership, the California Community Colleges unveiled a series of unprecedented academic goals dubbed the Vision for Success.

The deadline to meet most of those goals came and went last month.

The verdict? The system has virtually no shot of reaching its most audacious academic goals of narrowing by 40% the graduation rate gap among its Black, Latino and white students in five years. Nor is the system on track to narrow the graduation-rate gaps across regions, such as between the Bay Area and the poorer Inland Empire.

While the number of students graduating after three years has inched upward for all regions — and almost all demographic groups — the regions and groups that were already completing degrees and certificates at higher levels have continued to grow their rates. With even progress across the board, the groups already behind can’t catch up unless community colleges graduate them at faster rates. For this reason, it’s unlikely that the graduation rates will narrow to remove the so-called “equity gap” among regions and demographic groups.

The goals were “improbable,” but not impossible, Oakley told CalMatters, who retired as the system’s chancellor this summer and now leads the College Futures Foundation. (The group supports CalMatters financially but has no influence over the newsroom’s coverage).

Still, “I think the first five years of Vision for Success goals certainly, you can point to the fact that we’re not going to close it to 40%,” Oakley said.

Even less likely? Gov. Gavin Newsom’s more aspirational goals. In a “roadmap” published this year that’s guiding his administration’s funding priorities for community colleges, Newsom expects the system to close all equity gaps by 2026 — along racial, ethnic and economic lines as well as between students with and without disabilities.

“We’re not going to close the equity gaps,” said Pamela Haynes, president of the Board of Governors, the body that oversees the central office of California’s community college system. At least not by 2026.

But even if the system could reach those equity-gap goals, the formula to measure student graduation rates changed last year. That means the California Community Colleges are knowingly using an outdated, less accurate way of tracking data as a way of assessing its progress.

Data under the new way of calculating how many students are graduating after three years is dispiriting.

Under the Vision for Success approach, the rates ranged from 18% for Latino students to 40% for Asian students among those who started in 2016-17.

But under the updated approach, the three-year graduation rates ranged from 7% to 16%, depending on the demographic group.

The new way is arguably more accurate and fairer, because it captures a larger slice of students who enroll at California’s community colleges. The previous approach excluded thousands of students who didn’t take at least the equivalent of two courses in their first three years of school and attempted a math and English course — resulting in an artificially high graduation rate.

Now, the system’s graduation rate is based on any student who attempted a course.

As a consequence, the Chancellor’s’ Office of the California Community Colleges is publishing two widely divergent graduation rates, but is using the outdated method with the higher numbers — the one published in the Vision for Success — as its accountability metric.

Moreover, the public has limited insight into how colleges are doing according to that metric used in the Vision for Success. Unlike the newer way of calculating graduation rates, which allows the public to compare graduation rates of different colleges and regions through an internet tool, no such public dashboard exists for the Vision for Success accountability data.

The system says it can’t do much about that, though. Its central office has been understaffed, said Haynes, and doesn’t have the bandwidth to build another data dashboard, especially one based on a graduation rate methodology that is likely on its way out.

“We will get a new system that’s going to be better, but where you change it in the process is critically important,” Haynes said.

With two more “cohorts” — or incoming groups of students to track — the system is beholden to the outdated Vision for Success calculations until the students who started in fall 2020 finish within three years. In other words, the public won’t know how close the system came to reaching its equity-gap goals, set in 2017 and looking ahead to 2022, until that final data is published in spring 2024. Oakley, the chancellor who set the goals together with the board, will have been gone for two years.

Jenkins and his scholarly peers are advocates of “early momentum” data, a cluster of indicators about how much a student accomplishes in the first year of studies, such as taking several courses aligned with one’s major and completing math and English courses needed to transfer to a public university. Some research says this early momentum data can predict whether that student ultimately graduates with a degree or certificate.

For many students, there’s no momentum. About 30% of new community college students don’t come back for a second term of study.

So can degrees and credentials of economic value.

The topsy-turvey nature of community college data is no accident. While so-called four-year colleges and universities principally issue only one kind of undergraduate certificate of completion, the bachelor’s degree, community colleges serve multiple purposes that don’t always overlap.

Some students attend community colleges to earn enough credits to transfer to a university en route to a bachelor’s. Others are in it for just an associate degree or a shorter-term certificate. Still others enroll in community colleges to take one class without plans to pursue a credential.

That makes community college students far more varied than those enrolled at the University of California, Cal State University or private colleges. It also means capturing the progress of community college students — who are much more likely to work and come from poorer families — is far more challenging than simply determining how many students earned a bachelor’s in four or six years.

But California’s community colleges needed accountability, Oakley and Haynes said. While imperfect, the Vision for Success was the first time the chancellor’s office articulated a clear set of goals — “a way to hold up a mirror to the system,” Oakley said.

Whether individual colleges share in the Vision’s excitement depends on whom one asks, said Larry Galizio, president of the group that represents local community college presidents and trustees, the Community College League of California. He said some college leaders view the Vision document as “encroaching” and dictating what campuses have to do.

“The structure of the system is such that there’s always going to be a tension between the statewide perspective and the locals,” Galizio said, who cited campus police reform as another friction point.

Haynes and Oakley are optimistic new laws will lead to a narrowing of the gaps in graduation rates over time. Those include a new requirement that colleges enroll most students in math and English courses required to transfer to a Cal State or UC.

Last year the Legislature and Newsom approved an expansion of the Cal Grant, the state’s main financial aid tool, to reach another estimated 133,000 community college students. More students may also receive the grant in two years if the state has the money to afford the expansion.

Between the governor’s call for closing equity gaps and other aspirations to improve the academic results at the system, California’s community colleges have their work cut out for them.

“The bar has moved higher,” said Interim Chancellor Daisy Gonzales at a board meeting in August. “We thought we had goals; the governor is asking us to do more.”