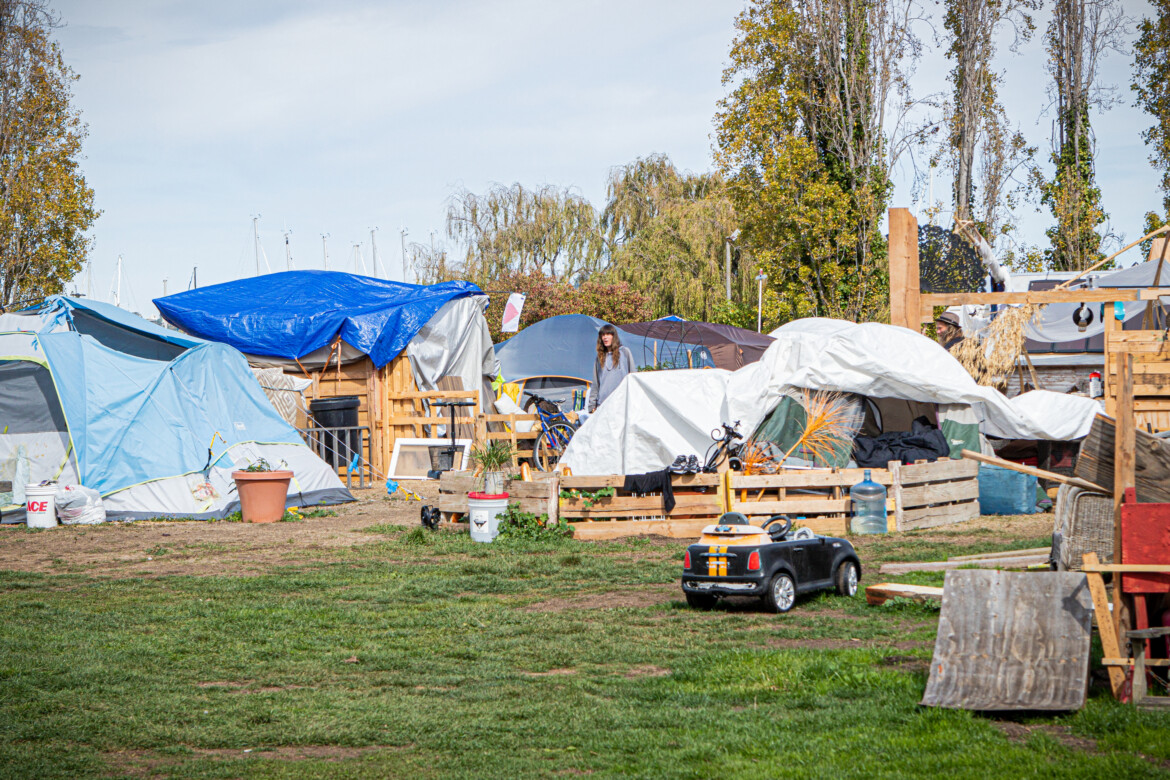 As California faces an extreme drought emergency, day-to-day use of water is an issue for everyone. But even in times of surplus rains and full reservoirs, access to clean water is still a luxury for some residents.

A recent study highlights the problem of access to clean water for people living in poverty, tribal communities, and the working poor. Not surprisingly, it’s a struggle for many.

The Estuary Partnership was created in 1988 under the Clean Water Act and is a collaboration between the state of California and the U.S. Environmental Protection Agency.

The study reached out to 650 people experiencing homelessness from April to July of 2021 in the counties of Napa, Marin, San Francisco and Solano. People living in Hayward, San Jose and Oakland were also surveyed.

When asked how their water access could be improved, one participant said, “They could make it so access to clean water is law.”

But it is the law in California. In 2012, then-Gov. Jerry Brown signed a bill declaring everyone’s right to water in the state. The code reads, “Every human being has a right to safe, clean, affordable and accessible water adequate for human consumption, cooking and sanitary purposes.”

“This right has not been realized equally,” said the Estuary Partnership in the report. “Over one million people in California still lack access to clean drinking water at home, with many more at risk of not being able to pay their monthly water bill.”

The problem is exacerbated for people experiencing homelessness, who have some of the “worst” access to clean water, the report said.

The survey used in the report asked people between ages 10 to 82 who had experienced homelessness a series of multiple choice and open-ended questions to compile the data. Seventy-three percent of the respondents identified as a race other than white.

Asked how they access clean drinking water, 42 percent said they used local businesses, either by buying it, asking for it, or stealing it. Some looked for empty water bottles that they could fill in business restrooms or they drank from spigots at gas stations. This limited access was made worse during the COVID-19 pandemic, when businesses shut their doors and locked up their public restrooms.

“One person mentioned that to drink water, they must beg for it,” reads the report.

Twenty-three percent of responders depended on shelters for access to water, while 17 percent depended on family or friends. 15 percent used public sources such as drinking fountains, fire hydrants, libraries, parks and yards.

18 percent of people surveyed said they had concerns about the safety of the water they were drinking.

“I know it’s dirty but it’s what I can get,” said one respondent.

Twenty-one percent of respondents said they did not have access to a restroom. Of the 72 percent who said they did, they frequented public restrooms, stores, porta potties and libraries. One person said they used the Bay as a restroom, both for washing up and going to the bathroom. The remaining percentage of respondents to this question either declined to answer or gave non-applicable responses.

“Similar to access for drinking water, access to restrooms is also closely related to living situations,” said the report. “Those living in situations without access to a building with plumbing were much more likely not to have access to a restroom where they live and rely on businesses, public restrooms, service providers or programs like churches.”

Twenty-two percent of respondents said they had no regular access to shower or bathing facilities, mostly people who were living in encampments or in vehicles such as a car or a boat. When they did have the opportunity to bathe, it was generally done in public sinks with soap from public bathrooms or they used wipes and paper towels.

Some washed up in streams, lakes and the Bay. There were also people who saved up money to either join a gym so that they could use the facilities there or they rented a motel room to clean up.

The report offers recommendations that seem pretty straightforward: develop additional facilities for people experiencing homelessness, improve and expand services, maintain facilities that already exist, do outreach to let people know about facilities and where to get clean water at no cost, and a big one — ensure housing for all.

Perhaps the biggest impact the report will have is to raise awareness about the problem.

The section of the “Regional Water Needs Assessment” report dealing with clean water accessibility can be found online.