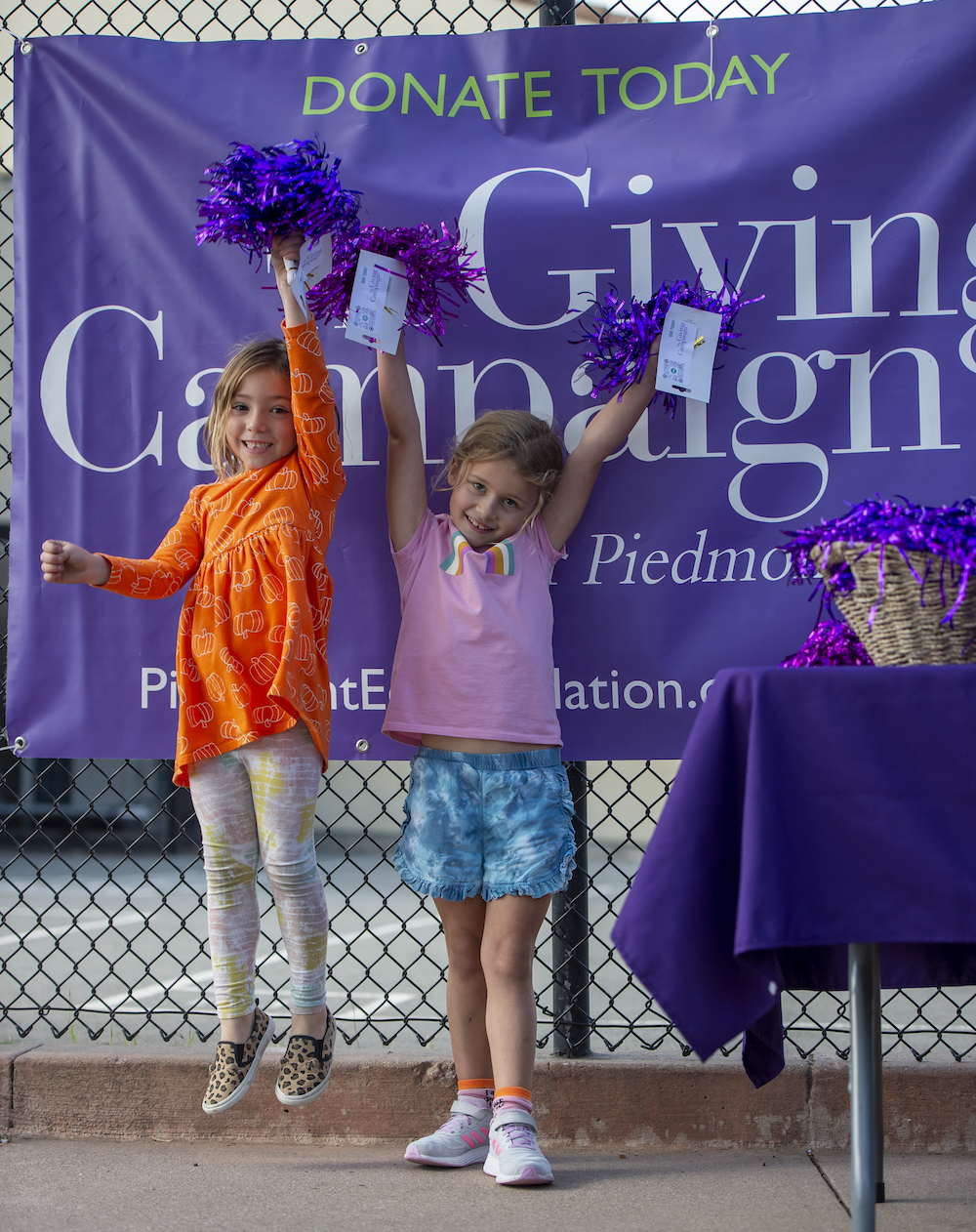 “It’s been one month since the Giving Campaign launched, so spirit day is about raising awareness and celebrating the success thus far,” says Beach’s Giving Campaign representative Laura Jacobs, whose children are in 5th grade, 2nd grade, and TK. “So many families have donated and shown their support, and we want to continue the momentum.” Students and teachers also dressed in purple to show their commitment to Piedmont’s schools and the Giving Campaign.

This year’s spirit day also drew attention to the critical date of Tuesday, November 1st – the last day for families to make their Giving Campaign donation and receive the lawn sign highlighting their family’s support for Piedmont schools.

“Early participation and the lawn signs are a strong signal to the community that we are committed to the ongoing success of our schools. The Giving Campaign donations are essential to funding the gap between what state funds cover and what PUSD is able to offer.” says Giving Campaign co-chair Julia Ruthven.

With a solid first few weeks of community support, the Giving Campaign is nearly halfway to this year’s goal of raising $3.5 million for Piedmont’s students and schools. 100% of Piedmont Education Foundation and PUSD board members have already made their donations.

Other ongoing events include the annual grade-level competition, where each grade level will vie for the highest family Giving Campaign participation rate. The friendly and fun rivalry encourages all families in the Piedmont Unified School District to donate. This year’s winning grade level will be invited to a special event.

The Giving Campaign aims for 100% participation from Piedmont families.  “A big part of the campaign this year is participation – “I’m In!” is our tagline,” says Jacobs. “We’re encouraging everyone to participate. The donation amount is not as important as showing your support for your community and your schools.”

“We’re so fortunate to live in a community that places so much value on music, library, and extracurriculars that other school districts may not have the opportunity to fund,” continues Fakoury. “We feel very lucky that everyone comes together to make those things available to our students. At the end of the day, the Giving Campaign is all for our kids.”

Scenes from campuses around town

To learn more about the Piedmont Education Foundation’s Giving Campaign or to donate, please visit www.piedmontedfoundation.org.

One thought on “The Giving Campaign team hosts ‘school spirit days’ at Beach, Havens, and Wildwood”