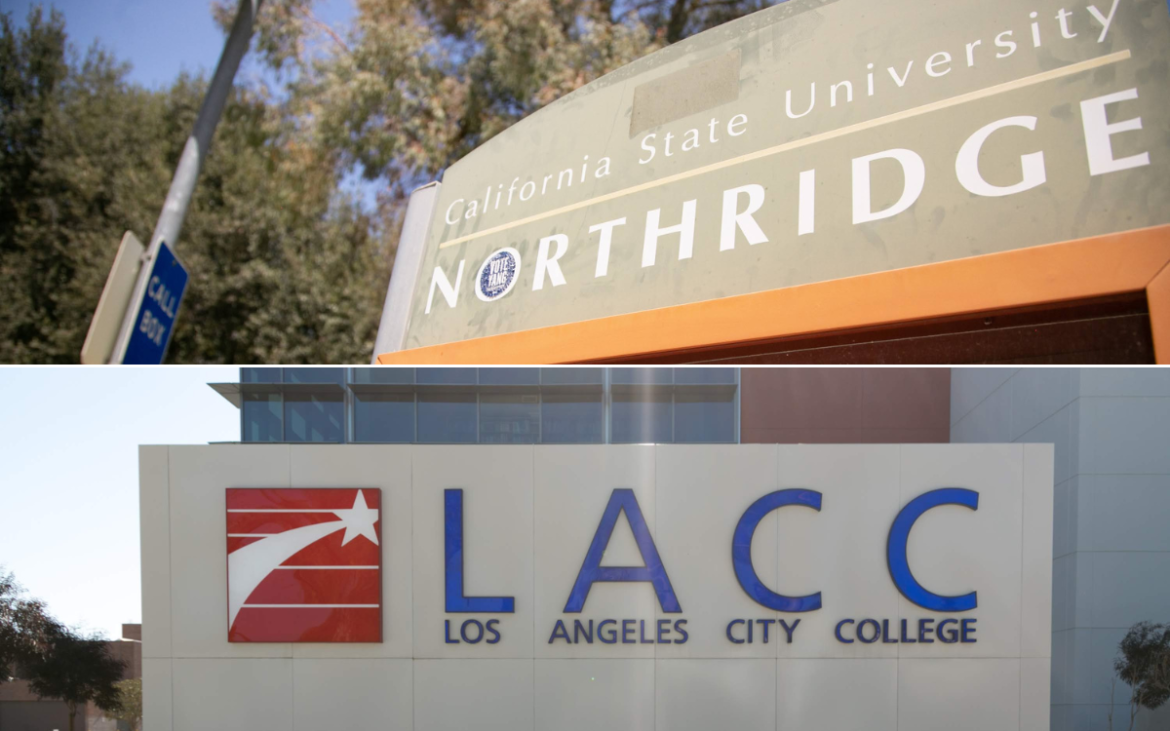 A new report outlines the way search for college and university leaders favors white men and offers solutions. It comes at a critical time when the top positions are open at many colleges around the state, as well as the chancellor positions at both the California State University system and California Community Colleges.

At a time when California is searching for key jobs in higher education, it is critical for a change in the selection system that favors white men, a new report concludes.

The student bodies of public colleges and universities have become much more diverse than they were 10 or 20 years ago, and there is an urgent need to increase these students’ success, said Estela Mara Bensimon, the lead researcher on the report.

“We depend on these students to step into the jobs that have traditionally been occupied by white professionals,” said Bensimon, the president of Bensimon and Associates and professor emerita at the University of Southern California. “There’s both a social justice urgency but also a political and economic urgency.”

She said California needs educational leaders who have the racial literacy and cultural competency to address students’ needs. “We’re not naive that just because you appoint a Black president, a Latinx president, Indigenous president or Pacific Islander president that automatically you get magic,” Bensimon said. “We know that it takes more than that.”

One benefit of diverse leadership is that the increasingly diverse student body will see in their leaders someone who has experienced the same struggles in the face of systemic racism, the study said.

The report outlines the importance of what it calls “equity-minded” leadership, someone who understands that institutions of higher education have “been designed by whites for whites, and is therefore intentional about asking the race question as a standard practice.” Without these kinds of leaders at the top, the work of addressing racial equity won’t be fully realized throughout institutions, Oakley said.

The College Futures Foundation commissioned the report, “Whiteness Rules: Racial Exclusion in Becoming an American College President” and a companion piece, “Tools to Redesign Presidential Search for Racial Equity,” that walks presidential search teams through creating a process that is equitable for candidates of color. College Futures advances college degrees for the state’s diverse students.

“We need presidents who have the skills — the racial literacy, the cultural competency — to be responsive to the students that we are educating,” said Bensimon.

But she said that competency in equity issues is not a part of the conversation when searching for leaders. This hurts students, she said. She points to practices, such as remedial education at community colleges, that harm students of color that have remained in place for decades. Gov. Gavin Newsom signed a bill this year that prohibits remedial classes in all but a handful of circumstances.

“No one asked the question of why remedial courses are mostly being taken by these students of color,” she said.

The report notes that this comes at a critical time when the top positions are open at many colleges around the state, as well as the chancellor positions at both the California State University system and California Community Colleges. It also comes just as the U.S. Supreme Court takes up a case that calls into question the role that race plays in higher education, though through affirmative action at the admissions level.

The report notes that historically the top position at colleges and universities in California have been held by white men. It notes that at some institutions, such as UCLA and Cal Poly San Luis Obispo, there have only been white men who have been chancellor or president.

Currently, 51% of public institutions of higher education in California have white leaders. The numbers are starker for more selective institutions: 60% of leaders at the UC are white. That number is 57% in the CSU, and in community colleges, it is 49%.

Women are also underrepresented in both the UC and community college systems, but they’re slightly overrepresented in the CSU system. In the UC system, women make up just 20% of leaders, the report states.

Students at California’s public universities and colleges are overwhelmingly non-white. CSU reported that just 21.5% of its student body was non-Hispanic white last fall. In California’s community colleges that number was 24%, according to data from the California Community College Chancellor’s Office. In the UC system, 23% of students were white.

“You’re replicating the same type of practices that you compare yourself to,” he said.

There is an assumption that candidates of color don’t make it to the finish line because there are not enough qualified candidates in the pipeline. But the report outlines the ways that male whiteness is privileged at every step of the presidential search process from the job listing to the type of candidates on the radar of search firms and finally to the biases of search committees in the final selection process.

“Most people think that the searches are neutral and objective, but the rules that we break in this report [are] calling out how whiteness is implicated in just every step of the process,” Bensimon said. “We don’t talk about that: Whiteness as credentials, whiteness as rules that directly disadvantage Black, Latinx and Indigenous candidates.”

The California-focused report is based on interviews with search firm consultants, trustees and community members, but the heart of the report is interviews with 36 sitting college presidents and chancellors, 20 of those with people of color. It also included an analysis of the curriculum vitae of 35 presidents and chancellors, and 38 job announcements.

It notes that there has been an uptick in the hiring of presidents of color nationally in the months after the George Floyd uprising. But it questions whether this practice will hit a plateau in the same way it did during previously tumultuous times.

The report includes several examples of searches where there was explicit bias against candidates who weren’t white men. One search firm consultant described a trustee who said that a Black candidate from the South couldn’t move forward because they couldn’t understand a word they were saying. Another consultant said that the search committee complained that female candidates were “dowdy,” “motherly” or “like a Jewish woman.” Candidates of color describe a process of telegraphing that they have been assimilated, such as a Black woman who chooses to not wear braids and speaks “white.”

Presidents of color describe having to walk a fine line when discussing race and equity issues during the search process. There may be factions in a search team who want to hit the accelerator on improving equity, while others are resistant.

Oakley said the report mirrored his own experiences as the president of Long Beach City College and, most recently, the chancellor of the California Community College system. He broke down racial barriers as the first person of color in those roles, but he said he faced resistance in both roles from people who believed he wasn’t right for the role or didn’t have the correct academic pedigree.

“While I’m not surprised by the results because I’ve been in the industry for a long time, I am shocked to see how deep in the culture these practices are,” he said.

One search firm consultant told researchers that candidates of color need to be the “Jackie Robinson” of presidents in order to be deemed worthy, qualified and ready.

The report outlines some practices that may seem neutral but give an advantage to white candidates.

For example, search committees tend to privilege candidates who come through academic affairs, a pathway that has shut out too many people of color who have other experiences, such as student affairs. A search firm consultant said faculty on the search committee objected to a Black candidate for not having the right degree and the correct institutional pedigree.

There is a bias toward candidates who come from peer institutions, which limits the pool of candidates. This includes discounting those who have worked at historically Black colleges and universities and Hispanic-serving institutions, Bensimon said.

Michele Siqueiros, the president of the Campaign for College Opportunity, said that she hopes the findings push California to offer more transparent data about the hiring process — not just for college presidents but for other leadership and faculty positions that remain disproportionately white. She added that though the report takes aim at public universities in California, she hopes independent colleges also take the report’s findings seriously as well.

“We are here today to ask how do we attack a structure that is not equitable and not fair for women and candidates of color,” she said.

The report outlines how the deck is stacked against candidates of color, but researcher Megan Chase said that equally important is the toolkit of solutions that the team compiled. It includes advice about how to choose a search firm, rethinking the criteria for job advertisements and taking care to choose and train the search committee.

“Racial equity is in the details,” said Chase. “Without drilling down into the details, it would probably not create as much change as is necessary.”