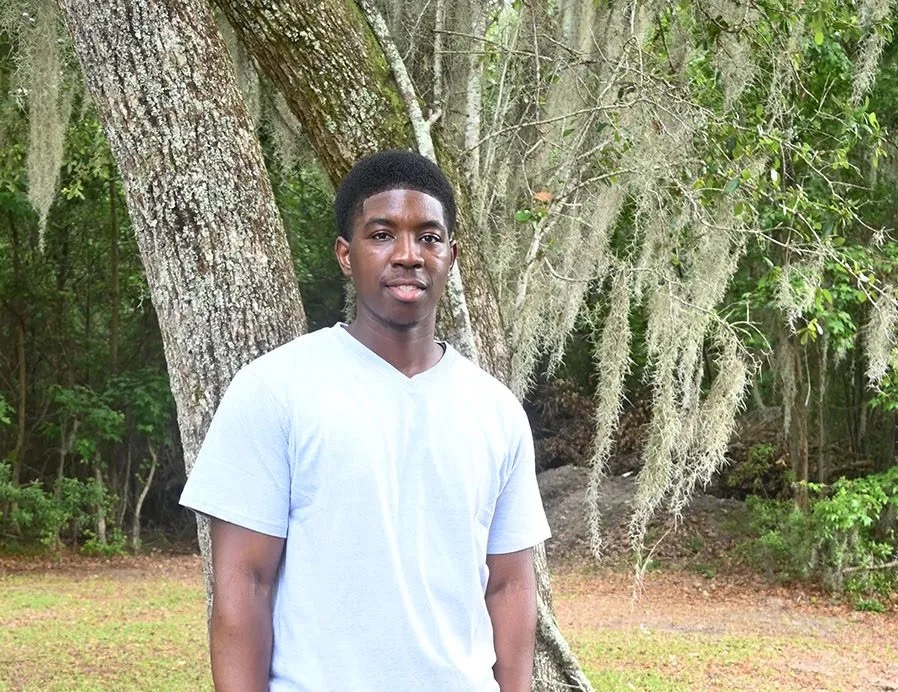 Darius Brown, a research assistant with the upcoming International African American Museum in Charleston, is featured prominently in the Free and Equal Project app, which tells the story of the Port Royal Experiment, wherein enslaved peoples in the Sea Islands were freed by the Union Army early in the U.S. Civil War. (Photo courtesy Michael Epstein)

Documented facts have never been more up for debate, more scrutinized and undermined than now. With more and more states passing new laws against teaching so-called “critical race theory” and LGTBQ history, stewards of knowledge across the U.S., such as librarians and teachers, now face job loss and social exile for attempting to bridge the increasing chasm of access to history and the works that document and inform it.

We in the Bay Area are fortunate to live relatively free of such pressures  — we have banned books embedded in public school curricula, and the space to discuss and debate ideas that are taboo elsewhere. And we host innumerable minds who have taken up the cause to teach all Americans history — not only what happened, but how, why and by whom, and in ways that surpass what a textbook can show us.

Michael Epstein, founder of the San Francisco-based Walking Cinema production studio, felt such a gap when he took a historic tour of Boston many years ago. He has since produced a number of multisensory and augmented-reality historical projects, including Museum of the Hidden City, a neighborhood-based AR guided tour/podcast that uncovers, literally, the buried layers of San Francisco’s society.

He and his team used archival research, poetry and local history to tell the story of the Fillmore District’s fabled mid-century Black prosperity and the community’s subsequent squashing by the city.

But before Museum of the Hidden City was released on the Apple App Store in 2020, Epstein received a query from someone at PBS, who had worked on “Finding Your Roots With Henry Louis Gates Jr.” A new national park, to be named the Reconstruction National Park, was coming together in South Carolina, slated to open in 2019, after starting as a monument.

The location — ​​the Sea Islands, also called the “Lowcountry” of and around Beaufort County — is significant because seven months after the start of the U.S. Civil War in 1861, the Union Army occupied the islands, freed the enslaved people there and began experimenting with Black land ownership and voting rights. The latter, which took place between 1862 and 1865, became known as the Port Royal Experiment.

The National Park Service was planning a museum. “But with the funding they got and with COVID, it made more sense to put money towards this [AR] experience,” Epstein says. “We knew we didn’t want it just to be a tour of historical sites. How do we really make this history connect to today? You’re imagining what happened 150 years ago.”

What Epstein, the National Park Service and a far-flung web of researchers, local historians, museum workers, genealogists and living descendants of the community released a year ago was the Free and Equal Project, an augmented-reality podcast tour that traverses three of the Sea Islands by both foot and car through the legacy of the Port Royal Experiment, the first recorded instance of formerly enslaved African Americans cultivating their own economies and communities in the U.S. The National Park Service’s website describes the time period in the area as a “rehearsal for Reconstruction.” Even though the Free and Equal Project is designed to be experienced onsite, you can still inundate yourself with the story if you’re on a couch across the country.

The impetus for the podcast and park is that, even after 250 years, most Americans don’t really know our own history. We know that, according to researchers, our education system remains reductive and biased, and that at times our own government leaders have tried to undermine how we learn about how the U.S. got to this point.

Most U.S. public school students learn about the Civil War and how it led to the Emancipation Proclamation in 1863 and the 13th, 14th and 15th amendments to the Constitution, which granted rights to formerly enslaved people, as well as the short-lived Reconstruction Era, where, for 12 years, the U.S. military occupation in the South enabled African Americans there to explore the full scope of citizenship, paid work, voting rights and land ownership.

The newly minted federal holiday Juneteenth recognizes the inarguable end to U.S. chattel slavery in 1865. But emancipation had begun years earlier in South Carolina, in 1861.

In the Free and Equal Project’s 13 parts over the course of about two hours, Epstein’s voice guides listeners, both onsite and disparate, through a physical and historical map of the Sea Islands during the Civil War. In person, listeners stop at historic sites like the Brick Baptist Church and the Old Shell Road, where visual triggers offer additional AR depictions of community action and figures obfuscated by reductive histories. For those at home, the podcast’s website has images that can also trigger the additional content.

To anchor all this information is the story of the formerly enslaved Isaiah Brown and his descendant, Darius Brown, who was 22 when the podcast was recorded. Darius has heard about his family’s long roots in the region as a child, but it wasn’t until he took an DNA test that he saw just how deep they went. His research led to a position with the upcoming International African American Museum (set to open in Charleston, South Carolina, on Jan. 21, 2023), through which he got in touch with Epstein. He’s since learned about his ancestors’ enlistment and promotions within the Union Army, bank accounts and land, all of which feature in the podcast.

“It makes it more real, especially for people who live down here,” Brown says. “The people here were some of the first to be free.”

“They were working, buying land and enlisted in the Army,” he says. “That’s how Isaiah enlisted. His brother Abel died in the war, and Kofi was their dad. They bought adjacent land; I have their land certificate.”

Isaiah’s story demonstrates what a community can make of itself when given the proper resources to thrive. The Port Royal Experiment overlaps with that of other historical figures, including Harriet Tubman and Robert Smalls, the latter of whom took control of a Confederate ship and sailed it into Union waters to emancipate himself and the crew.

In between expository narrative moments, which Epstein and Brown share, are poems written and read by Charleston, South Carolina’s first poet laureate, Marcus Amaker. The Sea Islands are also part of the soil from which sprung the Gullah Geechee cultures, a braid of West and Central African tenets that have their own art forms, foodways, language and music. These poems, which often inhabit the people as they live through emancipation, are punctuated with songs and instrumentals they were most likely singing during pivotal moments, including the Jan. 1, 1863, reading of the Emancipation Proclamation.

“Gullah Geechee is the home of a lot of things: foods, baskets, Negro spiritual songs. Hits like ‘We Shall Overcome’ and ‘Nobody Knows the Trouble I’ve Seen’ — all these songs come from the islands. Historians have taken an unflattering view of this culture,” Crawford says. But “Gullah Geechee culture is an indelible part of America.”

Since launching the podcast as a smartphone app last year, the Free and Equal Project has also expanded to a website with additional archival images and contextual information, including how to tie all this into the current state of American politics. No one piece of media can ever tell a complete story, but if you find yourself caught in traffic, why not sit with a piece of it?