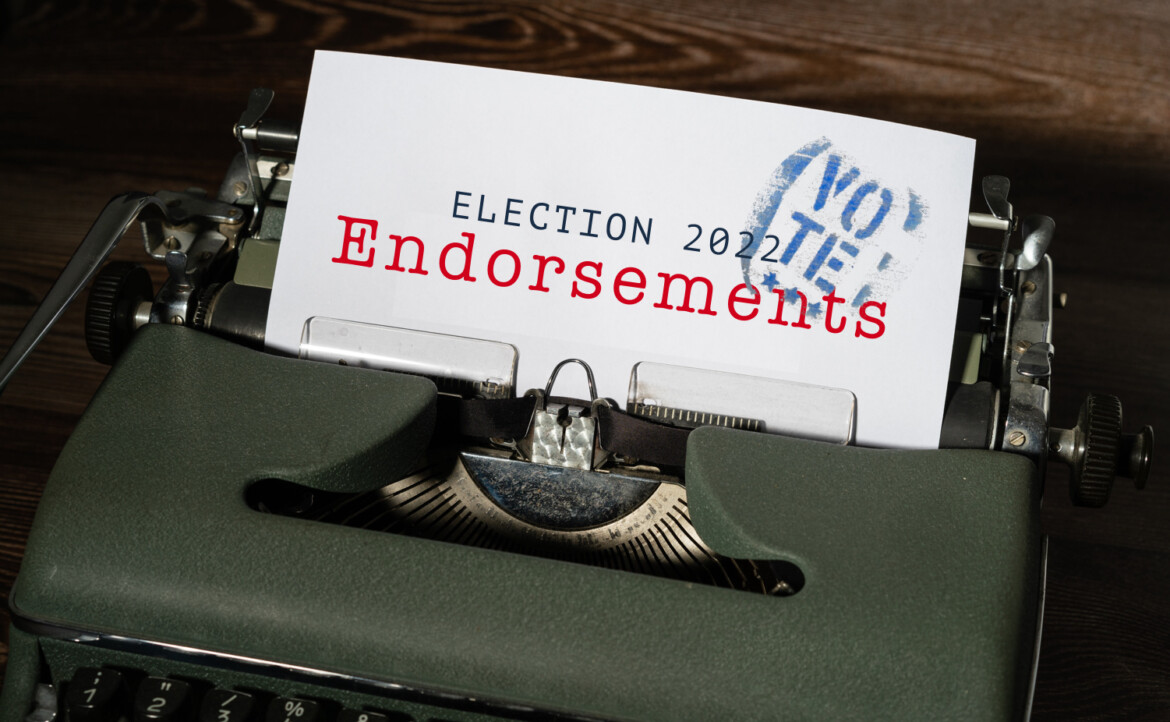 Like letters to the editor, lawn signs, or other visible signals of support — endorsements are part and parcel of political campaigns. A candidate may collect endorsements from anyone — elected officials, community leaders, local nonprofits, and friends and family. Endorsements can signal the depth and breadth of a candidate’s community involvement and are usually prominently displayed on a candidate’s website or in campaign materials.

Among the six candidates running for three spots on the City Council, incumbent Betsy Smegal Andersen has been endorsed by the most current and former elected officials and community leaders. Seven former mayors — Dean Barbieri, John Chiang, Bob McBain, Michael Bruck, Abe Friedman, Susan Hill, Valerie Matzger — plus the current mayor Teddy Gray King and Vice Mayor Jen Cavenaugh are supporters. Thirteen current and former school board members all support Andersen’s bid for another term. Andersen’s deep ties to Piedmont are also reflected in the names of her endorsers. View the list of her supporters HERE.

Sunny Bostrom does not have a website and did not respond to our request for endorsers.

Bridget Harris, who is running for office for the first time, lists two former mayors (Dean Barbieri and Bob McBain) and three local realtors (DJ Grubb, Teresa Baum, and Anian Tunney) among her supporters. View the list of her supporters HERE.

Incumbent Jen Long, who was appointed to her seat earlier this year to fill a vacancy left by Tim Rood, is endorsed by all current City Council members (Betsy Smegal Andersen, Jen Cavenaugh, Mayor Teddy Gray King, Conna McCarthy) as well as two former mayors (Abe Friedman and Valerie Matzger) and leaders of local community organizations. Long is also endorsed by all current school board trustees and three former members. View the list of her supporters HERE.

Tom Ramsey, who has served on the city’s Planning Commission and is running for his first elected office, is supported by two former mayors (Bob McBain and John Chiang), several former school board members, nine current and former members of the Planning Commission, and several leaders of local community organizations. View the list of his supporters HERE.

Board of Education (in alphabetical order)

Shirley Hooi, who is running for one of three open spots on the school board, declined to share a list of endorsers with the Exedra and asked that we publish this statement instead:

My supporters and I hope that each voter thoughtfully evaluates each candidate, and decides for themselves, rather than being swayed by others’ choices. For that reason, we choose to not share our endorsement list.

Ruchi Medhekar, a former vice president and president of the Beach Parents Organization, a member of the tri-School Site Council, Local Control and Accountability Plan (LCAP) Committee, and the district’s Budget Advisory Committee has an endorser list that reflects her involvement in school issues. It includes past and current school board members Hilary Cooper, Sarah Pearson, Cory Smegal, and Veronica Anderson Thigpen, current members of the Piedmont Education Foundation, and several current City Council leaders. View the list of her supporters HERE.

Want to learn more about the candidates? Check out the Exedra’s online interviews below.