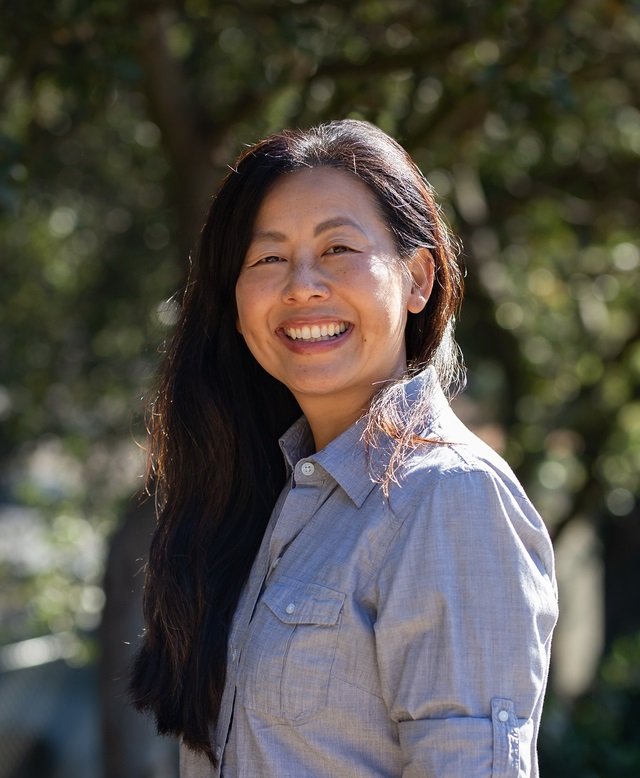 Shirley Hooi is one of three candidates vying for two spots on the PUSD Board of Education.

Piedmont Unified School District officials say it will likely be early November before records requested by one school board candidate in August can be delivered to her, given the breadth of the material that candidate requested.

“Due to the large amount of information requested and subsequent time required by PUSD staff, we estimate providing non-exempt, non-privileged, disclosable records deemed responsive to this request on or about Friday, Nov. 11,” school district spokesman Brian Killgore told the Exedra in an email.

The time required to gather that information, the president of Piedmont’s teachers union said last week, will be a “huge, huge imposition” on the district’s 200 teachers, who will be tasked with finding the information Hooi seeks and presenting it to the district.

“If we’re asking teachers to take on dozens of extra hours for this, that’s time we don’t have to prepare lessons or to help seniors with their college applications,” said Elise Marks, a high school English teacher and president of the Association of Piedmont Teachers.

Hooi is one of three candidates vying for two open seats on the Piedmont school board in the Nov. 8 election. Hooi is facing off against Ruchi Medhekar and Lindsay Thomasson. All three are first-time candidates for elected office.

Killgore would not comment on any specifics of Hooi’s records request until the asked-for information has been collected and reviewed. He also declined to provide an estimate of how much fulfilling this request will cost, in money, materials and/or manpower, “until the project is finished.” The date of the election, Nov. 8, has nothing to do with the estimated Nov. 11 date for Hooi’s requested records to be ready, said Killgore, adding that that date could be moved up if the material is ready sooner.

It is unclear whether Hooi is looking for something specific within the documentation she seeks, or what that specific information could be. Hooi did not respond to a short series of questions posed by the Exedra, including whether she is looking for anything in the Piedmont schools curriculum related to Critical Race Theory (the academic study of racism’s pervasive impact), diversity, equity and inclusion or other elements of what she, in a letter to the editor of a local newspaper, described as “woke culture.”

In a June 9, 2021 letter to the Piedmont Post, she wrote, “Will our children continue to be made to feel guilty or beneath themselves because of their skin color? Will our children be indoctrinated into Marxist-based race ideology? We hope that this is not the case.”

In an April 2021 letter to the Post, Hooi – who described herself as a “Chinese mother raising two kids who are half-white” – said, “Although I applaud Piedmont Unified School District for exposing students to the racial and economic inequalities that Black Americans experience, these teachings have created a profusion of ‘white guilt’ for my children while they struggle to discern their Chinese side (especially during this period of increased Asian hate attacks).”

Public information requests have become an increasingly common tool for school activists of all stripes, from conservatives looking to battle “woke” policies to liberals who want to make classrooms more inclusive.

In California, the Public Records Act, made part of the state constitution in 1968, requires inspection or disclosure of governmental records to the public upon request, except for records specifically exempted by law.

Marks said neither Hooi nor anyone else will find anything about Critical Race Theory in Piedmont’s curriculum, because it isn’t there. CRT, Marks said, is rarely found in public education curricula other than in advanced college-level programs.

Marks said that Piedmont schools work to teach history as accurately as possible, and that doing so often highlights events and policies that can make people uncomfortable.

“We talk about slavery, lynchings, redlining … the many injustices that have happened through the course of history,” she said. “Most of the community wants our kids to be exposed to history in its fullness and its complexity.” Some of that, Marks said, is uncomfortable to revisit.

“I don’t see how you have education that doesn’t make people uncomfortable,” she added. “That’s how we learn.”

In the April 2021 letter, Hooi said discussion of such issues is warranted, to a point. “By no means am I sweeping the past and present-day race issues under the rug, but there should be limitations of these teachings by PUSD. I thank PUSD for acknowledging the many issues that we face today, but I believe PUSD should yield to families the in-depth discussion of race issues, along with political viewpoints, due to unrestrained and undue influences.”

The comments section has been closed.