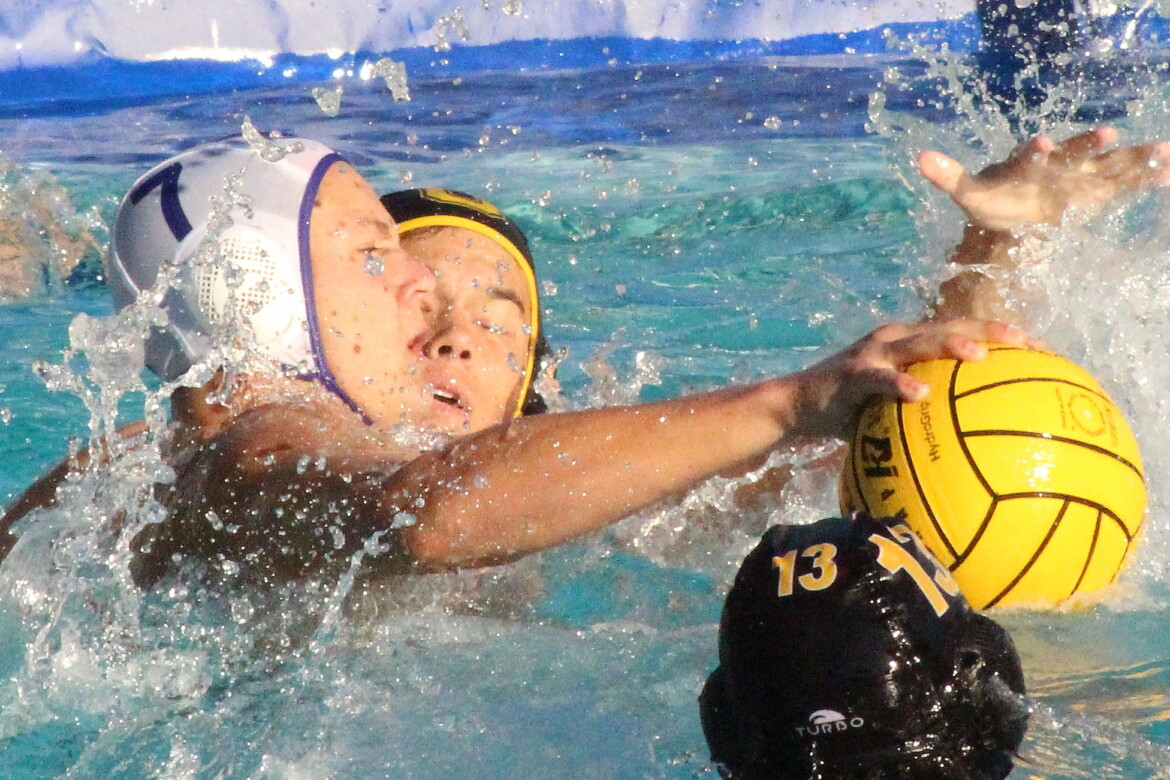 George Stein scored three goals to help lead Piedmont to a 12-7 win over Bishop O’Dowd at Mills College on Oct. 11. The win lifted the Highlanders’ record to 15-4 on the season.

Finn Burke got Piedmont off to a quick start, scoring two goals in the opening 62 seconds of the game. Zachary Bezenek got one back for the Dragons with three minutes, 55 seconds to go in the first quarter. But Declan Linnnane set up a pair of goals for Piedmont – first to Stein and then to Peter Krumins to make it 4-1 at the end of the first quarter.

Dariush Kashani was strong in goal for the Highlanders, recording four saves in the first quarter en route to 12 for the game.

Bishop O’Dowd got back in the match with the first two goals of the second quarter. Ryan Walsh set up Hunter Morgan for the first goal, then Walsh scored off a pass from Matthew Dominguez to make it 4-3.

Piedmont then took control of the game, scoring the next four goals. Krumins set up Hayden Jahn with 2:44 left in the first half to get the run started. Quincy Scherman set up Jahn with 33 seconds left in the quarter, then scored himself on a lob with just four seconds remaining for a 7-3 lead at the break.

Burke fed Linnane for the first goal of the third quarter to make it 8-3 with 6:04 on the clock.

Walsh and Nathan Pompeani scored goals to close the gap for the Dragons. Daniel Banin then scored with two seconds left in the period, giving Piedmont another late goal.

Krumins scored off a pass from Banin just 22 seconds into the fourth quarter to make it 10-5. Walsh scored for Bishop O’Dowd, but the Highlanders answered with a pair of goals from Stein. Walsh scored on a rebound with 41 seconds left for the final goal.

The Mills College pool is narrower than regulation, according to Kashani.

“We’ve never played better,” Kashani added. “I think this is the best team chemistry we’ve had throughout all my years.”

Kashani is a four-year starter.

The Highlanders took three of four matches at the Tri-Valley Tournament in Pleasanton on the weekend of October 7-8. Piedmont opened with a 9-7 defeat at the hands of Terra Linda-San Rafael, then defeated James Logan (13-5), Foothill-Pleasanton (9-8) and California (12-7).

Stein and Burke each had two goals in the loss to Terra Linda. Linnane had four goals in the win over James Logan. Stein scored four goals and Krumins three against Foothill. Statistics for the California game were not available.

On Oct. 5, Piedmont lost at American-Fremont, 16-14 in a shootout. The game was a makeup from September. The game was tied 10-10 after regulation and 13-13 after two overtime periods. Avery Ramirez, Hadi Hassanin, and Roman Fante scored goals in the shootout for the Eagles. Kashani scored for Piedmont in the shootout.

Stein had four goals and Linnane had three for the Highlanders. Krumins, Burke, and Elles Krieckhaus each had two goals for Piedmont.

The Highlanders’ next game is scheduled for Oct. 18 against Alameda at Encinal.