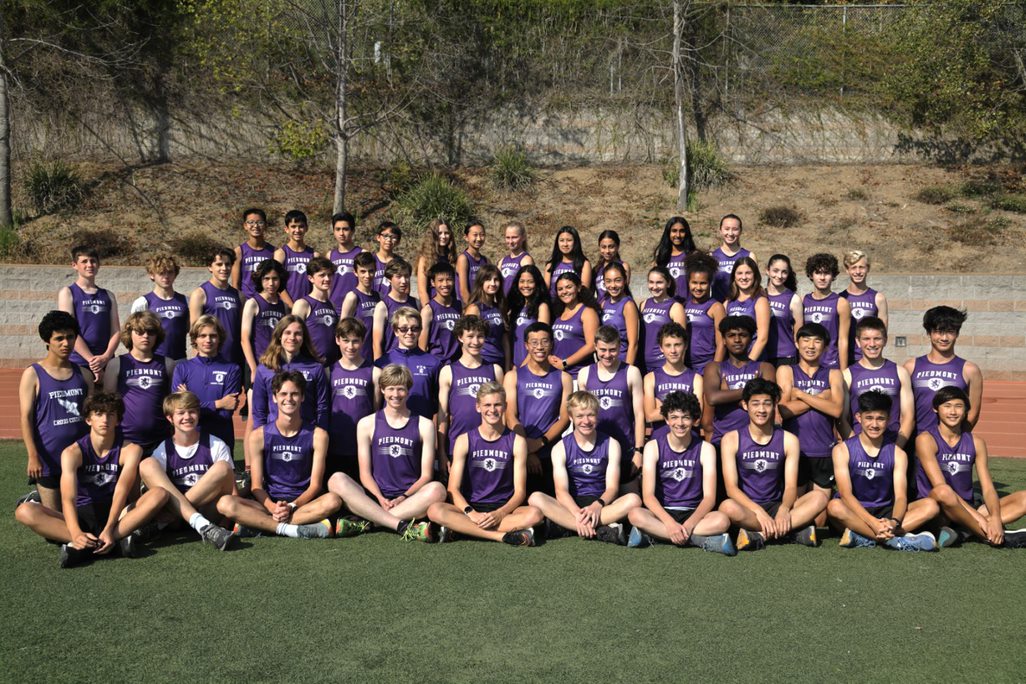 Piedmont High School’s cross country team hosted the second Be the G.O.A.T. meet in Pinole on October 1. The Highlanders finished second behind Berkeley in both the boys and girls races. A pair of Oakland Tech runners took the individual titles.

Junior Miles Jones won the boys race in 15 minutes, 40.3 seconds on the three-mile course at the Pinole Multi-Use trail. Freshman Chloe Leduc won the girls race in an impressive 18:48.9, well in front of Piedmont freshman Skylar Best, who finished second in 19:33.4. Junior Jamie Schwartz finished fourth for the Highlanders in 20:14.9.

Senior Sonia Delangle led Berkeley with a third-place finish in 19:54.9. The Yellowjackets won the team title due to a cluster of runners who finished seventh-12th.

Berkeley ended up with 29 points to Piedmont’s 43.

Sophomore Evan Byun finished 15th in 17:24.7 for the Highlanders. Junior Miles Antaya was the fifth scorer for Piedmont, coming in 25th in 18:20.3.

Piedmont’s next meet is scheduled for October 12 at Point Pinole Park. It is part of the West Alameda County Conference round-robin schedule.

At the last WACC meet, Schulte-Sasse ran the three-mile course at Hayward High (site of the league and North Coast Section championships) in 15:27.57. That was second to Bishop O’Dowd’s 15:25.21. Dietz was next in 15:27.78 in a battle of some of the top runners in the WACC.