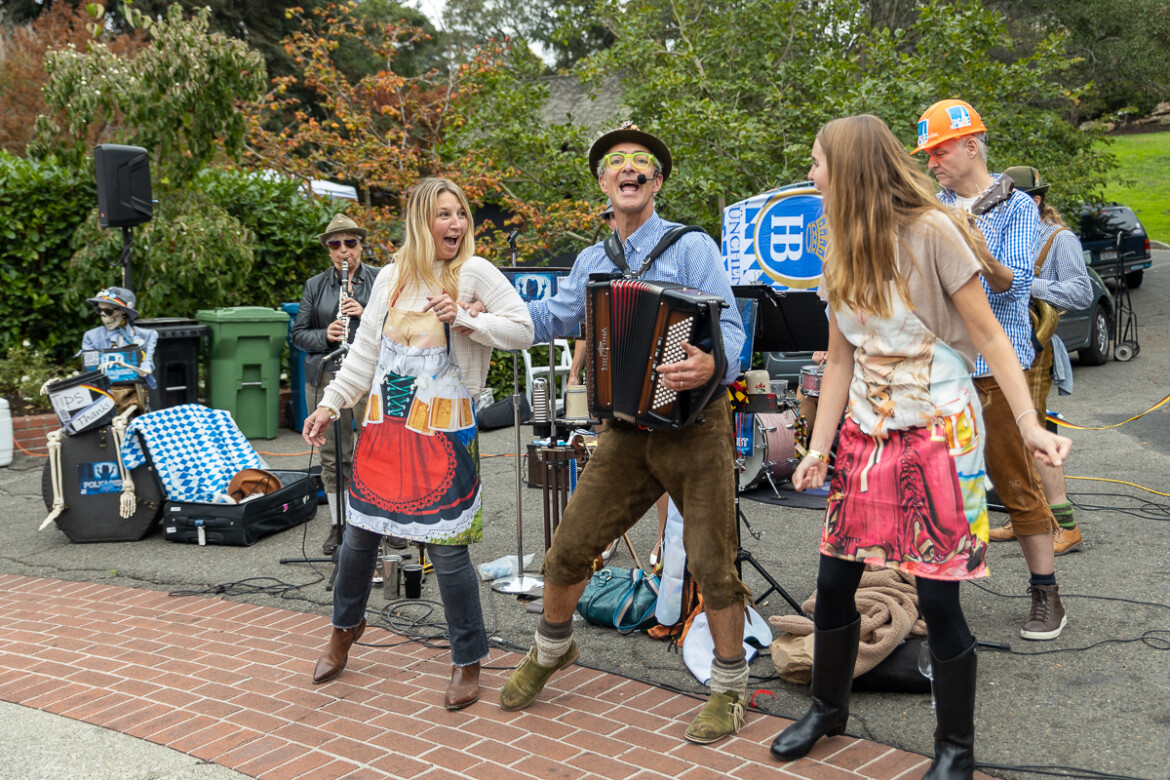 From yodeling and polka to beer, attendees got into the spirit of Sunday’s fundraiser for PHS Athletics. The event featured local craft breweries, the Wente Wine Grotto, BBQ sausages, German-style pretzels and music by Polka Geist, a Bay Area German oompah band.

Over 470 attended to sample over 25 different beers from seven breweries and enjoy wine at the Wente Wine Grotto. A primary sponsor of the event, Wente Family Vineyards donated all the wine for the grotto.

“Thanks to the the generous support from sponsors, every penny of every ticket sold went directly to funding Piedmont High Athletes,” said Steve Humphries, one of the Oktoberfest organizers, along with Todd Marshburn and Chris Hart, who is also president of Boosters.

This year’s fundraising raised a record-breaking $40,000. Says Hart, “We’re especially appreciative of the volunteers who made it all happen — it was a team effort.”