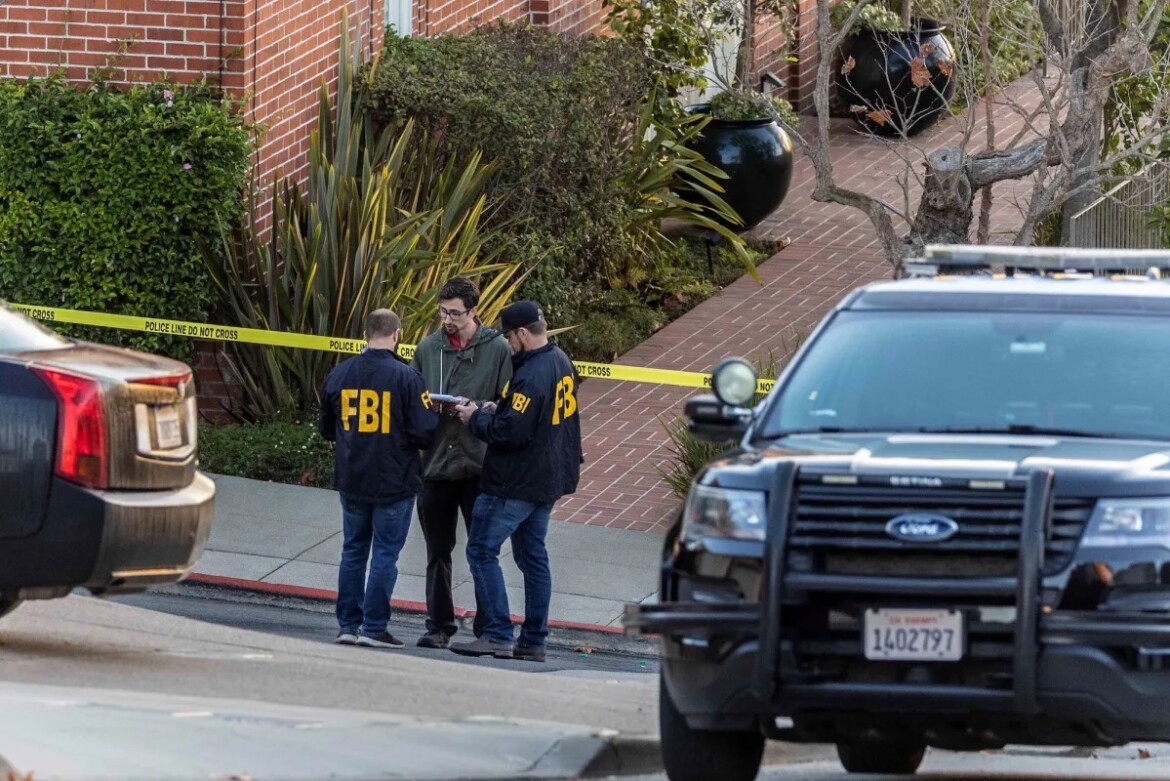 FBI agents work outside the home of U.S. House Speaker Nancy Pelosi, where her husband Paul Pelosi was violently assaulted after a break-in at their house in San Francisco on Oct. 28, 2022. Photo by Carlos Barria, Reuters

Friday’s attack on Paul Pelosi, husband to Speaker of the House Nancy Pelosi, that sent the 82-year-old to the hospital with a skull fracture and other serious injuries has cast a harsh light on the intertwined, deeply ingrained problems facing California and the nation with just a little over a week until the Nov. 8 election.

1. Violence against public officials. The same day that police say suspect David DePape broke into the Pelosis’ San Francisco home and shouted “Where is Nancy?” before attacking Paul Pelosi with a hammer, a Pennsylvania man pleaded guilty in federal court to threatening to kill Democratic U.S. Rep. Eric Swalwell of Fremont. Last month, a San Ramon man was convicted of threatening the life of Democratic state Sen. Scott Wiener of San Francisco. In June, a California man was charged with attempting to murder U.S. Supreme Court Justice Brett Kavanaugh.

Meanwhile, many California public health officials who enforced pandemic restrictions encountered violent threats, prompting some to quit. And 15% of local election officials have left their jobs since November 2020 amid persistent harassment and increasing claims of voter fraud, according to a California Voter Foundation report.

2. Hateful speech and misinformation. California in recent weeks has been reeling from an onslaught of hateful speech, including Los Angeles City Councilmembers’ secretly recorded racist comments, repeated antisemitic remarks from rapper Kanye West and anti-Jewish actions in Los Angeles, all of which drew the condemnation of state officials.

Gov. Gavin Newsom described the assault on Paul Pelosi as “yet another example of the dangerous consequences of the divisive and hateful rhetoric that is putting lives at risk and undermining our very democracy and Democratic institutions.” He added, “Those who are using their platforms to incite violence must be held to account.”

One of those platforms would seem to be Twitter, now led by billionaire Elon Musk. On Sunday, Musk tweeted — and then deleted — what news outlets have described as a conspiracy theory about the Pelosi attack from a website known for spreading misinformation, writing, “There is a tiny possibility that there might be more to this story than meets the eye.”

3. Crime, homelessness and mental illness. While Democratic officials have generally emphasized DePape’s descent into right-wing conspiracy theories, Republicans and other critics of California’s dominant party have focused on his possible mental illness and experiences with homelessness and drug addiction. “If Paul Pelosi can’t be safe in his home in San Francisco, how can anyone be safe?” Nathan Hochman, the Republican candidate for California attorney general, told the Los Angeles Times. “This is a continuum of a spiral of lawlessness. Enough is enough.”

Authorities have said that DePape was targeting Nancy Pelosi and the crime wasn’t random. Nevertheless, the assault comes amid growing concerns over crime and homelessness in California: Also on Friday, a San Francisco supervisor’s home was broken into. And on Thursday, a group of San Francisco shop owners said they’ve been arming themselves with Tasers, bats and stun guns to combat a growing number of break-ins.

4. Increased polarization, partly due to our desire to make simple narratives out of complex situations and prove political points. In a Sunday New Yorker column analyzing the country’s frantic efforts to label DePape as “right-wing” or “left-wing,” Jay Caspian King argues, “The hope, if course, is to draw clean lines of cause and effect: the ideas propagated by Donald Trump, Tucker Carlson, and far-right trolls infect the mind of a mentally ill person in a way that prompts them to … break into the home of the Speaker of the House. But I am deeply suspicious that the world works in such a coherent fashion. … How we ultimately choose to describe these violent men often betrays more about us than about them.”

Time to vote: Find out everything you need to know about voting before California’s election ends Nov. 8 with the CalMatters Voter Guide, which includes information on races, candidates and propositions, as well as videos, interactives and campaign finance data.