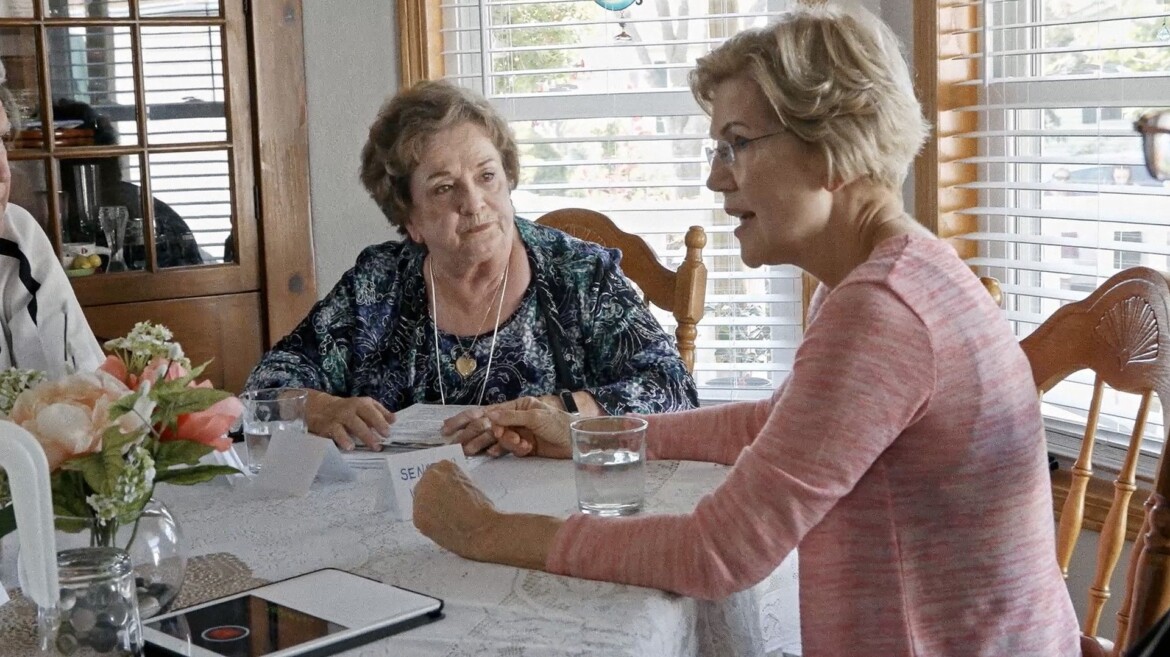 Of pertinent interest in the South Bay will be "A Decent Home," a documentary that looks at the priced-out housing crisis. Part of it includes a Mountain View mobile home park next to Google's headquarters. (Photo courtesy United Nations Association Film Festival)

The 25th United Nations Associations Film Festival might well be your go-to event these next 11 days for anyone searching for perspective-changing documentaries that aim to make the world a better, more informed place.

The festival features 60 documentaries and runs from Oct. 20 through Oct. 30 at various locations in Palo Alto, East Palo Alto, San Francisco, as well as on the Stanford University campus. It’s an ambitious slate with 56 percent of the work that will be shown directed by women and 60 percent that come from filmmakers of color.

This year’s UNAFF Visionary Award will be given to filmmaker Dorothy Fadiman, whose short documentary “When Abortion Was Illegal: Untold Stories (shown at the festival in 2002) today seems more pertinent and powerful than ever. Fadiman will be presented with the award after the screening of the documentary “The Janes,” which is not directed but echoes the themes of her short, at 8:30 p.m. on closing night, Oct. 30.

The overall theme for this 25th anniversary celebration is Reflections.

Palo Alto Mayor Patrick Burt will provide opening remarks Thursday at Palo Alto’s Mitchell Park Community Center, 37000 Middlefield Road. The opening night selections include  Maggie Friedman and Barbara Multer-Wellin’s “Orchestrating Change” – dedicated to the trailblazing Me2/Orchestra, made up and operated by people living with mental illness – and the inspiring/award-winning “Writing With Fire” – on a brave team of female journalists in India. The short documentary “Maldita. A Love Song to Sarajevo” precedes “Orchestrating Change.”

Here are a few recommendations:

The housing crisis and how it irretrievably affects and jeopardizes lower income residents continues to expand into an even more dire situation. Director Sara Terry’s “A Decent Home” raises the voices of a disenfranchised group left often out of the conversation, mobile home residents and their struggles to keep hold of their homes due to a lack of rules and regulations. Terry brings to light an important, overlooked facet of the crisis and even surveys the situation at a Mountain View mobile home near Google headquarters. This one’s a talker. Should you want to read more about this endless cycle of poverty, check out Matthew Desmond’s exceptional 2016 “Evicted: Poverty and Profit in the American City.”  (Screening for “A Decent Home”: 1:30 p.m. Oct. 23, Palo Alto’s Mitchell Park Community Center)

Former Berkeley resident and documentary-maker/author Tom Weidlinger relates a painful personal story about the tall tales that his famous engineering dad used to tell him and turned out to not to be as overly embellished as he thought. In “The Restless Hungarian,” Weidlinger digs into his own and his dad’s past and uses various creative tools to do so, assembling a fascinating film that utilizes reenactments, photos, letters and anything else he can find to accomplish that goal. “The Restless Hungarian” proves most effective at illustrating how a son searches for more context and understanding about a man who divulged much but skipped critical aspects of his life.( 8 p.m., Oct. 27, Stanford University, Anderson Collection, 314 Lomita Drive)

Shalini Kantayya’s explosive exposé on how primarily white tech industry innovators have wired racial bias into algorithms and security/ tech products makes for not only a game-changing watch but an important one. “Coded Bias” sounds the alarm on the damage being done to people of color, and it’s more shocking than you ever suspected. The good news is that some of the tech is in the process of being changed, but as “Bias” reflects, there’s much more work ahead. (8:30 p.m., Oct. 22 at  Palo Alto’s Mitchell Park Community Center)

Former Oakland resident Stanley Nelson’s “Attica” is a shattering portrait of racism and how it fueled a horrific outcome in the U.S.’s largest prison revolt. “Attica” is meticulously researched and recounts the New York September 1971 prison uprising in which mostly Black and Brown convicts demanded reforms after they took guards hostage. Nelson draws heavily on a vast array of archival images and footage along with candid interviews of former prisoners, relatives of the guards and journalists among others to take us through those five perilous days in which 29 inmates and 10 guards were killed. It covers the topic from various perspectives and leaves you hollowed out by the end.  (8:40 p.m. Monday, Palo Alto’s Mitchell Community Center)

Directors Aviva Kempner and Ben West thoroughly look into an important topic with their “Imagining the Indian.” They follow coordinated efforts to dismantle stereotypes and rid teams of derogatory mascots by interviewing those who are moving the needle forward and changing negative and demeaning portrayals of Native Americans (9 p.m., Oct. 23 at  Palo Alto’s Mitchell Park Community Center)

For tickets and a complete schedule, visit http://www.unaff.org/2022/films.html