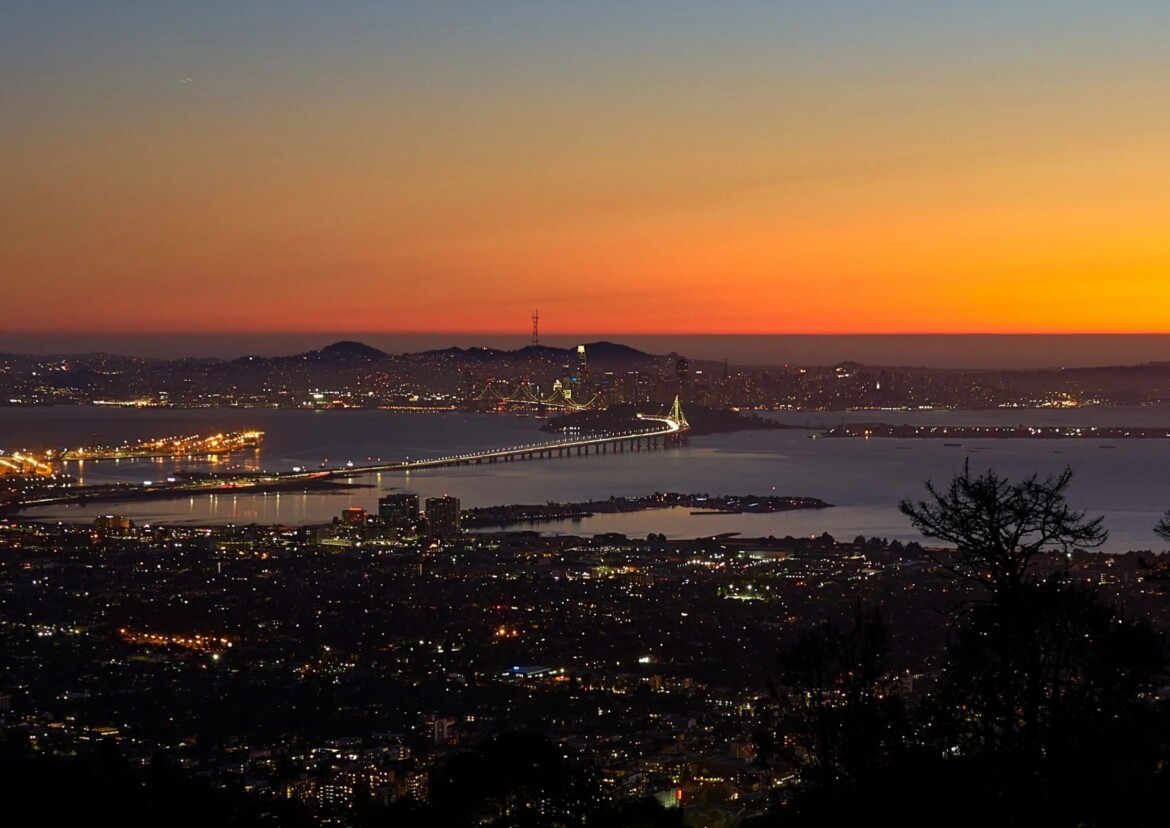 Looking over Oakland to San Francisco from the Berkeley, Calif., hills on Sept. 1, 2019. (Peter Y. Sussman via Bay City News)

One-fifth of offices in San Francisco are expected to remain vacant through at least 2026, but property tax revenue may not see a large reduction in the immediate future, according to a report issued this week by the city’s chief economist.

In a response to a July letter of inquiry from Supervisor Catherine Stefani about the state of the city’s downtown commercial properties, Chief Economist Ted Egan noted that the COVID-19 pandemic and the resulting increase in employees working remotely have increased office vacancy in the city from roughly 5 percent pre-pandemic to 24 percent in the third quarter of 2022.

An analysis by commercial real estate company JLL forecasted that between 19.5 percent and 25.3 percent of the city’s office space will remain vacant through 2026.

Both vacancy rates would be as high or higher, according to Egan, than any prior office vacancy peak since at least the 1990s.

“It is hard not to see a connection between reduced employee time in the office, and reduced demand for office space from their employers,” Egan said in his report to Stefani.

But while a large portion of the city’s office space remains vacant, the city is still receiving property tax revenue from a portion of tenants that have attempted to sublease their office space rather than break the lease entirely, according to Egan.

Sublease vacancies accounted for between 80 and 90 percent of the city’s overall office vacancies in 2020 and 2021, with office tenants continuing to pay rent while attempting to find a sublessee.

However, roughly two-thirds of the city’s office vacancies are now “direct” vacancies, according to Egan and JLL, meaning the original lease has been broken or not renewed.

Even with that increase in direct vacancies, the city may not see a large loss in property tax revenue due to Proposition 13, the 1978 ballot initiative that capped property tax rate increases at 2 percent each year.

Because the market value of much of the city’s property has skyrocketed in recent decades, most office space is currently assessed below its market value.

“The fact that, until mid-2022, most of the city’s vacant space is on the sublease market, and still generating rent for the building owners, is an indication of the lag between a downturn in office demand, and a downturn in property tax,” Egan said.

That said, Egan argued that forecasting potential office vacancy rebounds in the coming years would be “highly speculative,” as many employees and employers have yet to settle on a hybrid work routine.

“Across the U.S., virtually every indicator of economic activity – from the number of employed people, the length of airport security lines, the number of restaurant reservations, attendance at NBA games – are near or above pre-pandemic levels: except office attendance,” Egan said.

“If office rents, and/or vacancy rates, are permanently lowered because of a new work-from-home pattern, then property taxes from office buildings will, eventually, be reduced in proportion,” he added.