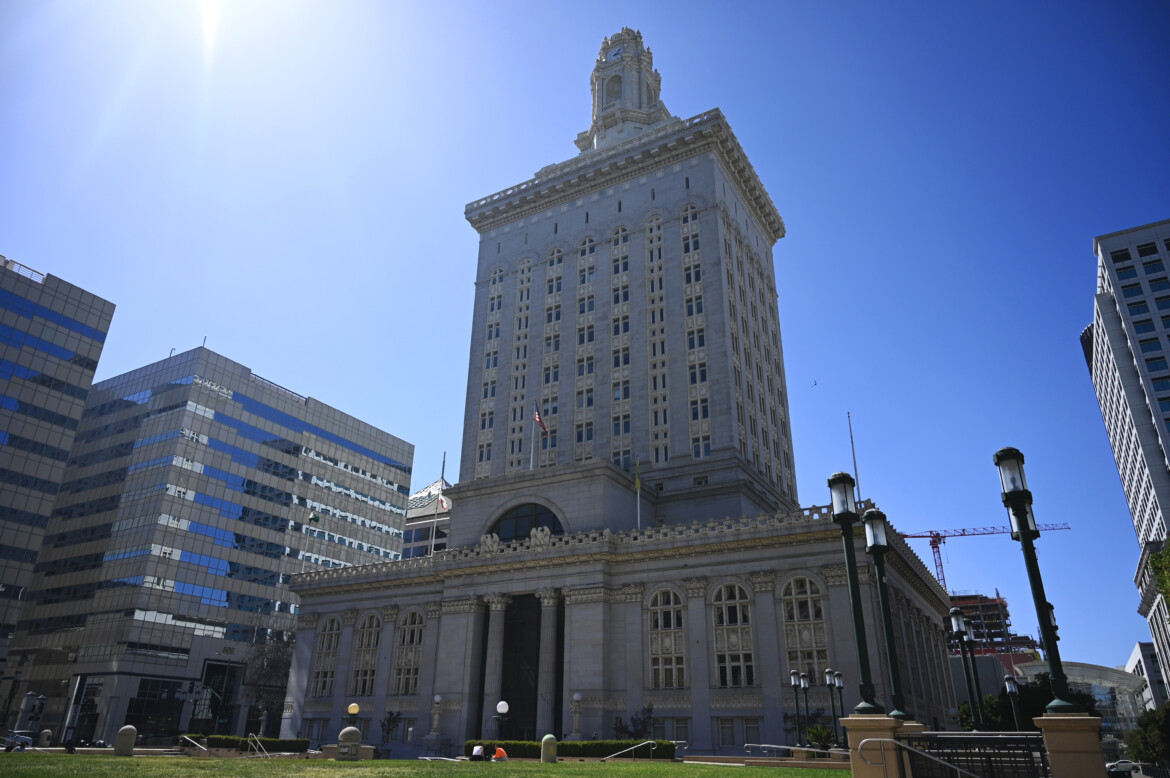 The outside view of the front of Oakland City Hall on a sunny day on April 9, 2021, in Oakland, Calif. (Samantha Laurey/Bay City News)

Police in Oakland will continue to use automated license plate readers following a unanimous vote by the city council on Tuesday.

Last month, the city council’s Public Safety Committee sent the Police Department’s request for continued use of the readers back to the Privacy Advisory Commission. Councilmembers Treva Reid and Loren Taylor, both who are running for mayor this fall, used a procedural motion to get the request out of committee and allow the city council to consider it, Taylor said Wednesday in an interview.

“As our city grapples with an increase in violent crime and the limited capacity of our currently understaffed police department, I have reiterated the need to leverage technology to improve our public safety services,” Oakland Mayor Libby Schaaf said Friday in an email to residents. Schaaf urged residents to tell city councilmembers to let the police keep the data collected from the readers for a year. Councilmembers opted to allow police to keep the data for six months.

“The support received from my council colleagues avoided further delay and much-needed action,” Reid said in a statement.

She said the readers give police “enhanced tools to keep Oaklanders safe and hold criminals accountable.”

Reid said in an interview Wednesday that criminals don’t believe they won’t be held accountable in Oakland.

“While ALPR technology is already in use in well-resourced commercial corridors, and in a small fraction of OPD vehicles, it is essential that we pave the way for expanded use across the city to improve safety and address equity,” Taylor said in a statement.

Police have about 20 readers now, Taylor said. The city council’s approval Tuesday may lead to the use of more readers in the future. Taylor and Reid said audits will be conducted to ensure the use of the data by police addresses residents’ privacy concerns. The readers will save police time, and among other things, increase officers’ efficiency, Taylor said.