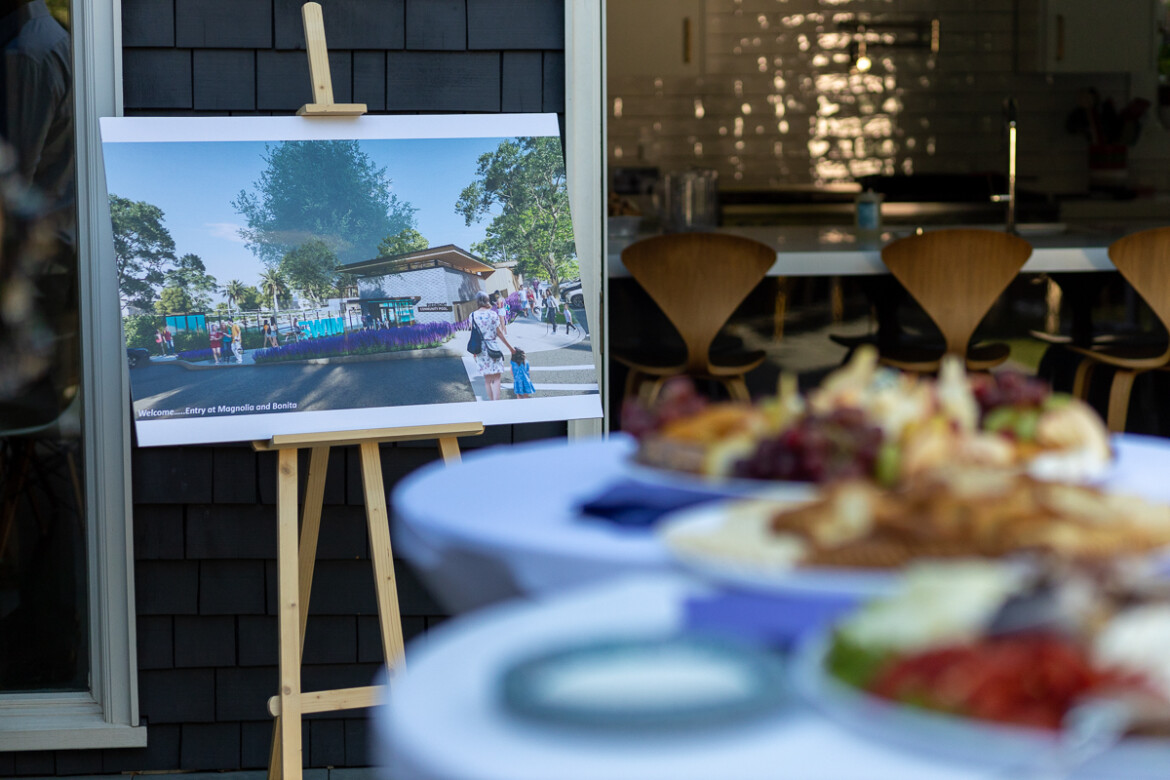 Representations of the new pool complex were displayed at a fundraising event in August.

Optimistic that more competing contractors will bring lower bids, the City Council on Monday voted unanimously to reject the only two bids for the main work for the Piedmont Community Pool project and to rebid the project.

Making changes in the required qualifications of the contractors, City Administrator Sara Lillevand told the council, could attract a longer list of potential bidders, which in turn would likely bring in lower project bids. It’s more important, she said, that subcontractors — not the main contractors as much — have specific pool-building experience.

“We want to encourage more bidders to come in the door, and we have confidence that will happen,” said Lillevand, adding that lower bids aren’t a guarantee, but that it’s worth the effort to try to get them. “Two bidders is not enough competition.”

The rebidding process is to begin Tuesday, Lillevand said. She also said the council will likely see the new round of bids at its Dec. 5 scheduled meeting. This rebidding process, she added, is expected to add from four to six weeks to the pool construction schedule.

On Aug. 15, the council authorized staff to solicit bids from two pre-qualified contractors — SJ Amoroso Construction Co. of Redwood City and Lathrop Construction Associates, Inc. of Benicia for the pool project. Amoroso’s bid came in at about $24.6 million, and Lathrop’s at about $26.15 million. The estimated cost to build the pool and associated buildings is about $21.6 million.

Because both bids exceeded that $21.6 million figure by more than 15 percent, the city’s pool project team recommended rejecting both bids and modifying the bid documents to expand eligibility to a wider range of prospective contractors.

George Samen, Griffin Structures’ project manager for the Piedmont pool project, told the council Monday he believes the high bids were the result partly because there were too many variables in the bid schedule, which created questions for both the contractors and for potential subcontractors on the project. The city also plans to simplify the scope of portions of the work itself to provide additional clarity to prospective bidders.

Addressing a question by Councilmember Betsy Smegal Andersen, Clarence Mamuyac – president and CEO of Berkeley-based ELS Architecture and Urban Design, which is doing the pool’s schematic design – told the council that cutting back on the project’s electrification element to save money would require a significant redesign. Delaying work on the pool project, he said, likely wouldn’t save money, either, as prices rarely come down in the long run.

The council in April moved ahead with changes to pool design plans to save money. The biggest modifications were eliminating most of the second story of the pool complex building, and putting the work on a tighter schedule to help fend off rising costs of materials and labor.

It will be “the same project, the same design … we don’t think it’s time to cut back further,” Lillevand said Monday.

The pool will be paid for with $19.5 million raised by general obligation bonds as part of Measure UU approved by Piedmont voters in November 2020, and with money raised by the Piedmont Recreational Facilities Organization, which has a goal of raising $2 million. Lillevand praised the PRFO and its efforts and said she was loathe to ask for more. “We don’t think it’s appropriate to raise that much more (money),” she said.

In other actions, the City Council on Monday: