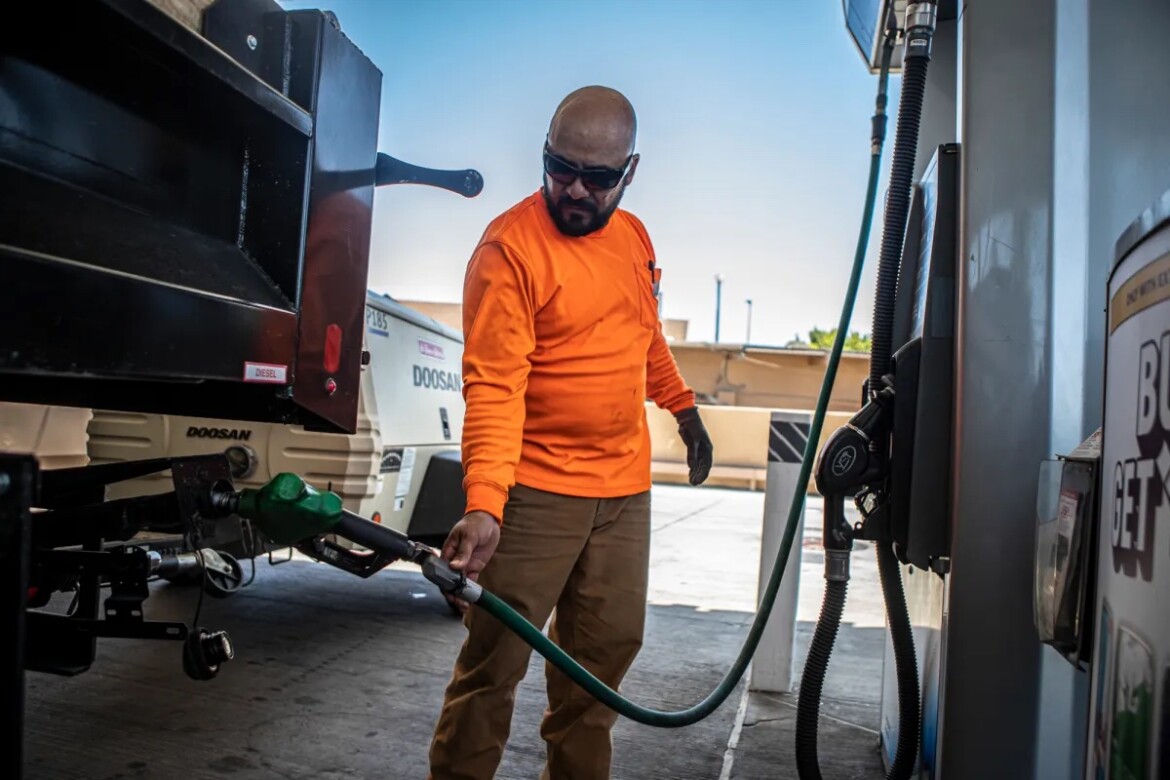 Adolfo Buenas fills up his work truck at a Chevron gas station in Fresno on June 23, 2022. Photo by Larry Valenzuela, CalMatters/CatchLight Local

Driven largely by increases in the cost of food, housing and health care, inflation rose 8.2% in September compared to the same time last year, the U.S. Bureau of Labor Statistics announced Thursday.

And the core inflation rate — which excludes volatile food and energy prices — soared by 6.6% over the same period, marking the largest uptick in four decades, according to the department.

The news doesn’t bode well for California, which already has a higher percentage of residents living in poverty than any other state in the nation when the cost of living is taken into account.

And Californians are also paying the highest gas prices in the country, according to AAA: Although the average cost for a gallon of regular fell to $6.20 in the Golden State on Thursday — down from a near-record high of $6.42 last week — that’s still much higher than the national average of $3.91.

But relief is on the way: California last week began sending $9.5 billion worth of rebates to millions of residents to help cover the soaring cost of living, though some may not see their checks until January.

Meanwhile, Gov. Gavin Newsom’s administration announced last week that it’s set to distribute a second round of $1.4 billion by the end of the year to help cover utility bills for Californians behind on their electricity and water payments.

And Newsom’s office continues to point to his proposal to enact a windfall profits tax on the oil and gas industry — which he wants state lawmakers to consider in a special legislative session starting Dec. 5 — as a way to return more money to Californians.