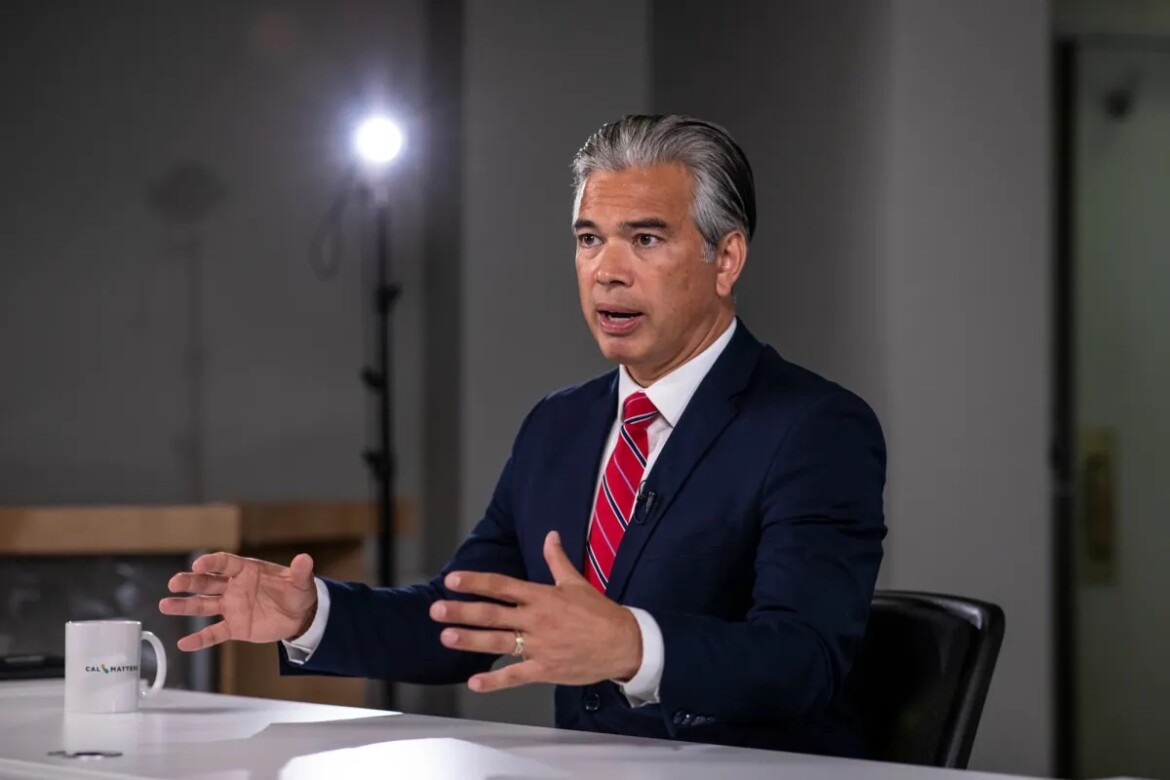 California Attorney General Rob Bonta is interviewed at the CalMatters offices in Sacramento on Oct. 11, 2022. Photo by Martin do Nascimento, CalMatters

If this week is any indication, Attorney General Rob Bonta is on a mission.

On Wednesday, he announced that his office would conduct an independent investigation into last year’s redistricting in the city of Los Angeles following the explosive publication of a secretly recorded meeting in which three city council members and an influential labor leader could be heard making racist comments, insulting their colleagues and plotting how to draw city council district boundaries to consolidate Latino political power.

Also Wednesday, Bonta issued an update on his office’s efforts to limit the spread of fentanyl, a super-powerful synthetic opioid largely responsible for record-high fatal overdoses in California. Since April 2021, Bonta said, his office has seized more than 4 million fentanyl pills and nearly 900 pounds of fentanyl powder and performed more than 200 arrests.

If it sounds like Bonta — who was appointed attorney general by Newsom in March 2021 — has broadened the scope and emphasis of the Department of Justice, you’d be right.

In an hour-long interview with CalMatters, Bonta said he’s “never, ever” followed the advice he received early in his political career to focus on just a few signature issues. For other takeaways from the interview — including Bonta’s stances on the death penalty and cash bail, and what he plans to do after lawmakers killed a bill he sponsored in response to the U.S. Supreme Court decision expanding gun rights — check out this comprehensive breakdown from CalMatters’ Ben Christopher.