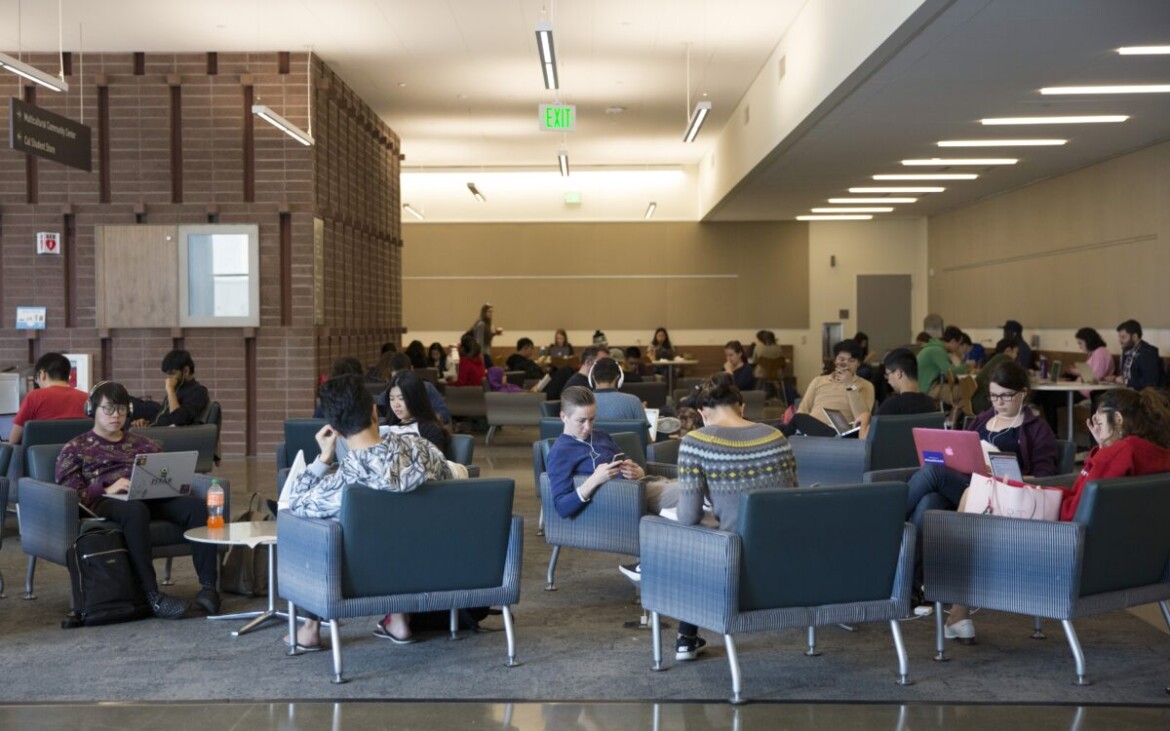 The U.S. Supreme Court is set to soon decide whether race-based programs in admissions are lawful. California, where voters banned affirmative action in 1996, has already been down that road, and University of California officials have asked the court to allow race-conscious admissions policies elsewhere.

The proof of their need, officials and college access advocates say, is in UC’s series of failed efforts to increase diversity without affirmative action. The system’s latest attempt to make admissions more equitable was its high-profile decision to eliminate standardized test scores, but that too has so far had little impact in improving racial diversity.

The conservative-leaning Supreme Court is scheduled to hear arguments on Oct. 31 in two cases, against Harvard University and the University of North Carolina at Chapel Hill, and could overturn a long-standing precedent allowing the consideration of race in college admissions.

UC has since implemented a number of policies designed to increase diversity, from outreach efforts targeted at low-income students to admission guarantees to more students. But while those policies improved geographic diversity and increased enrollment among low-income students, they have failed to bring racial diversity to UC’s student body that’s representative of the state, UC acknowledged in an amicus brief it filed to the Supreme Court this summer.

UC told the Supreme Court that “despite its extensive efforts, UC struggles to enroll a student body that is sufficiently racially diverse to attain the educational benefits of diversity.”

“The shortfall is especially apparent at UC’s most selective campuses, where African American, Native American, and Latinx students are underrepresented and widely report struggling with feelings of racial isolation,” the university stated.

UC concluded to the court that its decadeslong experience with race-neutral admissions “demonstrates that highly competitive universities may not be able to achieve the benefits of student body diversity through race-neutral measures alone.”

The university’s newest policy change — eliminating standardized tests — could be the latest evidence that even admissions policies that remove barriers can’t achieve racial diversity to the degree that affirmative action would. Critics of the SAT and ACT have said the tests are biased in favor of affluent, mostly white and Asian students with better access to test preparation, tutoring and the ability to take the exams multiple times.

In 2020, the system of nine undergraduate campuses eliminated standardized tests in admissions, a decision that college access advocates hoped would result in higher enrollments of Black and Latino students.

Some UC officials say it shouldn’t be surprising that eliminating the tests hasn’t made a major difference in the racial makeup of UC students.

“I think individuals all throughout the country and throughout the world that were watching the University of California kind of made an assumption that things drastically changed. And that’s not the case,” Whittingham said.

At the same time, officials note that test scores are just one barrier for underrepresented students. Access to supports like college counseling, Advanced Placement classes and small class sizes remain unequal across California and the country.

Others are cautioning, though, that it’s too early to draw conclusions because the system has only been through two admission cycles without standardized tests and because there have been many other factors at play since the onset of the Covid-19 pandemic. In the brief UC filed to the Supreme Court, the university wrote that it’s not yet clear what the impact of eliminating the tests will be.

“I would hesitate to draw conclusions from any singular data point over the last two years. Combining the effects of the global pandemic, with all the various things that went on, and then with the SAT requirement changes on top of that, I think it’s going to take a while before any of that makes sense in context,” said Dale Leaman, executive director of undergraduate admissions at UC Irvine.

After Proposition 209 banned UC from considering race in admissions, “freshmen enrollees from underrepresented minority groups dropped precipitously at UC,” the system wrote in the brief it filed to the Supreme Court.

That was true for each of UC’s campuses, but especially at its most selective campuses: UCLA and UC Berkeley. At UCLA, for example, Black students made up 7.13% of the freshman class in 1995 but just 3.43% in 1998. The proportion of Latino students dropped from 21.58% to 10.45% over the same period.

“There’s no question that when Prop. 209 passed, there was a real dampening effect on racial equity efforts,” said Audrey Dow, senior vice president at Campaign for College Opportunity, a group that advocates for better access to California universities.

Since Proposition 209 was approved by voters, UC has tried to increase diversity through several initiatives. The system has spent more than half a billion dollars implementing outreach programs, such as its Early Academic Outreach Program in which UC works directly with students from underserved high schools and helps them complete all admission requirements and apply for financial aid. While those kinds of programs have helped UC enroll more low-income students, they haven’t been as effective in enrolling higher percentages of Black and Latino students enrolling, according to the Supreme Court brief.

In 2001, UC also implemented a local program that now guarantees admission somewhere in the system to California residents who are in the top 9% of their high school class. The program is a way to ensure that students at schools across the state have access to UC, and it has helped the system improve its geographic diversity. However, like the outreach programs, the local guarantees “have not substantially increased the racial diversity of students admitted to UC, and they have had little impact at the most selective campuses,” UC wrote in the brief.

Also in 2001, UC introduced holistic review in admissions. The system went from primarily using grades and test scores to determine whether a student was admitted to instead using the 14 factors — now 13 with the elimination of test scores. Among the factors that UC now considers is the location of a student’s high school as well as a student’s accomplishments in light of special circumstances, such as whether the student is low-income or the first in their family to attend college.

But UC acknowledged in its Supreme Court brief that holistic review “has not been sufficient to counteract the declines in diversity after Proposition 209.”

California voters recently had a chance to reverse course and allow UC to consider affirmative action. Proposition 16, on the ballot in 2020, would have repealed Proposition 209, but it was defeated.

For example, if one applicant scored a 1200 on the SAT and had the highest score at their school, that might be more impressive to application readers than an applicant who scored a 1300 but went to a school where that score was only average.

That may explain why UC’s freshman cohort that entered in fall 2021 didn’t look significantly different from previous fall cohorts. About 4.4% of the class were Black students, compared to 4.1% in fall 2020. The share of Latino students was 26%, compared to about 25% the previous year, and that slight uptick may be attributed at least partly to demographic changes in California’s high school students.

Whittingham added that she thinks there’s “potential” for the elimination of test scores to eventually lead to more enrollments of Black and Latino students, but she doesn’t expect it to be a dramatic change.

Dow of the Campaign for College Opportunity said that eliminating the SAT and ACT from admissions was a “huge signal to students that you have a spot, you are welcome at the University of California.” That’s why, Dow said, UC saw a huge increase in applications for fall 2021 admissions, when freshman applications were up by about 18%, which included large spikes in the number of Black and Latino students applying.

Dow added, however, that UC won’t see those application trends translate into enrollments unless it can significantly expand capacity.

“There simply isn’t the capacity to fit everybody that is eligible and deserving of a seat,” Dow said. “I think as we figure out the capacity challenge, we will continue on the track of eliminating barriers to students of color to the UC.”

UC has made it a priority to expand capacity and plans to add another 23,000 students by 2030. However, that could be challenging at some campuses, especially the most competitive ones like Berkeley, which already is overcrowded to the point that it turns away thousands of students from on-campus housing every year.

Some UC officials are optimistic that eliminating the SAT and ACT will eventually translate to more enrollments of Black and Latino students. Leaman from UC Irvine as well as admissions officials with UC San Diego and UCLA told EdSource that they think it’s possible their campuses will see a higher percentage of those students enrolling in the coming years. That could be especially true if the negative impacts of the Covid-19 pandemic lessen since Black and Latino students have been more likely to have their educational plans disrupted by the pandemic.

If that happens, it would be a divergence from UC’s past measures that have failed to increase racial diversity across the system.

In its brief to the Supreme Court, UC wrote that its own experience demonstrates that universities need to “engage in limited consideration of race” in admissions.

“Such consideration remains justified by universities’ compelling interest in achieving the educational benefits of diversity — in bringing together young adults from all walks of life, who have had varying experiences informed by their localities, socioeconomic background, upbringing, and race, and instilling in them a capacity to appreciate each other’s viewpoints,” UC wrote.