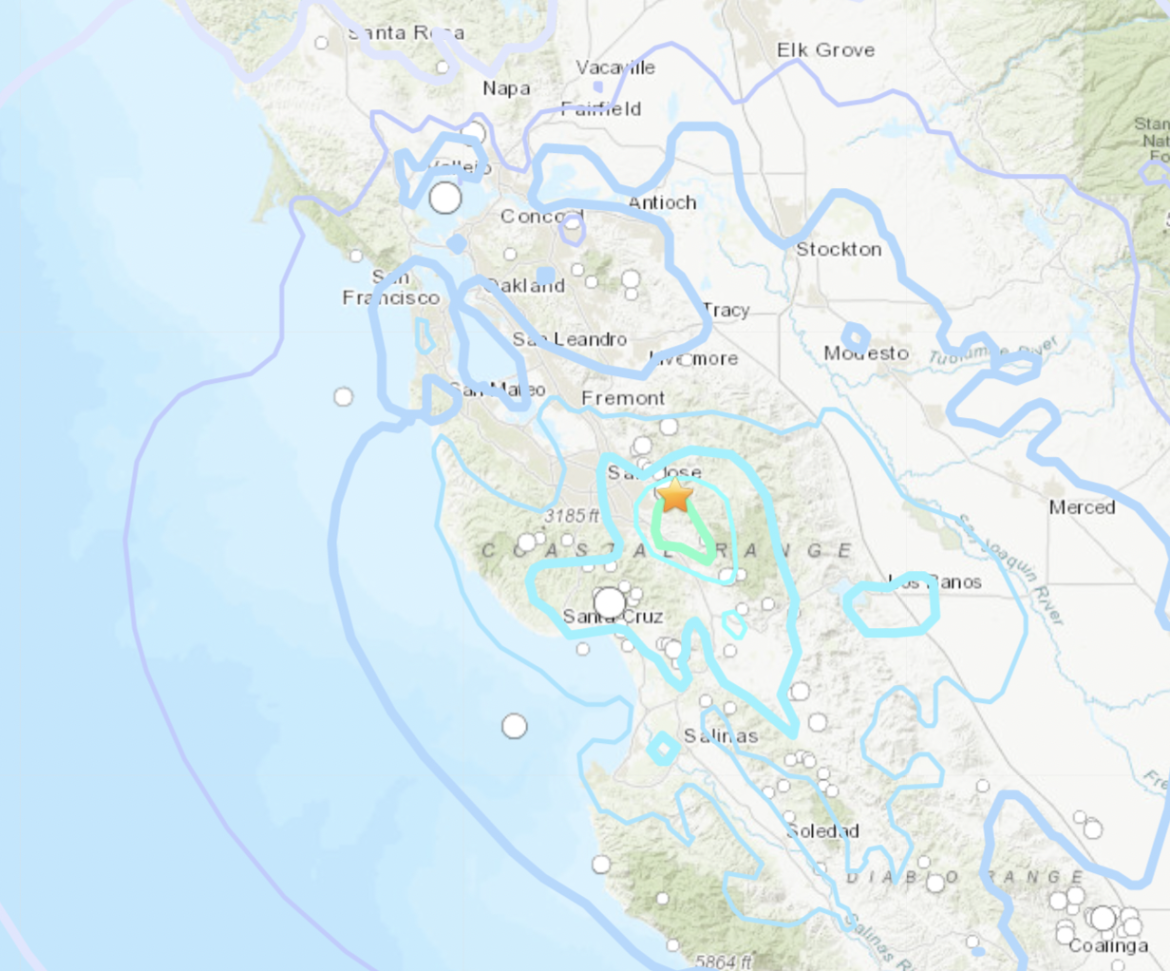 USGS map of the epicenter and shaking range

Some Piedmont residents felt a slight roll when a magnitude 5.1 earthquake shook the region at 11:42 a.m. Tuesday, but the brunt of the shaking was felt more strongly elsewhere on the Peninsula, the South Bay and SF. Residents with the MyShake app installed reported receiving alerts.

The quake hit at 11:42 a.m. with a depth of 4 miles, just south of Mount Hamilton in the hills about 12 miles east of downtown San Jose, according to the U.S. Geological Survey. A magnitude 2.9 aftershock struck shortly after at 11:47 a.m. in the same area, followed by a magnitude 3.5 aftershock at 3:08 p.m.

From SF Gate: “There were no damage reports on Tuesday as of 3:30 p.m. The San Jose Fire Department said at 12:13 p.m. that it had not received any emergency calls related to the temblor. More than 18,000 people reported on the USGS website that they felt the quake, with reports coming from as far north as Fairfield, as far east as Stockton and as far south as King City, the USGS said. “

Do you know what to do in an emergency? Big earthquakes can cause fires. The City of Piedmont is hosting a wildfire evacuation drill on Nov. 5 and first responders will be at Community Hall at 10 a.m. on Nov. 5 if you want to ask questions about preparedness.