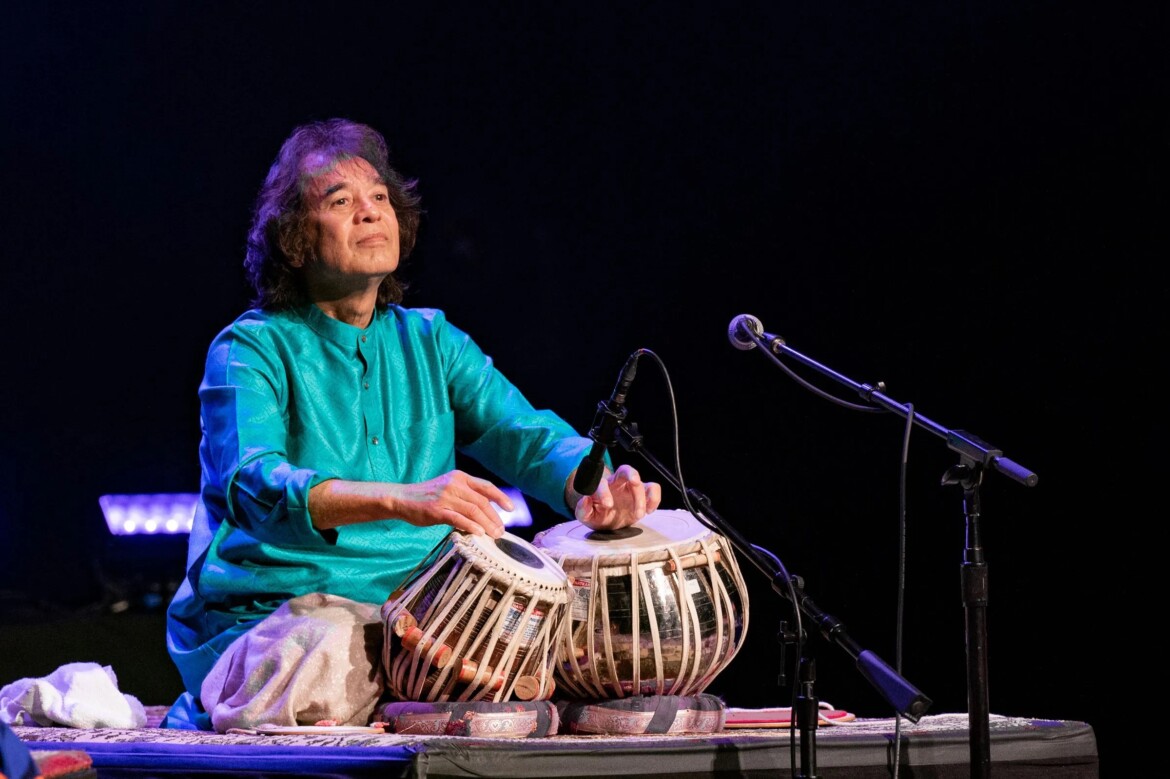 Tabla virtuoso Zakir Hussain will join renowned Indian playback singer Suresh Wadkar in a concert at the San Jose Center for the Performing Arts on Friday.

Hussain and Wadkar will blend their talents in “Sukoon,” a jugalbandi that celebrates their unique blend of their musical styles. “Music is global — it is actually beyond the boundaries of religion or nation,” says Hussain. “Harmony is within us. Only when we allow the outside world to disturb our inner peace, do we feel distanced from each other.”

Hussain, who now lives in San Francisco, was born into a family of musicians in Mumbai. His father, tabla maestro Ustad Allah Rakha Khan Qureshi introduced Zakir to the world of rhythm and sound at an early age. He would wake the 8-year-old at 2 a.m. to learn the patterns (bols) that the tabla can produce and have Zakir sing them back to him. Father and son would discuss rhythms, old masters and great musicians, in nights that Hussain describes as magical.

At 19, Hussain was sent to perform with Ravi Shankar in New York as his father’s replacement. It marked the beginning of Hussain’s skyward trajectory as a percussionist.

In May of 1970, he performed with sarod master Ali Akbar Khan and sitar player Indranil Bhattacharya at the Family Dog on San Francisco’s Great Highway. NPR, which lists the performance in its Editor’s Picks, calls it riveting.

Grateful Dead sound engineer Owsley Stanley, who recorded the concert, included it in “Bear’s Sonic Journals,” his archive of live concert recordings from the 1960s to the 1980s.

“It really set the tone of how I would present myself to my fellow musicians — whoever I was accompanying — for the rest of my life,” Hussain told NPR.

Hussain has won various accolades for his music, including the United States National Endowment for the Arts’ National Heritage Fellowship, the Padma Shri and the Padma Bhushan.

He grew up in a traditional Marathi family in Mumbai’s Lower Parel, where his parents worked at a cloth mill. His father noticed Suresh’s gift of a melodious voice and enrolled the 8-year-old in a music school.

His voice caught the attention of singers Lata Mangeshkar and Asha Bhosle, and he began singing for composers Kalyanji-Anandji, Laxmikant-Pyarelal and Ilaiyaraja. Wadkar began a flourishing career as a playback singer in Hindi, Marathi, Konkani and Bhojpuri films. He also recorded bhajans and albums in Odia.

Raj Kapoor’s “Prem Rog” was the turning point of Wadkar’s career. He became the voice of Rishi Kapoor in movies like “Heena,” “Prem Granth,” “Bol Radha Bol,” “Vijay” and others.

This article originally appeared on India Currents on Sept. 3.