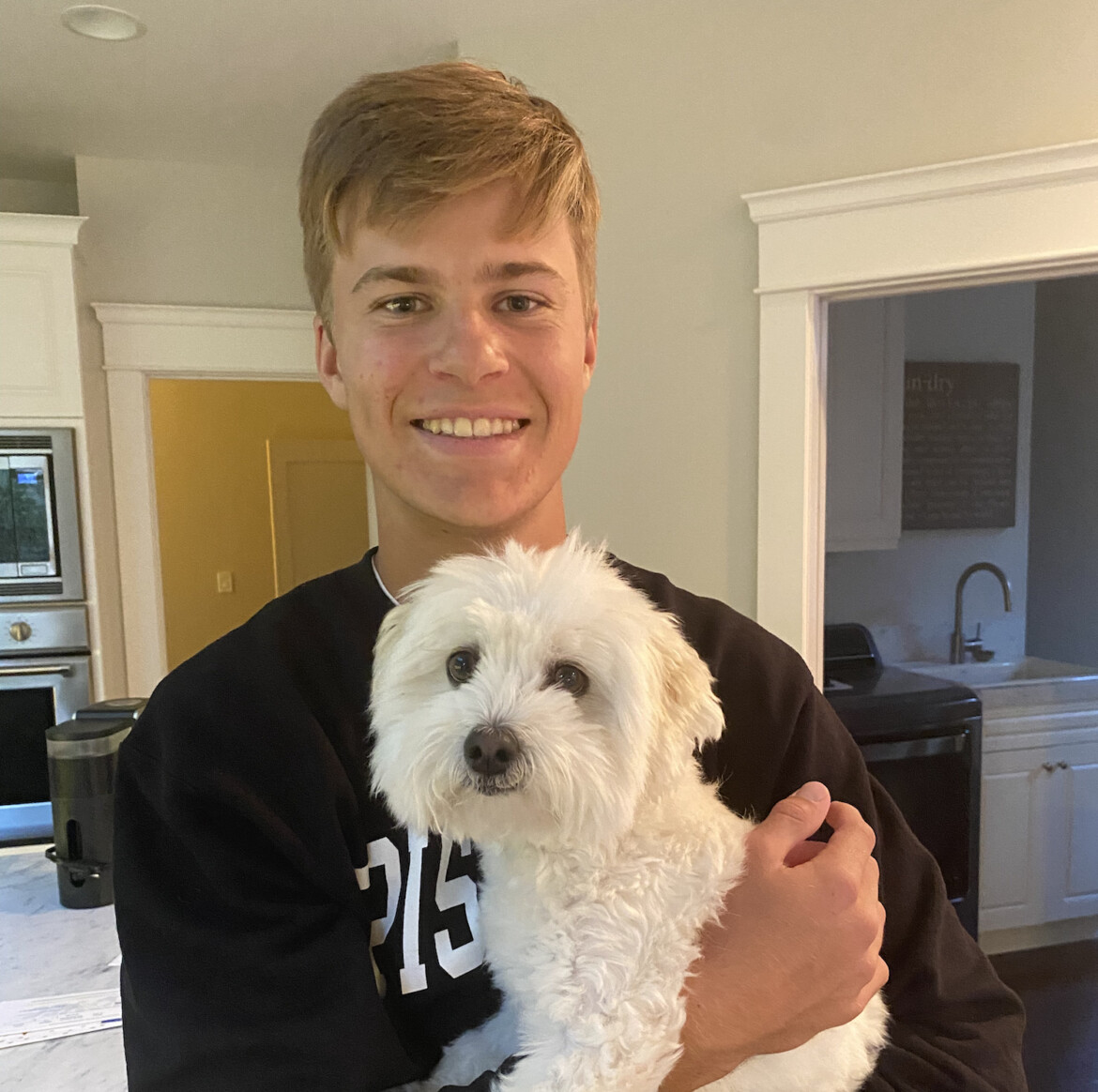 Adoption story: We adopted Beau from a breeder in Fresno. They had multiple litters and a total of 15 puppies to choose from. We had no idea what we were doing when we picked Beau but we got lucky and picked a good one! He’s a very sweet and loyal dog and really loves his family.

Likes: He loves people. He loves to sit next to anyone on the couch, his family members or anyone that visits. He loves his dog walker Drew and Drew’s dog Tucker. Tucker is a chihuahua that Beau loves to play with for hours. He also loves to sing when people are singing.

Interesting facts: His temperament is almost like a cat. He sleeps on the back of the couch all day and looks out the window. He watches squirrels, birds, and cats passing through our yard and barks at them. He doesn’t necessarily come when called. He thinks about it and decides whether he will respond to the command. Beau is very quiet.  He doesn’t bark or whine when he wants something.  He lays really flat on the floor and stares at you when he wants something.  He is very patient and can lay like this for a long time until you figure out what he wants, whether it’s to be fed or to go outside or play.